Border collies, Australian shepherds, and even a chihuahua can be found enjoying and helping on the farm. 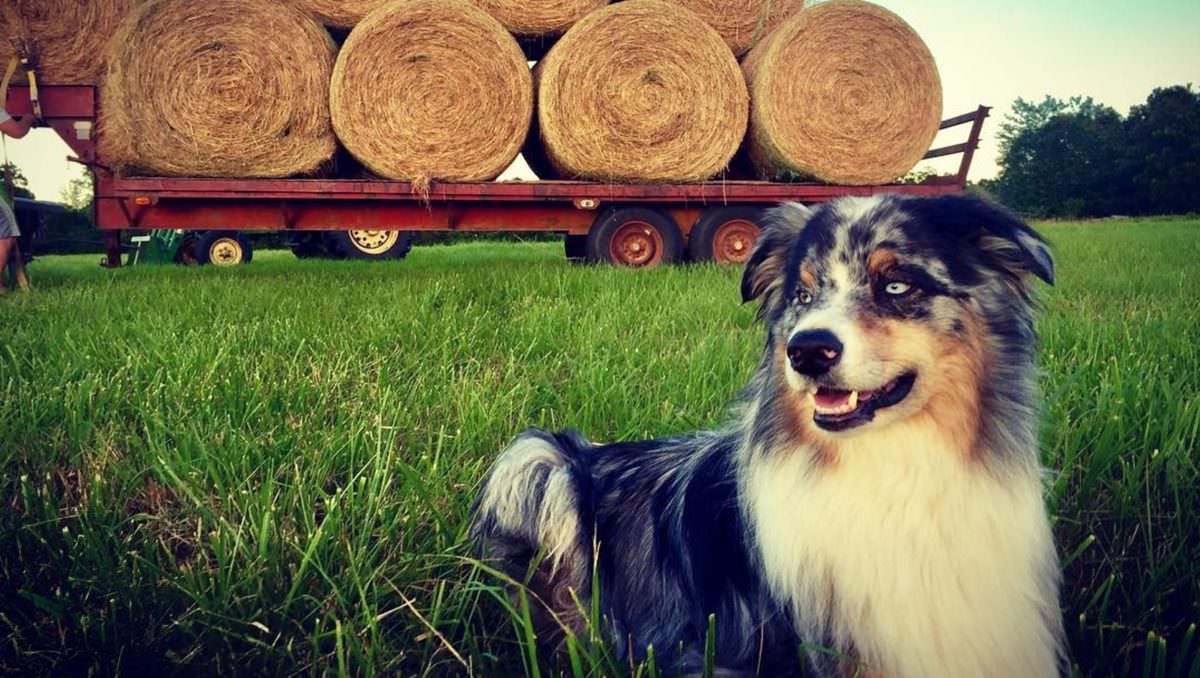 In the case of babies, it can reserve the Instagram handle for later; it can sequester fawning pictures so as not to litter the feeds of followers with dozens of near-identical shots; but most importantly for us, it allows us to get really specific with what kind of cute animals we’d like to follow. We set out to find ten of the best Instagram accounts for working farm dogs – how hard they work did not factor into our decision – because a happy romping dog is the best kind of dog. Here are some of our favorites.

Django is a border collie mix who suffers from Addison’s disease, an adrenal disorder, but seems perfectly happy to run around his farm with other dogs, cats, sheep, and chickens. He’s also popular enough to shill products, impressive for a dog.

Just hangin with mom while dad picks out a new toy.

And on Tuesday’s I mow the lawn on my human Dad’s fancy ride-on lawn mower. I’m still learning, so taking it slowly he he! Being a dog on a farm is so busy! #bordercolliesofinstagram #talented

Border Collie Nelson is only two years old – we strongly recommend scrolling back in his feed to find puppy pictures – but he already shows a strong appreciation for good hard farm work.

These three dogs seem to have boundless energy on their farm – almost as much as their owner, who likes to add little dialogue bubble memes to the photos.

Roux is, incredibly enough, a Carhartt-sponsored farm dog, a big change from an earlier life that found the pup abandoned in a box.

yay passionfruit season is here! i mostly use them as balls for chasing and throwing but i hear they taste good too ðŸ˜‚

Sawyer, a farm dog in tropical Florida, has a different set of crops to monitor. You’re just as likely to find Sawyer near a bushel of passionfruit or a mound of mangoes as, say, in a corn field.

Get moving you stubborn lambs

Normal service resumed… This morning I ate one of the girls’ car seats whilst my owner took the big girl into school; I then jumped out of the Land Rover window and chased a huge horse around the common at the smaller girl’s nursery (it was was having a gentle walk around when I first saw it but I made it gallop at full speed after only a couple of minutes); and then back to the farm for a spot of ratting where, in my excitement, I bit two of the cows on the nose when they got too close, thinking they were rats. Did not catch a rat though.

Walter’s owner seems to like to highlight the mischief and bad behavior the Parsons terrier gets up to on a farm in Oxfordshire, England. To be fair, Walter really seems to like chasing anything that moves.

Can you tell we’re homesick for the farm life!?ðŸ˜‰ This Texas heat and the suburbs are making us miss Maine more than usual. So grateful to have such a lovely place to be heading back to soon! #puppylove #dogstagram #dogsofinstagram #instadog #goatsofinstagram #goatfarm

We don’t see too many chihuahua farm dogs; they were bred for companionship rather than as working dogs. But nobody told that to Lola, who lives at Sunflower Farm in Maine.

Alfie is a Jack Russell terrier who lives on a farm in Nottinghamshire, England. Jack Russells aren’t the most common farm dogs, instead bred for hunting, but Alfie seems to love nothing more than to run around his beautiful farm.