What’s the Deal With the Trump Administration Ordering USDA Staff Not to Say “Climate Change”?

The Guardian said one thing, the USDA said another. Here's our explainer. 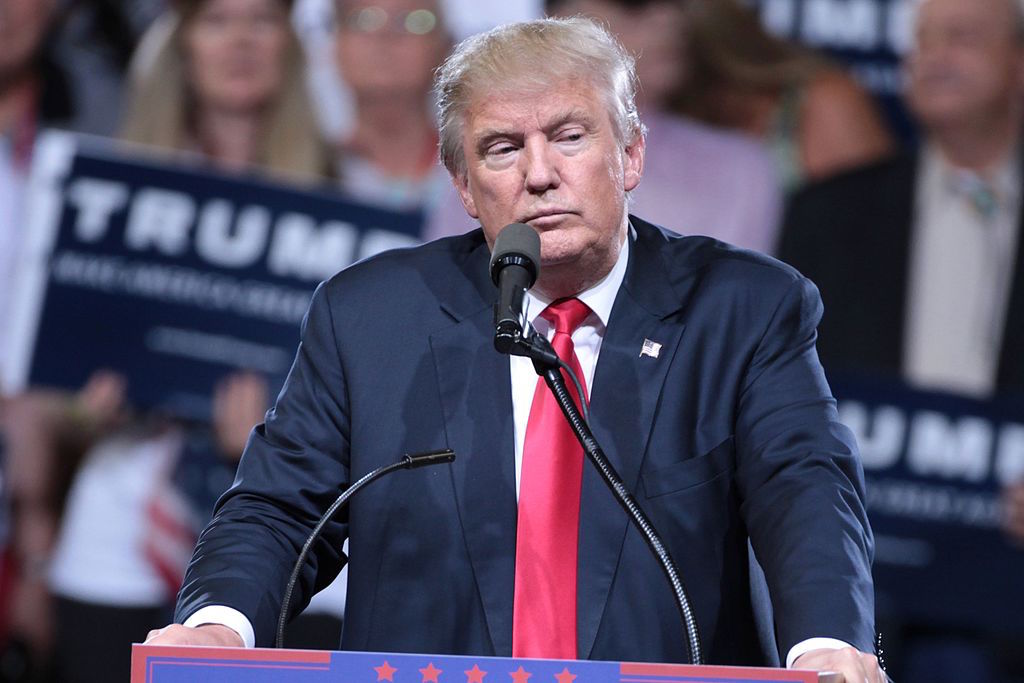 According to The Guardian, the staff at the USDA’s Natural Resources Conservation Service (NRCS) were told to avoid the term climate change and instead use “weather extremes” when publicly discussing the issue. The NRCS is tasked with protecting natural resources on private lands; collecting and sharing information on soil, water, air and plants; and providing technical and financial help to farmers and ranchers. The Trump administration, however, is saying it’s all a misinterpretation. Here’s what’s going on:

In a email dated Feb. 16, Bianca Moebius-Clune, the NRCS director of soil health, says to refer to “resilience to weather extremes” rather than “climate change adaption.” There were also changes for any terms related to the connection between human activity and climate change. For instance, the staff was told to replace “reduce greenhouse gases” with “build soil organic matter, increase nutrient use efficiency,” and “sequester carbon” with “build soil organic matter.” In the same email, Moebius-Clune says she and her staff had been given the new language and told to share it with others in the agency.

It should be noted that Moebius-Clune stated in the email that the scientific modeling used by the agency wouldn’t be changing, just the way they describe it. Also, there is still a “climate change’ section on the NRCS website that provides information on the subject.

Relatedly, in another email from a month earlier, on Jan. 24, just after Trump was inaugurated, Jimmy Bramblett, deputy chief for programs at the NRCS, wrote that the incoming administration’s priority would not be climate change, unlike under President Barack Obama, and that “prudence” should be used when discussing greenhouse gases.

However, in a statement to The Guardian, the USDA said that this is all due to some staff who had misinterpreted a Jan. 23 memo on interim operating procedures outlining how any new “policy-related statements, legislation, budgets and regulations” needed to be run by the new policy team before being issued. They also said that these instructions didn’t relate to any data or scientific publications. Kaveh Sadeghzadeh, the NRCS head of communications, added that his agency “has not received direction from USDA or the administration to modify its communications on climate change or any other topic.”

Whether this was a misinterpretation of a new policy or blatant censoring, the effect is the same: the downplaying of climate change and the human activity driving it. This wouldn’t be the first time the administration had altered or removed information on climate change. In April, The Washington Post reported detailed climate data and other scientific information related to climate change had been removed from the EPAs website.

The New York Times reports that some scientists working on the National Climate Assessment, a summary of the impacts of climate change on the U.S. that’s mandated by Congress every four years, are afraid the report will be suppressed by the Trump administration. The newspaper got its hands on the draft report, written by scientists from 13 federal agencies, which shows there has been a rapid rise in temperatures since 1980, that we are already feeling the effects of climate change, and that “human activities, especially emissions of greenhouse (heat-trapping) gases, are primarily responsible” for the problem. The report hasn’t been released to the public yet and is awaiting administration approval.

It’s no secret that Trump doesn’t believe in climate change, and this would be in line with other moves the administration has made, including the stated intention of breaking away from the Paris climate accord to reduce worldwide greenhouse gas emissions, and his recent nomination for the head scientist of USDA: Sam Clovis, a climate change skeptic with no science background.

In tweet after tweet – more than 100 since 2011 – Trump has questioned the very existence of climate change, without reaching the role of human activity in driving it. There was this classic 2011 tweet, “It snowed over 4 inches this past weekend in New York City. It is still October. So much for Global Warming,” in which Trump misses the fundamental difference between the terms weather (hourly and day-to-day changes in meteorological conditions) and climate (average weather conditions over a longer period of time). Then there was his best known tweet on the subject, from Nov. 6, 2012: ”The concept of global warming was created by and for the Chinese in order to make U.S. manufacturing non-competitive.” Trump later said he was joking, but then in the same Fox & Friends interview called climate change a “very, very expensive form of tax.” Needless to say, no one’s surprised that the Trump administration would downplay anything to do with climate change.