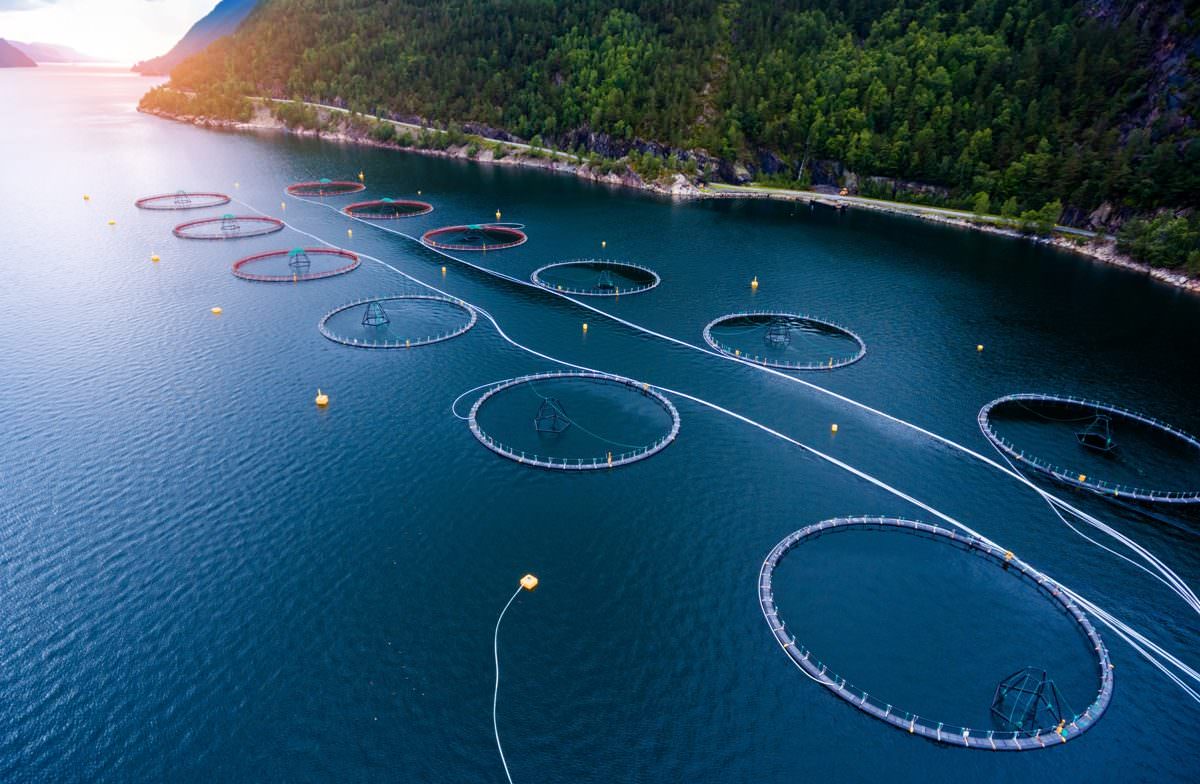 This past Saturday, a salmon aquaculture farm broke. Its anchors pulled loose, allowing the free flow of that non-native Atlantic salmon into the cold waters of the Pacific. Local and federal authorities, fearing the environmental effects of released farmed fish, have encouraged fishermen to catch as many Atlantic salmon as they can, but environmental and scientific groups fear this will not be enough to contain the risk – or encourage more responsible farming in the future.

The farm is run by Cooke Aquaculture, a major firm with farms in Alaska, the Canadian Maritimes, Chile, Scotland, Spain, and elsewhere, which grows salmon, scallops, crab, oysters, shrimp, and other seafood. The salmon farm in Washington, off the coast of Cypress Island (about halfway between the Canadian city of Victoria and Bellingham, Washington), is essentially a fenced-in part of the ocean, containing more than 300,000 Atlantic salmon. The reason for this particular failure isn’t yet known – Cooke claims larger-than-usual tides caused by the eclipse caused the farm’s netting to come undone, though experts have shot this down, stating that larger tides than those from during the eclipse have been in the area for months, and that if the tides were responsible, failure should have happened earlier.

Atlantic salmon is an entirely different fish from those found in the Pacific; the East Coast variety is more closely related to some trout species, and is unable, at least so far, to breed with Pacific salmon. Atlantic salmon is favored for aquaculture because the species grows quickly, is relatively docile, and is increasingly cheap to grow, according to this excellent NPR primer.

Nobody knows exactly how many Atlantic salmon escaped from the Cooke pen; estimates vary so wildly that all we can really say for certain is that many escaped, but not every single salmon in the pen. Fishermen are being encouraged to count any Atlantic salmon they catch.

The potential environmental impact of the Atlantic salmon is sort of an open question, though most agree that thousands of escaped non-native fish is in any way a good thing. Until recent decades, there had actually been multiple attempts to introduce Atlantic salmon in the waters around the Pacific Northwest, and those efforts met with absolutely no stable populations; the Atlantic salmon appear unable to survive in any long-term way in the Pacific Ocean. But even if the foreign salmon’s presence is to be short-lived, there can still be consequences. Like any other non-native species, the Atlantic salmon could decimate food sources, out-compete native fish (including several endangered species, like the Chinook salmon), and possibly introduce waste, parasites, or diseases into the ocean.

With some researchers calling for large-scale implementation of marine fish farms just like this one, the Washington salmon escape serves as a reminder that there’s still work to be done to make sure aquaculture is executed safely.

Popular
Yes, the Government Really Does Stash Billions of Pounds of Cheese in...Emily Baron Cadloff
How to (Actually) Get Rid of Fruit FliesEmily Baron Cadloff
7 Smokable Plants You Can Grow That Aren’t MarijuanaBrian Barth
Paddleboarding Goats Make a Splash on Prince Edward IslandNoah Lederman
What to Do With an Abundance of PeppersShelby Vittek
Explore Modern Farmer
Related
Environment, Plants
Making the Case for IntercroppingShea Swenson
MTMF
Meet the Modern Farmer Helping Immigrant Farmers Sell Their ProduceBridget Shirvell
Animals, MTMF
Paddleboarding Goats Make a Splash on Prince Edward IslandNoah Lederman
Animals, Environment
Ugandan Farmers Embrace Maggots as Solution to Fertilizer ShortageShea Swenson
wpDiscuz
We use cookies on our website to give you the most relevant experience by remembering your preferences and repeat visits. By clicking “Accept”, you consent to the use of ALL the cookies.
Cookie settings ACCEPT
Privacy & Cookies Policy