California Attempts to Grow One of the Only Crops It Doesn’t Already: Coffee

Ah, the terroir of a SoCal cup. 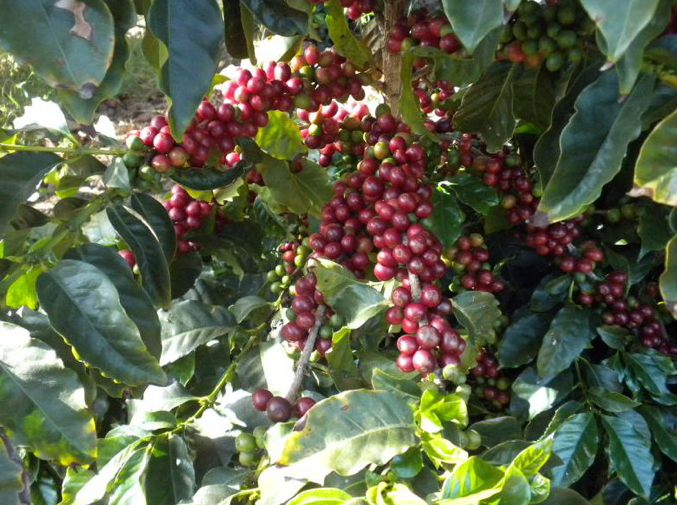 Here’s the thing with coffee: it doesn’t really like to grow anywhere in the continental United States. According to Coffee Research, the crop generally likes two types of environments: subtropical areas with defined seasons at moderate elevation, and tropical areas at very high elevations. The former includes most of Central and South America; the latter, Kenya, Ethiopia, and the like.

The U.S. doesn’t really have anything like that. The closest we get to a tropical climate is South Florida, which doesn’t have nearly enough elevation as it’s basically a gigantic swamp. On the flip side, anywhere with high elevation, like the Southwest, is too dry. So for decades, the only serious coffee-growing region in the United States has been in Hawaii, home of the famous Kona coffee.

But now, the New York Times alerts us to a new effort on the part of California growers to deal with their aridity and figure out a way to make coffee thrive in their agricultural wonderland. The coffee plant is a short bush that prefers the shade of taller trees. California happens to have an abundance of older, lower-yield avocado trees – adding coffee is a potentially ideal way to make these low-yield fields more lucrative. To fight the aridity problem – coffee is a water-intensive crop – California farmers are experimenting with new water-saving techniques. One example: a new tool to separate the skin from the coffee fruit without spraying it with high-powered water hoses, as is typical.

At the moment, the price of these beans is seriously high, but there is definitely a market for high-quality, California coffee, which has scored very well on quality tests. And in time, with new technology and more production, the cost per harvest is likely to go down.

Popular
This Ugly Fish Could Be The Future of AquacultureLindsay Campbell
7 Smokable Plants You Can Grow That Aren’t MarijuanaBrian Barth
Look Out, Bone Broth; Mushroom Broth Might Be Even More MagicalMichelle Rabin
6 Differences Between Llamas and AlpacasAndrew Amelinckx
How to Incubate Chicken EggsBrian Barth
Explore Modern Farmer
Related
Environment
In a Warming World, Canada Could Become a Breadbasket—But Not Without CostsDan Nosowitz
How-To, Plants
How to Plant a Fruit TreeBrian Barth
How-To, Plants
Fruit Trees in the NudeBrian Barth
Environment, Plants
Court Orders Bayer to Pay $265 Million to Farm Hit by Dicamba...Dan Nosowitz
Farm Favorites
Read the latest reviews on our favorite products.
Immigrants Feed America