See what soy protein concentrate can do for you. Or your pigs. 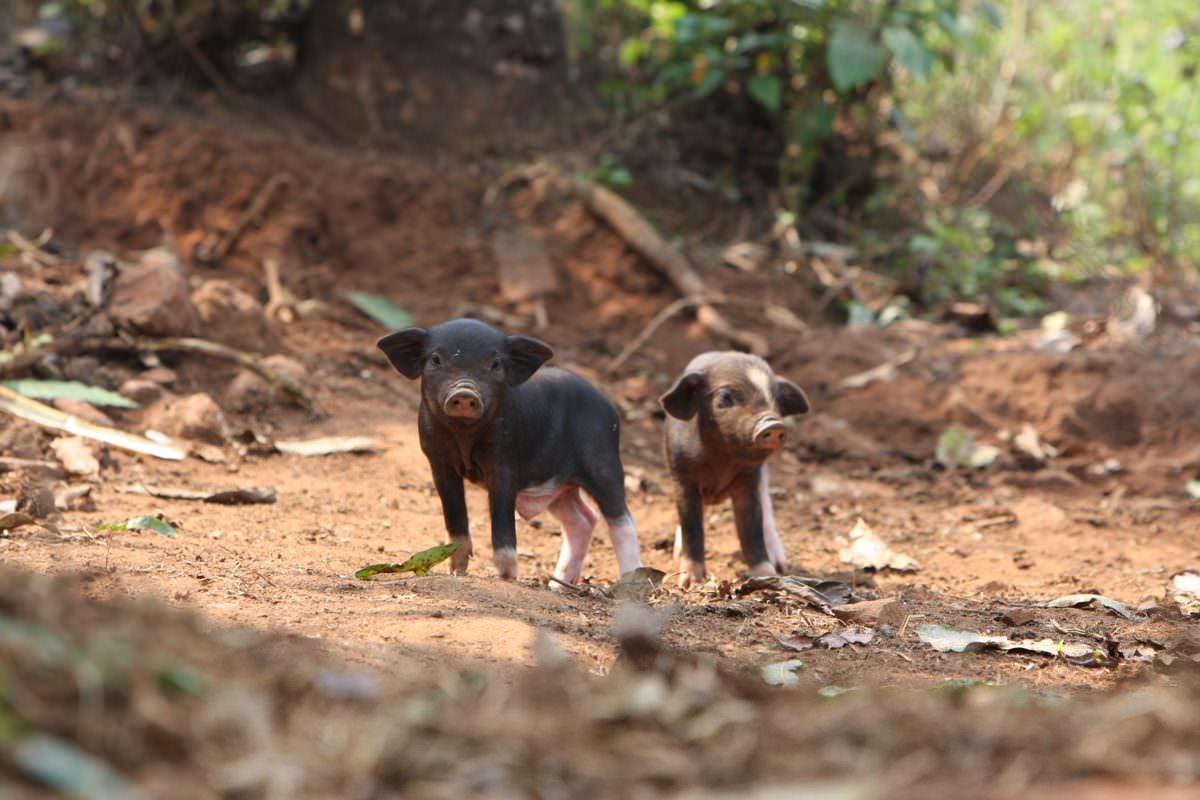 The most pressing of which is simply economical: Feed consisting of only vegetable sources tends to be much less expensive than feed that includes animal protein, which makes it an enticing option for farmers. Until now, a pig’s specific dietary needs have indicated that a vegetarian feed at this stage in the pig’s life isn’t a great option. But a new study from the University of Illinois indicates that with some careful tinkering, it might be possible.

Pigs, like humans, are omnivores with specific protein needs and annoyingly inefficient digestive systems. Pigs, unlike, say, a cow, which uses its multiple stomachs and digestive patterns (like chewing its cud) to maximize the amount of nutrients it gets from every mouthful, need a substantial source of protein in their diets and are incapable of digesting many raw grains. (Us, too! This is why we have to process our wheat and maize before eating it.) Weaner pigs are at an even more delicate point in their development; they also have trouble digesting some plant matter, like soybeans.

This new study, however, examines the efficacy of a type of soy called “SPC,” which stands for soy protein concentrate. SPC is a heavily processed soy that usually uses an alcohol-based extraction method to pull out the most desired parts of the soybean, leaving the less-desired parts behind. After processing, SPC is a pellet or powder that’s around 70 percent protein and 20 percent carbohydrates. (Regular soybeans are more like 55 percent protein and 30 percent carbohydrates.)

The UIUC researchers slotted SPC into a weaner pig’s diet in place of more common (and more expensive) protein sources like fish meal and spray-dried plasma protein (which is basically dried blood flakes), to see if this more processed, more efficient form of soy could serve the pigs well. After messing around with variables – the specific size of the SPC pellets seems to have a significant impact on how well the pigs can digest the SPC – it was determined that that, yes, SPC can in fact serve as a cheap and effective substitution for animal protein.

Soy: there’s basically nothing it can’t do.