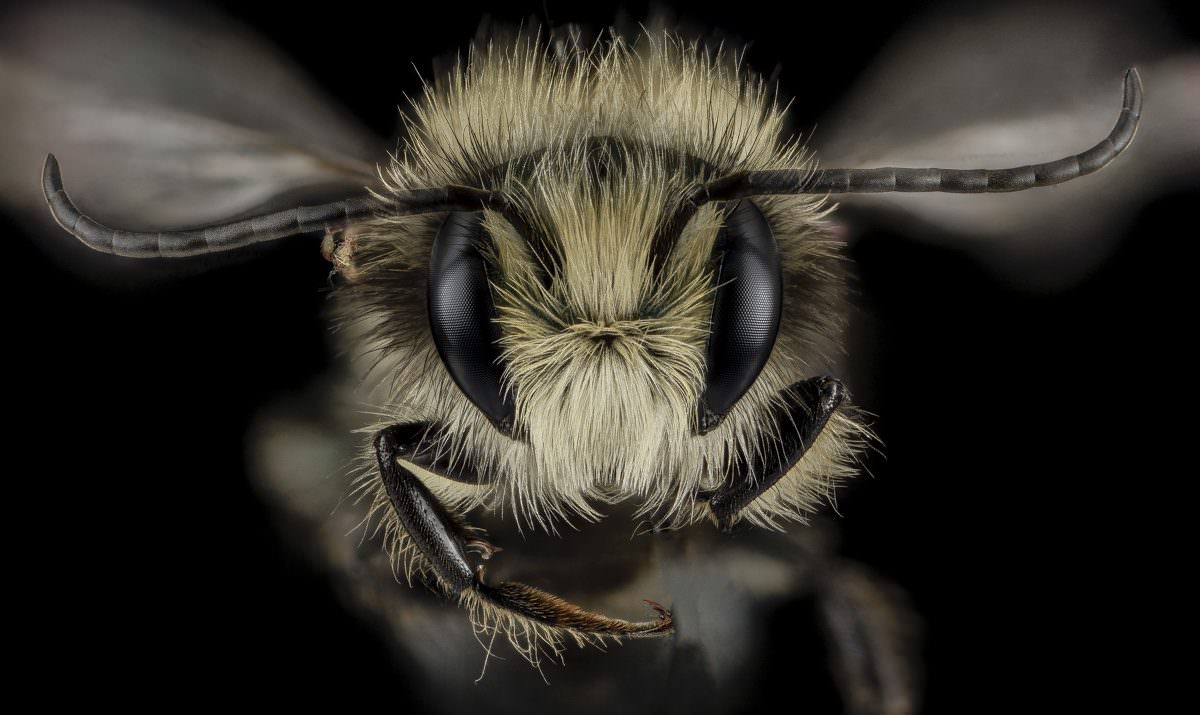 All species of honey bees are Old World insects. They originated in Africa or Asia – we’re not totally sure – before being domesticated and spread to every continent besides Antarctica. The Europeans brought their preferred species of honey bee, the western (or European) honey bee, to the New World in 1622. This all begs the question: what the heck was pollinating the New World’s plants before then?

Well, North America is home to a whole bunch of very different bee species beyond the honey bee, including those sometimes referred to as mason bees or leafcutter bees. Perhaps the best known and most useful of these is the blue orchard bee, which is adorably referred to by the USDA and others as BOB. Haha. Hello, BOB!

Blue orchard bees are very, very different from honey bees. For one thing, they are, as their name suggests, a sort of blue-black in color, unlike the classic striped honey bee. But that’s just the beginning. Unlike honey bees, which form huge, complex hives, blue orchard bees are solitary creatures, though not particularly hostile to each other. Each spring, a female blue orchard bee finds a mate, and then goes on the hunt for a suitable nesting place. They like little holes, tubes or other small spots. Then the mother builds little partitions within the hole out of mud and fills them with pollen and nectar before laying one egg in each partition. Each mother will lay about five eggs. (Check out this tutorial on how to build a native bee hotel, pictured below, to learn more.)

What makes blue orchard bees enticing to farmers, aside from the fact that they’re inherently cool and native to this country, is that they’re actually much more efficient pollinators than honey bees. This is partly as a result of their solitary nature and partly a result of the fact that they they collect pollen with their abdomens, rather than their their legs, which is what honey bees do; BOBs perform this goofy sort of swimming motion within the flower to get pollen to stick to them. This swimming motion is really great for spreading pollen from one plant to another, if not quite as great for actually collecting pollen to give to their broods. 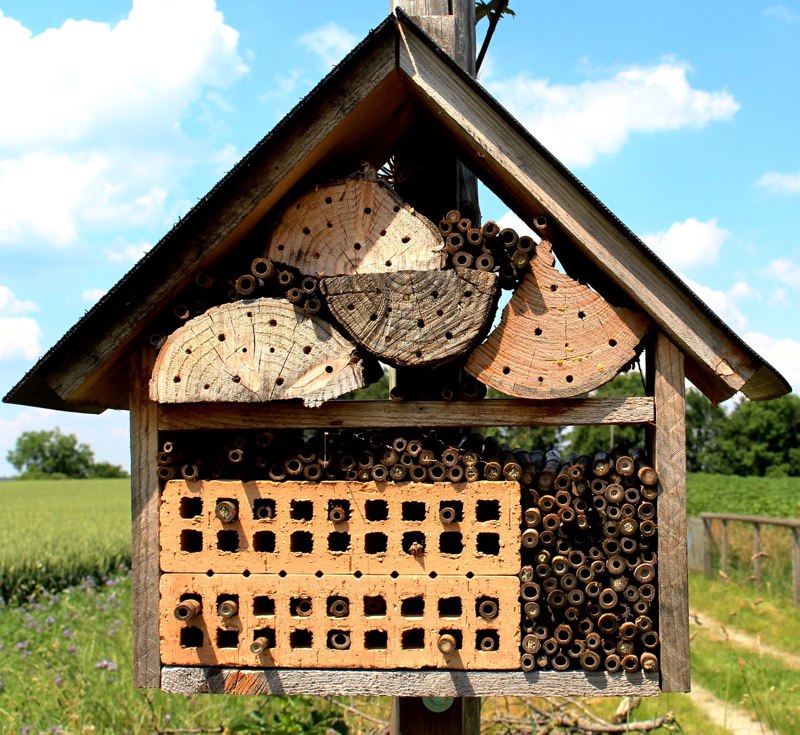 So, you might be asking, why aren’t we going all-in on blue orchard bees as pollinators for fruit and almond trees? The primary reason is that it’s really hard to get them to actually stay in one place and do what farmers want. Blue orchard bees, unlike honey bees, won’t make a hive their home for generations on end; if you release a whole bunch of blue orchard bees near a nice custom-made nest, a good percentage of them will just…fly away. And then you’ll have to do the whole thing again next year. Blue orchard bees might be efficient pollinators, but they’re terrible employees.

A new study from the USDA’s Agricultural Research Service experimented with new ways to entice blue orchard bees to stick around and make our farms and orchards their home. At the moment, usual attempts to attract blue orchard bees consist of a big hive – which you can buy or make pretty easily – and a few smaller satellite hives placed nearby. The new study tried something different: a whole bunch of smaller hives scattered evenly throughout the area to be pollinated. The idea is to stop treating these bees like honey bees, and start working with their quirks and love of autonomy.

Given that this was a single year study, it’s unclear whether this strategy will result in more second-generation blue orchard bees choosing to stay where they were born. But the researchers will be measuring again this summer, and with any luck, we might figure out a way to work with our local friend, BOB.

Im in love with this bee! I discovered my first today collecting necter from iron weed! Great read thanks for the info!