Why Is The Rabbit's Foot Considered A Good Luck Charm? - Modern Farmer
Animals

Why Is The Rabbit’s Foot Considered A Good Luck Charm? 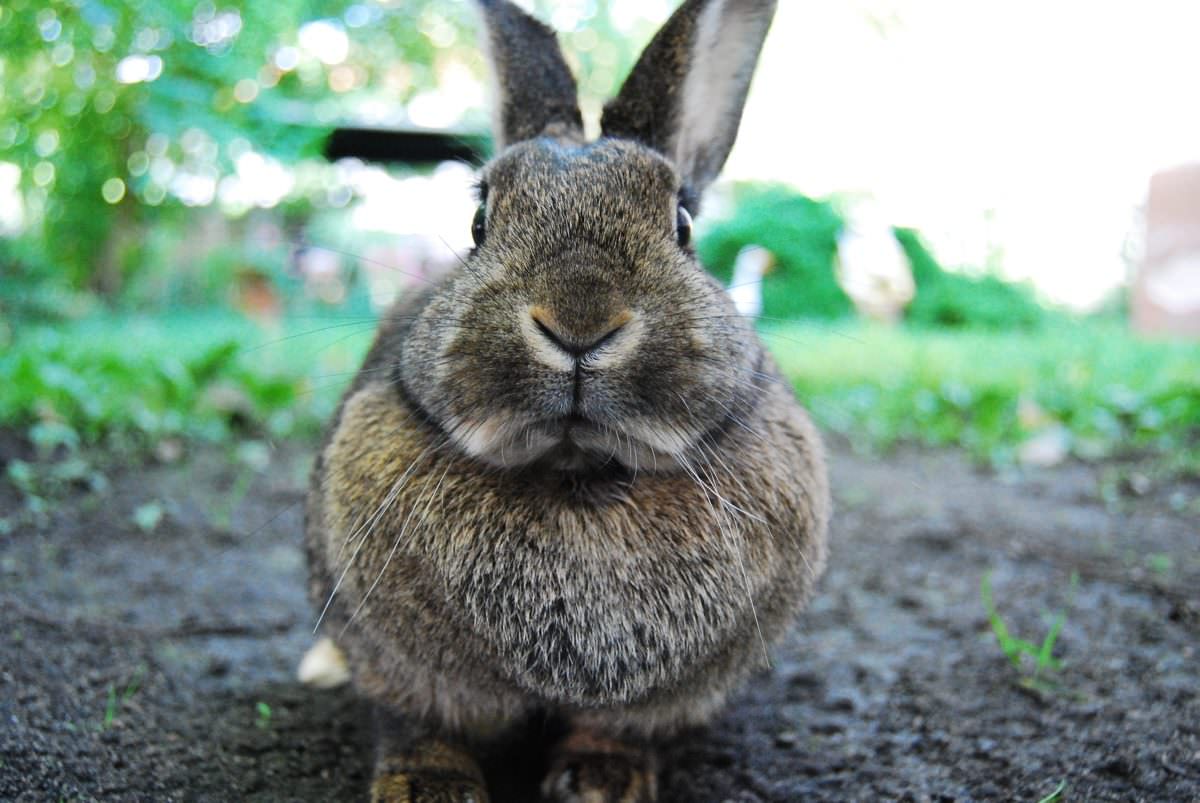 Why the foot? It was thought that to create a totem of good luck, you have to basically do everything according to existing norms of bad luck.

The rabbit, being easy to spot and found pretty much everywhere, has a special place in much of the world’s folklore. In Japan and the Aztec Empire, people noticed that certain dark spots on the moon are shaped like a rabbit, causing members of those civilizations to begin associating the creature with the moon. In China, thanks to its prodigious aptitude for breeding, it’s associate with fertility. Throughout Africa (and now North America, thanks to the influence of the slave trade), the rabbit has a trickster status: wily, evasive and clever.

(You might have notice I didn’t mention the Celts. Their situation is pretty confusing; many sources identify the rabbit as a luck talisman in Celtic Europe as early as 600 BC, often attributing this status to the rabbit’s habit of nesting underground, and thus closer to benevolent spirits. Fun! But the rabbit, though it would have been known to the Celts in mainland Europe, wasn’t introduced to the British Isles until, at the earliest, 100 or 200 AD, by the Romans. The island Celts would instead have known about the hare, which nests … above-ground. More on the hare later this week!)

But this recognition doesn’t necessarily align with the specific history of the rabbit’s foot amulet, and actual historical evidence of it is pretty scarce. That isn’t to say that the Iron Age Celts or Qin Dynasty Chinese didn’t believe in the protective power of the rabbit’s foot, only that we don’t have many stories saying so.

In fact, the documented history of the rabbit’s foot starts much, much later, very far away: 19th century America.

Bill Ellis, in his book Lucifer Ascending, traces back what we know about this iteration of the rabbit’s foot charm. It first shows up in published writings in the late 19th century, primarily by Southern white writers anthropologically discussing the beliefs of black America. By the 1880s, rabbit’s feet were a popular trinket to purchase in places such as New Orleans. The rabbit had an important place in West African folklore, same as it did in Mexico and China and Brittany, though in Africa any rabbity folklore likely referred to the very common African savannah hare rather than the relatively uncommon species of rabbit that inhabit various parts of Africa. And so it remained a major part of what’s variously called Hoodoo or Conjure, referring to the type of spirituality that evolved from the slave trade moving Africans to the US.

In West Africa, the hare is a trickster, not necessarily a uniformly “good” figure. It is admired for its bravery and wit, but has little respect for social mores and is frequently seen taking revenge on authority figures or those in power. (The easiest reference is that of Br’er Rabbit, which gets itself stuck and tricks a fox into releasing it into a thorny thicket patch where it can escape. Br’er Rabbit has pretty clear antecedents in West Africa.)

It makes sense that slaves and former slaves would admire a creature with these traits: witty, intelligent, and able to strike back at the ruling class. The foot, though: why the foot? Ellis suggests that the various prescriptions for securing an amulet from a rabbit are all “backwards elements,” meaning that to create a totem of good luck, you have to basically do everything according to existing norms of bad luck. The person capturing it should be a redhead (bad luck) and cross-eyed (bad luck)! And it should be captured it in the light of the full moon at midnight on Friday the 13th! Ideally, in a cemetery!

The leg rationale is the same: in most folklore, the right side is considered the “good” side and the left is “cursed.” And obviously, the rear is much more sinister than the front. Therefore, the rear left foot had the worst luck of them all. By surviving the experience of capturing this charm despite (or because of) all of this bad luck, the charm itself will be fantastically good luck.