Her paintings sell for thousands of dollars. 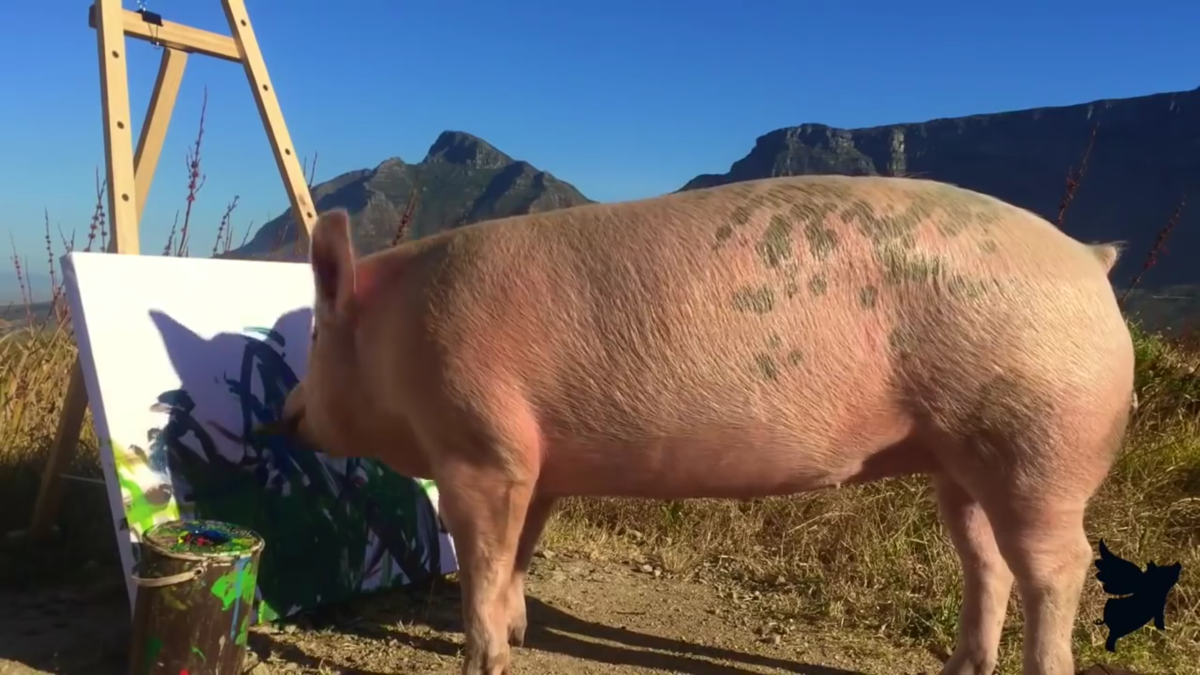 Rescued from a slaughterhouse by a South African animal rights activist at four weeks old, Pigcasso gained her name after showing a curious talent for art: After being given a variety of toys, including a few paintbrushes, Pigcasso became so enamored with picking up and playing with those paintbrushes that owner Joanne Lefson decided to see what would happen if she left out some paint and canvas, too.

Today, Pigcasso seems to love dipping the brush in multicolored paint and dragging it across the canvas. And she’s not the only one who’s into her painting. Pigcasso, who lives on a farm in South Africa dedicated to the recovery of former farm animals, now has her own gallery, and people seem to love her work, paying up to $2,000 for an original. (Proceeds go to the farm, of course.)

Pigs, being curious animals keen on exploration, usually have to be given some form of enrichment in a domestic setting. (“Enrichment” is the zoological word for things like tricks and toys; it serves the purpose of keeping an animal from getting bored, because bored animals can become unhappy and destructive.) Balls for biting and batting around are common, as are dog tricks, like sitting or answering to their name.

Painting is a new one, though. It’s a fun experiment because pigs, like most animals, are dichromats, meaning they have only two types of light-receiving cones in their eyes. (Humans are, with some exceptions, trichromats.) This limits their vision in a few ways – they’re not exactly colorblind, but they can’t perceive the color red, and can perceive far fewer shades of blue and green than humans can.

Is Pigcasso’s dichromacy reflected in her choice of exceedingly bold colors and big, broad lines? Almost certainly not! But it’s fun to think about. Paint on, Pigcasso.

A feel-good story goes with a smashing one, literally. Two beers to Pigasso!

[…] in sight, but this particular pig left one thing uneaten — Lefson’s painting supplies. Per Modern Farmer, “Pigcasso became so enamored with picking up and playing with those paintbrushes that [ . . […]

How to buy Pigcasso’s painting online ? Could you give me the link?