An Israeli coward is a rabbit, but you know what's not a rabbit? A jackrabbit. 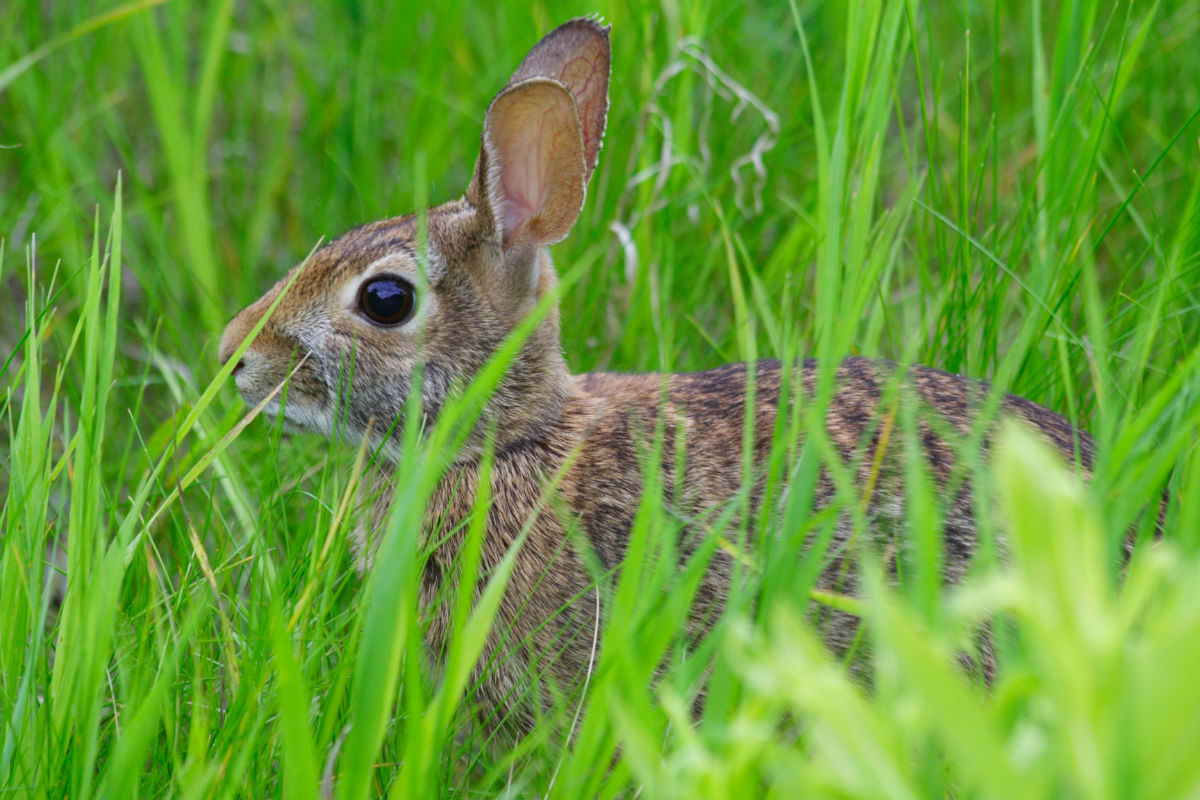 A common mistake! But rabbits are lagomorphs, not rodents; they’re in their own family, along with hares and pikas. (The latter looks sort of like a rabbit crossed with a mouse, and has short ears.) Rabbits are different from rodents in a whole bunch of ways: different teeth, different digestive system, and unlike rodents (some of which will eat pretty much anything), rabbits are herbivorous.

Rabbit diets are really tough; they eat super fibrous, woody plants. Those plants can easily wear down teeth, which is why rabbits have evolved to have teeth that never stop growing. For domestic rabbits, that can be an issue; pellets and other food don’t give them resistance to file down their teeth, so rabbit owners usually give them tough toys to chew on.

They’re hares. To be fair, there are also a few species of animal with “hare” in their names that are technically rabbits.

They Eat Their Own Poop

Haha, gross. The rabbit’s diet is really hard to break down, so rabbits have two kinds of poops: one hard dry pellet, and one soft black orb. The rabbit will eat this soft one again, which allows their digestive system another attempt to wring nutrients out of the food. It’s basically the same idea as a cow chewing its cud, except instead of half-barfing up partially digested food, the rabbit eats pooped-out the partially digested food.

One Is A Living Fossil

Maybe the weirdest rabbit in the world is the Amami rabbit, found only on two small islands in southern Japan. It’s an ancient, primitive rabbit, with small eyes, small ears, short legs, and big claws for climbing. It’s sometimes referred to as a “living fossil” to account for how long it’s remained relatively unchanged.

“Bunny” is sort of out of favor, as it can be used to refer to a rabbit of any age, so these days, rabbit enthusiasts like to call young rabbits “kittens,” or kits. Maybe awkward given that cats are one of the rabbit’s major predators.

Rabbits Have Their Own Anger Language

Rabbit behavior isn’t quite as well-studied as that of cats or dogs, but we still have a pretty good understanding of what they’re trying to tell us (or a predator, or another rabbit). Like cats, rabbits indicate emotion with their ear position; ears turned backwards or pressed low over their back indicate agitation or anger. Same with body position: a rabbit that has turned to face you directly is probably pretty angry. But in the direct inverse of cat behavior, a rabbit’s tail pointed up or out indicates anger, while a tail tucked down indicates peacefulness.

Rabbits have some pretty good adaptations to avoid being eaten, like their speed and big powerful clawed hind legs, but they’re an important prey species for lots of predators. In other words, rabbits get eaten a lot, and as one measure of protection, they sleep with their eyes open. Sudden movements can alert and awaken the rabbit.

True story. The reason why seems to be some combination of digestive arrangement (like a powerful block between the stomach and esophagus) and something about their brains that won’t or can’t communicate that kind of command.

The Biggest Popular Consumer Of Rabbits Is Malta

The Maltese consume more rabbit per person than the residents of any other country. The country’s national dish, stuffat tal-fenek, is a sort of red wine and tomato stew using rabbit.

An Australian Rugby Team Is Named After The Rabbit

The South Sydney Rabbitohs is one of Australia’s oldest rugby teams, dating back over a century. According to legend, in the early days of the team, the players would make extra money by hawking rabbit on the streets, skinning and butchering to order. Allegedly they shouted “rabbitoh!” to advertise their wares. It is not clear why they said “rabbitoh” instead of, you know, “rabbit.”

Rabbit manure is one of the most efficient natural manures on the planet, and not just because it arrives already in a convenient dry pellet form. It has a fantastically high nitrogen, phosphorus, and potassium content, more than cattle or even poultry manure, and much easier to handle to boot.

Meet the riverine rabbit, native to a tiny part of the Karoo desert in South Africa. That is, if you can, because this striped rabbit has an estimated 250 adults left in the entire world.

There’s A Rabbit…On The Moon?

Some of the markings on the moon, resulting from various craters and other indentations, can appear in the vague shape of a rabbit, if you squint your eyes pretty hard. That’s led to the rabbit’s association with the moon in various folk tales, especially in Mesoamerica and China.

In Israel, You’re Not a “Chicken”

In modern Israeli Hebrew, the word “rabbit” is used in much the same way as the word “chicken” is in American English, to denote someone who is fearful or scared. Well, sort of: the word in Hebrew is shafan, but biblical scholars actually think, based on history and on related languages like Arabic, that shafan actually refers to the hyrax, a completely unrelated animal that looks sort of like a short-eared rabbit but is bizarrely related to elephants and manatees. Hebrew is still sort of confused about the two; there’s another word for rabbit (arnav), but in sayings and idioms involving the rabbit, Israelis will usually use shafan.

I may not be a farmer, but these facts are very interesting. Thanks.