This Chicken Playing “America The Beautiful” Will Make You Smile

It's not bad, really. 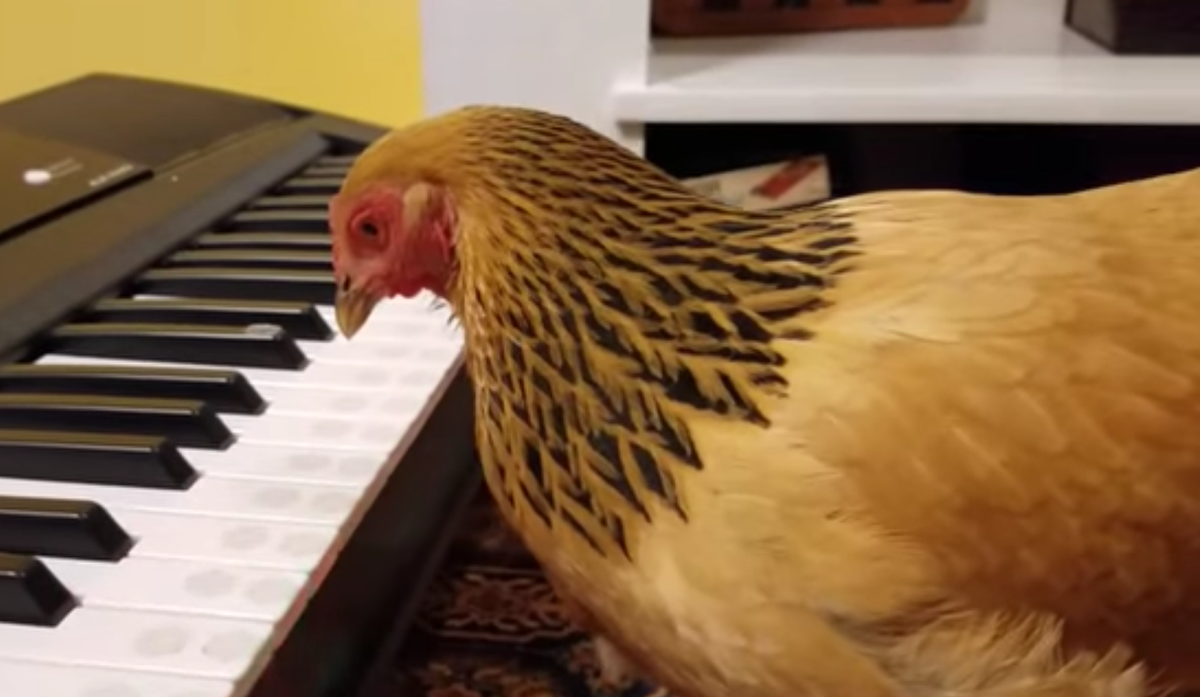 It is there that a band of merry chickens performs as the Flockstars: several hens trained to peck at instruments in a mostly deliberate way. For the latest video, found by the Huffington Post, a chicken is prompted to peck at the keys of an electric piano. Here’s the video:

Shannon Myers, who co-owns the coop in which the Flockstars reside, trains the hens to peck with simple clicker training, not unlike how you’d train a dog. To reward good behavior (like doing a trick), you click a clicker and then hand the animal a treat, and eventually the animal learns to just perform that behavior when it hears the click.

For this piano rendition of “America the Beautiful,” the hen has been trained to peck the keys that light up, thus preventing it from having to learn how to read sheet music.

Would you like to hear more from the Flockstars? We’ve included a few videos below for your enjoyment. Interested in seeing them live? You’re in luck. A caption under one of their videos reads: “Now available to perform for New Year’s Parties, Weddings, Bar/Bat Mitzvahs, Birthday Parties or any special occasion lol.”