Why Did This Guy Bring Alpacas To Trump's Inauguration? - Modern Farmer
Animals

Why Did This Guy Bring Alpacas To Trump’s Inauguration?

This isn't the first time he's showed up at a political event. 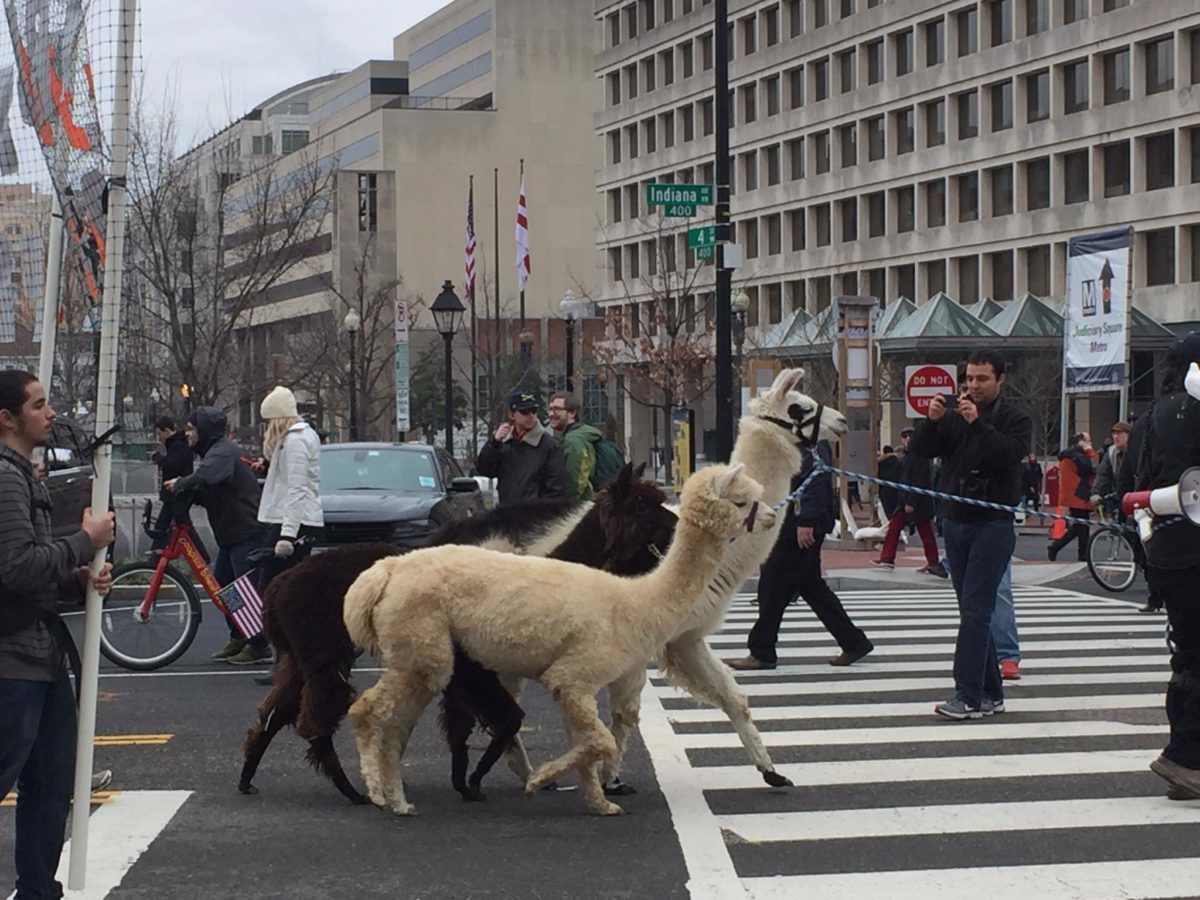 Ethan Abbott, or, as he prefers to be known, “Ethan the Farmer,” was spotted by various Twitter users and media folks leading three large animals by a rope around D Street in the nation’s capital on Inauguration Day. Though Buzzfeed, which first reported the story, identifies all three animals as llamas, only one in fact is – the two smaller, puffier ones are alpacas (a common mistake for anyone not familiar – here are some easy ways to tell them apart).

Abbott is an activist of sorts, the leader (and perhaps only member) of Just Us Riders, a project consisting of Abbott’s attempt to ride horseback across the continental United States. That particular attempt failed due to various state laws, so Abbott packed up a llama and two alpacas in a trailer and began making appearances in various political situations. He was spotted in Philadelphia during the Democratic National Convention, and now in DC, at all times seen leading his animals by a leash.

Abbott’s platform, judging by his Facebook and website (warning: his website is an extremely aggressive neon green), is an opposition to corporate agriculture, as aided and abetted by the federal government: “The Revolving door between the Government and the large companies, has helped facilitate the destruction of our farms ”“ our food & our families,” he writes.

Abbott claimed to have taken the animals on the DC Metro. According to the Metro website, this is against the law (only service animals are permitted to ride the Metro without “a secure container from which it cannot escape”).

Apparently Abbott also has a dove in his jacket somewhere.