This Might Be The Weirdest Weight-Loss Discovery Of The Year

It's a familiar ingredient, treated in an unfamiliar way. 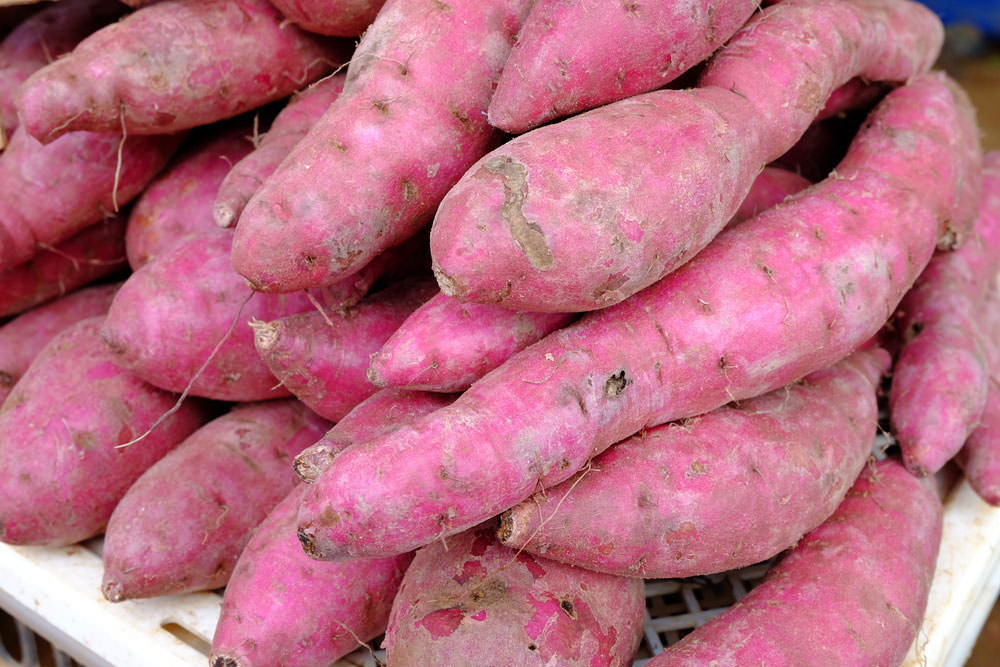 In Japan, sweet potatoes are much more popular than in most parts of the US: the Japanese variety has a purple skin and a very pale interior, and is commonly eaten as a snack or part of dessert. Though a simple roasted sweet potato is common enough, Japanese sweet potatoes are also very often used for their starch or processed into other foods (pastries, say, or alcohol). The common method used to cook the sweet potatoes is either steaming or boiling, which means there’s a lot of potato-y water being thrown out in Japan.

In a new study, a team of Japanese scientists set out to find out some other use for that wasted potato-water. What they found is pretty bizarre: in tests, mice fed the potato water showed lower body mass, liver mass, cholesterol, and triglycerides.

The water tested contains sweet potato peptides, which seem to trigger natural hunger-reducing hormones in the mice. By controlling hunger, the mice consumed less food, leading to all those other benefits.

Before you start drinking sweet potato water yourself, there are a few caveats. For one, this is a small study, and has not been tested on humans. For another, nobody knows how other varieties of sweet potato might perform – and it would have to be sweet potato, as the regular potato is a completely unrelated tuber. (The sweet potato is in the morning glory family, not at all similar to the nightshade family, which includes the potato.) Still, a promising beginning, and we can’t help but love that it’s also an attempt to find a use for a waste product.