An Urban Rooftop Garden With a Twist: They’re Growing Wheat!

Not your usual rooftop lettuces. 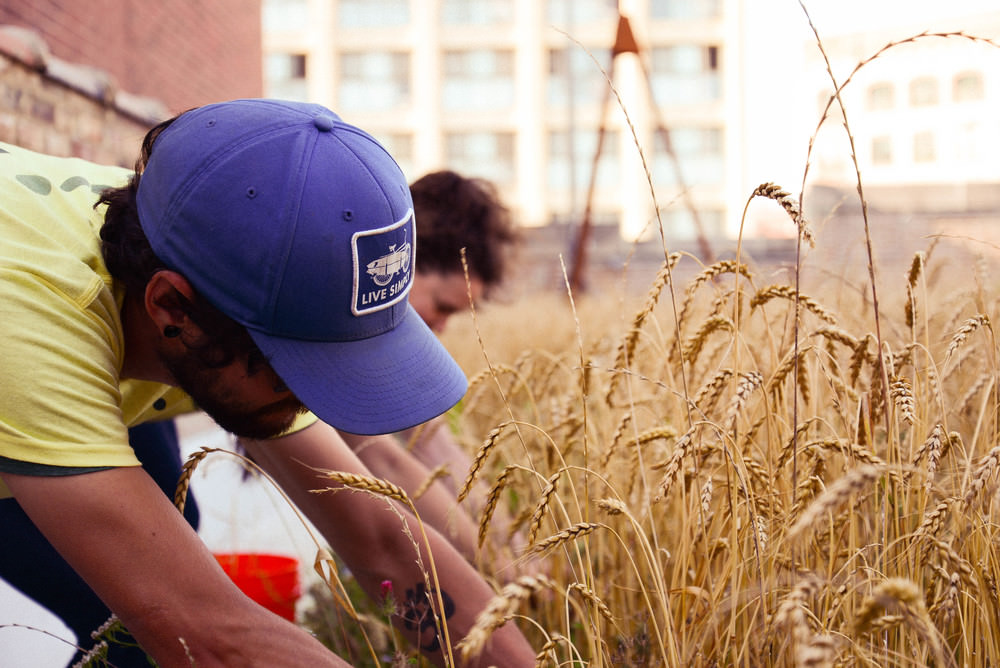 When design firm Studio Gang moved into its new Chicago offices, a hefty 5,000-square-foot rooftop practically begged for some kind of garden. Originally, according to DNAInfo, the plan called for native wildflowers – milkweed, black-eyed susan. But with a late start on the sowing, and dirt already in place, Omni Ecosystems (the group doing the farming) decided to grow some winter wheat as an attempt to keep the soil healthy and in place through the winter.

Bizarrely, the wheat did astoundingly well. So well, in fact, that Omni and its sister group, The Roof Crop – which grows and sells rooftop-harvested produce and flowers throughout the Chicago area – decided that instead of it being a placeholder, why not treat the wheat like a normal crop? Why not harvest it?

Much of the harvesting was done by hand by an after school program for students. Of the 1,000 square feet dedicated to the wheat (the rest of the roof is for other crops), the wheat was processed locally and produced about 60 pounds of flour. That’s not a huge amount – not exactly enough to go into business – but everyone, from the processor to the growers, seemed impressed and surprised that the wheat turned out to be edible. In fact, the processor told DNAInfo that the flour he produced was as good as any he’d seen from non-rooftop, non-urban farmers.

Wheat is an unconventional choice for rooftop gardens and farms, but if this experience is replicable, well, maybe it shouldn’t be. Maybe we should all be growing wheat!