Plus, an exclusive clip from the upcoming documentary. 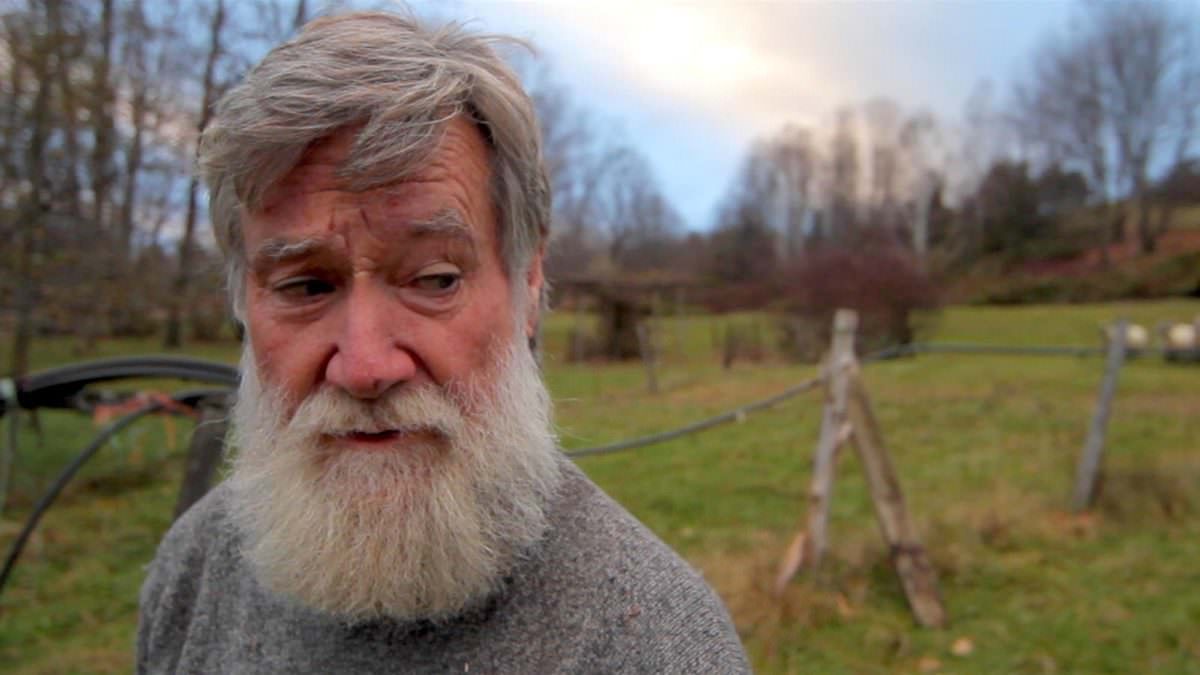 The new documentary Peter and the Farm, directed by Tony Stone, is a character study of one Vermont farmer that destroys any notion that there’s anything relaxing or easy or, even, particularly pleasant about organic farming. Peter and the Farm focuses on Peter Dunning, who rules Mile Hill Farm in Vermont, near Brattleboro. He focuses on meat: sheep, pigs, chickens, cows. And he’s been working on the farm for 40 years.

Stone first encountered Dunning at the Brattleboro farmers market. “He was well-known at the market,” says Stone. “He stuck out because he was so gregarious. He kind of held court there.” Part artist, part ferocious grandfather, part philosopher, and mostly farmer, Dunning would chat with Stone’s parents, and later befriended Stone and his wife (former Hole and Smashing Pumpkins bassist Melissa Auf der Maur). When Dunning finally invited Stone to the farm, the genesis of the film happened quickly. “It had been in my imagination for 20 years and to see it and to hear Peter’s stories – it was pretty obvious that if we could just capture the essence of that, there was a film there.”

Peter’s farm is a beautiful hilltop farm in picturesque Vermont, but the film quickly captures exactly how hard this kind of life can be. Dunning, with his somehow aggressive Santa-Claus beard, has to battle coyotes, slaughter sheep and pigs by hand, and cope with the extraordinarily difficult life of a farmer in the rocky, freezing, unforgiving landscape of Vermont.

External battles aren’t the only ones he’s coping with, either.

“Peter obviously has some issues with alcoholism, at a level I’d never seen before,” says Stone. He’s had three wives, none of whom are still in the picture, and four children he says won’t speak to him. In a refrain for many family farms, there’s nobody to take over for him when he’s gone.

Through that, Dunning remains a wildly entertaining figure for a character study.

“Peter in a way is this amazing performer who missed his calling as an actor,” says Stone. “So we had this amazing leading man.” And, in fact, the documentary was his idea, though Stone notes that he’d been thinking about it as well. “Sometimes with Peter, in the film, I would kind of feel like he’d pre-written the story in his head. And he’d give us these gifts that you can’t create in a fiction world,” says Stone.

It’s a dark, dirty, fascinating, and very funny movie. It’ll be playing at a few select theaters and making the festival circuit, but you can also see it in-demand through services like iTunes and Amazon starting November 4th. To whet your appetite, here’s an exclusive clip from the film.