Halloween's ancient roots are as much about agriculture as scary costumes and jack-o-lanterns. Maybe this year you should dress as a zombie farmer to celebrate this holiday's agrarian past. 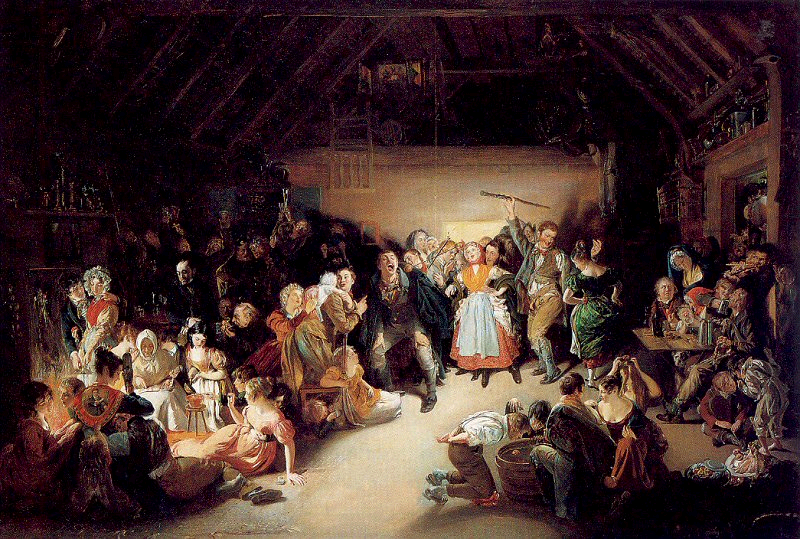 It’s believed the Halloween’s origins lie in the ancient Celtic festival of Samhain (pronounced sow-in), which was celebrated from October 31 into November 1, marking the end of the harvest season and the beginning of winter.

It was a time of the year for the Celtic peoples of England, Ireland, Scotland, Wales, northern France, and Brittany to bring their cattle from summer pasture – to slaughter livestock that was unlikely to make it through the long, cold winter and to hold celebratory feasts to consume the meat and other foods that easily spoiled in an age before refrigeration. It was also a time for fairs, regional markets, and assemblies – and the brewing of mead and beer following the harvesting of grains.

“In Ireland, turnips would be carved and used as lanterns, which gave rise to our modern practice of carving jack-o-lanterns”

Our modern conception of Halloween is based on the Celtic belief that Samhain was a time when the boundaries between our world and the Otherworld, a place inhabited by the dead and supernatural creatures like fairies, monsters, demons, and the like, were lowered. The inhabitants of the Otherworld could make their way to our world and unsuspecting humans could find themselves in the Otherworld by accident or trickery. Villagers would dress in frightening outfits to try to fool these dark and dangerous creatures thought to be roaming around that night.

In Scotland, Samhain was a night of chaos when young men would dress up in costumes to impersonate the spirits of the dead, pull pranks on people, and generally raise a ruckus. In Ireland, turnips would be carved and used as lanterns, which gave rise to our modern practice of carving jack-o-lanterns. In Wales, food and drink would be left out for the dead, which may have led to the idea of giving treats to costumed folks representing the departed. Bobbing for apples to predict who you would marry derived from a long-held belief by Celtic people that apples could be used for fortune telling.

There is some conjecture that the ties between apples and Halloween go back to the Roman conquest of Britain that began in 43 AD. A Roman harvest festival dedicated to Pomona, the goddess of abundance and orchards, thought to be celebrated on November 1, may have somehow merged with the festivities of Samhain. Many scholars dispute this, believing this idea was based on a misreading of an early Roman text that describes a feast that was actually held in August for Pomona’s godly consort Vertumnus, (sometimes spelled Vortumnus) the deity associated with the changing of the seasons and the harvest. What we can say for sure is that the Romans brought their love of apples and a superior knowledge of how to cultivate fruit trees with them to the British Isles. 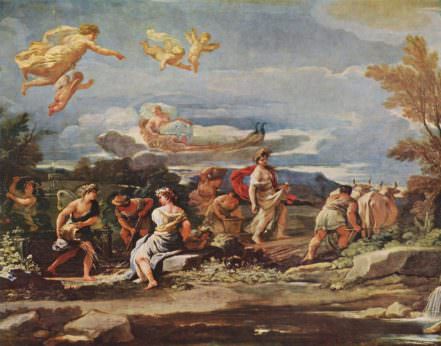 Christianity began making some inroads in the Celtic world as early as the First Century AD, but it didn’t really take off until Constantine the Great began championing the religion in 312 AD helping to spread Christianity throughout the empire. As the Catholic church began supplanting various older religions, Christian holidays were often superimposed on the dates of traditional pagan ones. It’s believed by some scholars that was the case with Samhain with the introduction by the Church of All Hallows’ Eve, on October 31, All Hallows’ Day (more commonly known as All Saints’ Day), on November 1, and All Souls’ Day on November 2. But in Ireland, Scotland, and Wales, remnants of the earlier Celtic traditions remained alongside the Christian holidays. These traditions eventually came to the United States and by the early 20th century Halloween had become a secular holiday mostly for the young, with trick-or-treating used as a way to stem pranking and vandalism that had become associated with the night.

While we’ve pretty much jettisoned the agriculture-related aspects of the holiday, except for the jack-o-lantern and the occasional apple bobbing, we shouldn’t forget it all began with the celebration of agriculture. Maybe this year you should get back to basics and dress up as the goddess Pomona or perhaps a zombie farmer to give a nod to Halloween’s real roots.

This article is about how Halloween started and saying that people would put scary custom’s and jack-o-lanterns and to dress as a zombie farmer to celebrate this holiday’s agrarian past. Halloween was celebrated from October 31 into November 1 marking the end of the harvest season and beginning of winter. People from England, Ireland, Scotland, Wales, northern France and Brittany they brought their cattle from summer. A time for fairs, regional markets, and assemblies and the brewing of mead and beer following the harvesting pf grains.