The Meaning Behind the Sacred White American Bison

For the Sioux people, the white bison is sacred and deeply connected with their spiritual beliefs. 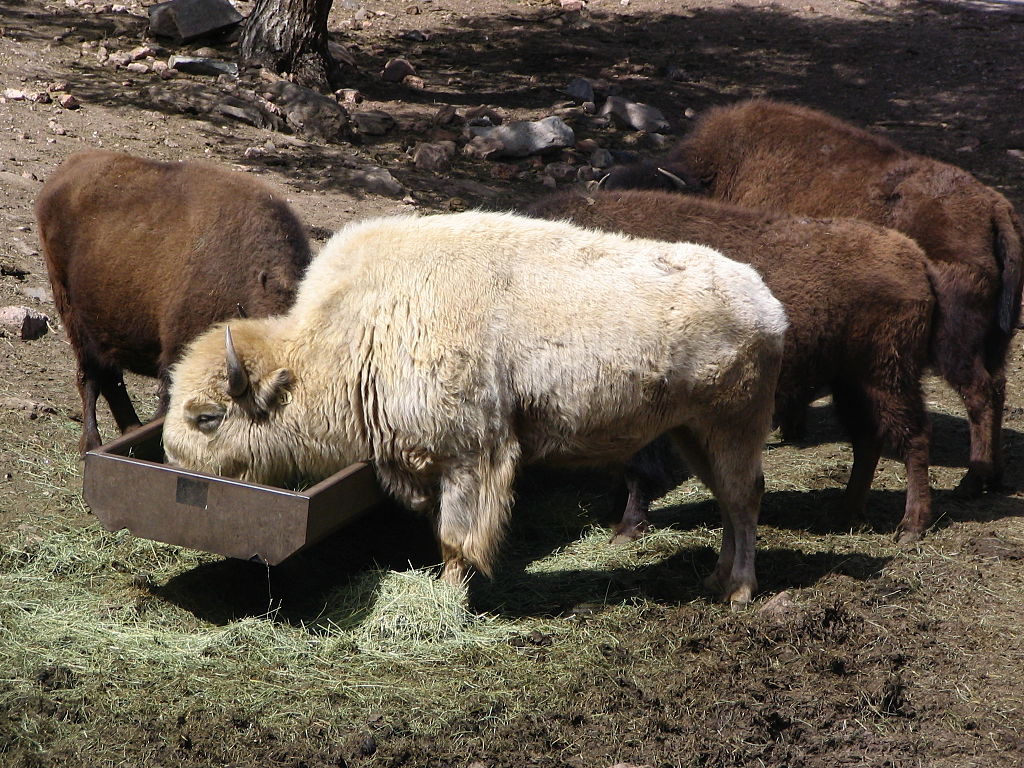 At the heart of the reverence of the white American bison – or American buffalo; the terms bison and buffalo have become interchangeable in reference to the animal – is the story of White Buffalo Calf Woman. There seems to be no definitive version of the story, but each one describes a beautiful maiden dressed all in white who brought seven sacred rituals to the Sioux people 19 generations ago – the equivalent of 1,330 years. Among them: the canunpa wakan (the Sacred Pipe), which still exists and is in the possession of Chief Arvol Looking Horse of the Cheyenne River Sioux Tribe; the Sun Dance, an important ceremonial event; the inipi (sweat lodge); and the hanblecia (the vision quest).

In one version of the story, it was a summer in which there were no bison. The Lakota – which like other Plains tribes heavily depended on the animals for food and other necessities – were starving. A beautiful woman in white came to the tribe and, over the course of four days, taught them many things, including the notion that all things in the world are connected. As she was leaving, she transformed into a white bison calf and brought a massive herd of bison to the people, saving them from starving. In many versions, the woman promises to return in the future in the form of a white bison calf.

For many Lakota, the teachings of the White Buffalo Calf Woman are an exemplar of how to live, especially the notion of universal connectivity. Looking Horse, a current spiritual leader of the Sioux, has described the prophecy of the White Buffalo Calf Woman’s return as a time of sweeping change in which people must unite or face global disaster. He is currently taking part in the protest against the Dakota Access Pipeline, a multi-billion dollar project that would pass through land sacred to the Lakota to connect the Bakken oil sands in North Dakota to another pipeline in Illinois that leads to oil refineries on the Gulf Coast.