Heroes of the Heartland: A Chat with Author Miriam Horn

Miriam Horn's new book, "Rancher, Farmer, Fisherman," smashes notions about what it means to be a sustainable producer. 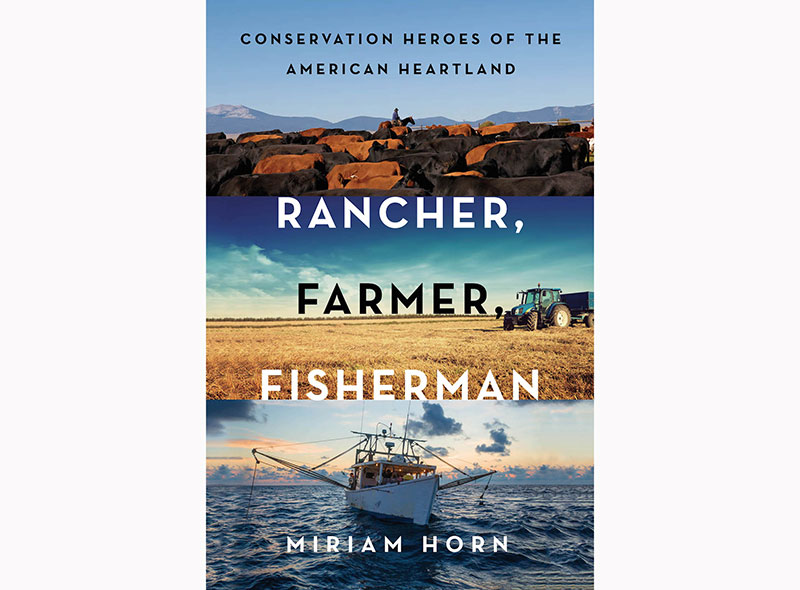 The book tells the stories of five unlikely conservationists along the Mississippi watershed: Dusty Crary, a Montana rancher; Justin Knopf, a Kansas farmer; Merritt Lane, a Mississippi riverman; Sandy Nguyen, a Louisiana shrimper; and Wayne Werner, a Gulf Coast fisherman. Horn spent three years traveling, researching, and writing the book, visiting her subjects throughout the seasons: to Montana, for instance, during calving season; to Kansas for wheat planting; and to 90 miles out in the Gulf to catch red snapper.

What seems like an up-to-the-minute story about the intersection of agriculture and environmental issues becomes, in the hands of Horn, a story about the histories of both the people she’s writing about and the land they call home, giving us a deeper understanding of both. None of her five subjects would likely call themselves conservationists, but never the less have dedicated their lives to protecting the heritage and natural wealth of their regions by bringing together disparate groups of people – from politicians to large landowners to hardcore environmentalists – in order to ensure future generations will be able to enjoy the continued bounty of the land and sea.

By day, Horn works at Environmental Defense Fund (EDF), a non-profit environmental advocacy group, which often works with big farms and commercial fisheries in order to protect the environment – from grasslands to wildlife to soil – on a massive scale. She grew up in the San Francisco Bay area, and spent much of her time at a friend’s farm in the Central Valley. She also spent time in the company of conservationists and scientists, who were friends of her family, which had a powerful effect on her as well. “The seeds were planted in those early experiences but the idea [for the book] really coalesced 12 years ago, soon after I began working at Environmental Defense Fund,” Horn tells Modern Farmer.

Horn took some time to talk with Modern Farmer about her new book and the people she calls “conservation heroes of the American heartland.” 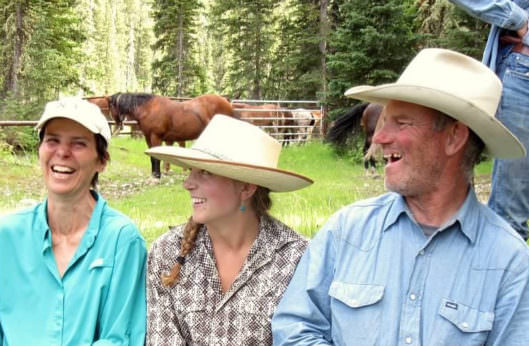 Modern Farmer: It seems that all of your subjects shared the ability to see beyond their own viewpoint and work with people very different from themselves for the greater good. Did you find this to be true?

Miriam Horn: Yes, in an era when many insist on an uncompromising certainty in their way of seeing and acting in the world, there are still great numbers of people out there open to other perspectives and even welcoming of challenges to their own thinking and practices. Dusty [Crary] and a few fellow ranchers spent seven years around kitchen tables with hunters and loggers and “greenies” and federal bureaucrats designing a federal bill to protect 300,000 acres of public land, “thrashing it out” acre by acre.

Justin [Knopf] and the 2,000 other large-scale heartland farmers who come together every year for the No-Till On The Plains conference had read concerning reports about the neonicotinoid pesticides some of their families had been using for years. Instead of circling the wagons, they invited Jonathan Lundgren, one of the most prominent critics of the insecticides, to come speak.

Another shared attribute is tremendous courage – when these families are experimenting with a hands-off approach to their cattle, or with planting cover crops of rye after spending half their lives roguing it out [removing it] from their wheat fields, they’re putting their family’s heritage and livelihood on the line.

The people out there on the tractors and barges and fishing boats understand it as well as anyone, and know that long-term survival requires a changed relationship with nature – not as something to be dominated or exploited, but as an ally of immense mystery and power.

MF: What was the most surprising thing you learned while working on the book?

MH: I guess it was the degree to which the conversation around climate change is coming out of hiding. When Justin took me up to meet his mentors at Kansas State, they talked openly about how climate change was beginning to stress water supplies and yields (though acknowledging that when they go to talk to their state legislators, they talk a bit indirectly, focusing on the vanishing Ogallala aquifer). The mainstream ag press and “suits” – from John Deere to the food buyers at Walmart – are also addressing it head-on. And these big farmers are talking not only about the need for greater resilience to extreme weather but also about ways they can reduce their nitrous oxide emissions and store more carbon in their soils to help turn back the disaster.

MF: In the end, what would you say are some of the most crucial points you feel readers will take away from the book?

MH: That there are no simple, perfect, universal answers: Agriculture can’t be formulaic or dogmatic because, as Justin says, “diverse ecosystems require diverse practices.” And that the understanding of our interdependence with nature is not limited to liberal, elitist enclaves. Quite the contrary: The people out there on the tractors and barges and fishing boats understand it as well as anyone, and know that long-term survival requires a changed relationship with nature – not as something to be dominated or exploited, but as an ally of immense mystery and power.

MF: One of the things I loved about the book was the sense of deep history, but also the fact that you’re exploring very current events. Have you considered the idea of perhaps revisiting your subjects sometime in the future to see how and if their efforts have continued to pay off?

MH: I love that idea. So far, the conservation work of these heroes has also helped them to be more economically sustainable. Even as average yields in Kansas have been as erratic as the weather, Justin’s yields have stayed steady and high. Wayne Werner’s leadership in revising fisheries policy has brought red snapper – depleted almost beyond recovery – back to abundance, reviving fishing incomes and communities. But droughts are only going to get longer and hotter, the oceans only warmer and more acidic. It will take all their innovative energies and democratic skills to stay ahead of those growing dangers.