Food, Farming & the 2016 Election: A Conversation with Marion Nestle

Part one of our new series following food policy on the campaign trail. 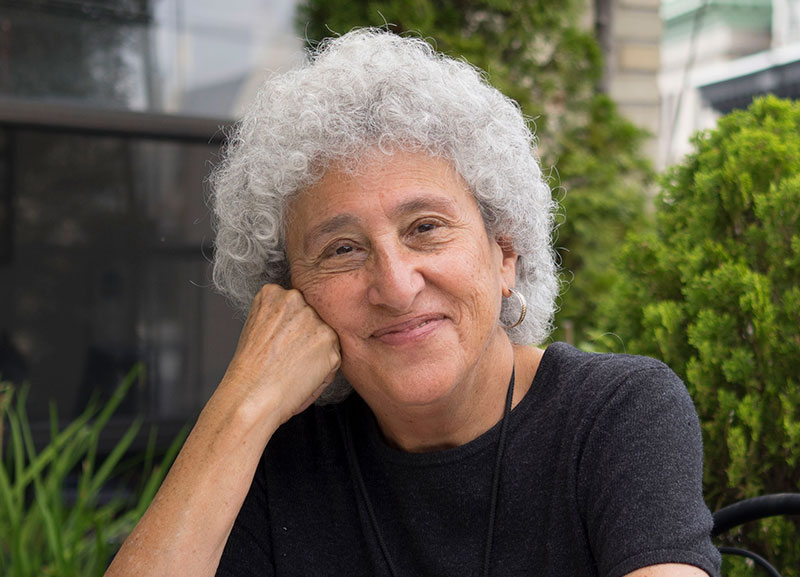 There have been a few tiny windows into the candidate’s views, voting record, expertise (and lack thereof) in regards to the food system so far:

Still, these aren’t the topics making headlines on CNN. Modern Farmer reached out to all of the candidates for comment (back when there were still four or five in the running) to no avail. So instead, we’re calling on our friends in the food movement for insight into why the food system, even though it has clearly captured the country’s cultural imagination in recent years, has barely registered in mainstream political consciousness.

We kick off this series with Marion Nestle, professor of nutrition, food studies and public health at New York University and author of What to Eat, Food Politics: How the Food Industry Influences Nutrition and Health, and a number of other books that explore the intersections of health, agriculture, and policy.

Modern Farmer: In your opinion, why have food and agriculture been virtually absent from the political conversation during the current election campaign?

Marion Nestle: I suppose the answer to that is that the food movement isn’t powerful enough to make its voice heard. And although from where I sit the food movement is huge and encompasses vast numbers of people all over the country who are concerned about all kinds of issues around food, they are not organized in any way that is politically noticeable. They work on individual subjects and individual places, but they are not united or organized in a way that has political clout. That has been a problem for a long time. And it is very, very difficult to get attention to the kinds of issues that they are talking about when those issues are opposed by a food industry with a vested interest in keeping things just the way they are, and are very good at getting what they want.

MF: The food industry has a huge lobby, as does the agriculture industry. It seems part of the problem is the division between food and agriculture within the political spectrum.

MN: It is an issue that these two policy areas are so separate – we have health policy and we have agriculture policy, and the two trains never meet.

MF: Yet of course food policy issues are embedded in many threads of the current political conversation: immigration policy is strongly connected to farm labor issues; healthcare issues are related to diet; and even national energy policy is connected to the food system when you think about things like how much corn is grown in this country solely for ethanol. Do you think any one of those arenas could serve as a leverage point to bring food policy into the mainstream political conversation?

MN: I haven’t seen it. I am astounded that big agriculture hasn’t united around the issue of immigration policy. I really don’t understand why they haven’t used their substantial political clout to get some kind of policy that would allow people to come and go. And that they have failed in doing that may have to do with the political climate in agricultural regions, which is generally opposed to immigration and very conservative – red states, Trump supporters.

MN: Right, it doesn’t fit. But farmers are talking about how they can’t get anybody to pick their crops. There is a solution to that – they can pay their workers more, and then they would get Americans to pick their crops, except that the areas where the crops are are devoid of people because of the way agriculture is run now. These are huge problems, and food is involved in every single one of them. Food is involved in climate change, but that doesn’t resonate with the public; the connection is too remote.

The issues that resonate with the public stem from, “What am I eating, what am I putting in my mouth?” And that is why things like food additives, colors, flavors, BPA, GMOs – artificial anything – get so much leverage with the public, while these other issues really don’t. The issues that get leverage are the ones that concern what people put in their mouth in a very direct way.

The issues that get leverage are the ones that concern what people put in their mouth in a very direct way.

MF: In some cases those are probably very important issues, and in other cases perhaps they are overblown.

MF: What are your thoughts on how a Trump presidency versus a Clinton presidency would influence the food system?

MN: It’s hard to know, because candidates lie. I never believe anything that they say. I don’t believe a word of it. I never seen a president that delivered on promises. It’s just never happened.

MF: That, and they aren’t even saying what their perspectives are, much less their promises.

MN: Exactly, so why even bother? There’s a general sense that if Trump is elected he’s going to make a mess of things, but maybe wiser heads will prevail and he will behave in unexpected ways if elected. We have no way of knowing. As for Clinton or Sanders, I have no idea what they would actually do, as opposed to what they say.

MF: Sure, but each candidate does have a track record that should give some insight into what their tendencies would be in terms of food-related policy.

MN: Neither one of them has ever said much about it, other than we need to do something about our healthcare system. It’s very hard to know. One thing I find completely baffling is the schism between Sanders and Clinton over the Philadelphia soda tax. That was bizarre.

MF: I know that you’ve been writing about that – what was your observation?

MN: Clinton has been supported by the soda industry. The Clinton Foundation has been supported by Coca-Cola in particular; they have a very cozy relationship in many different ways. The Clinton Library had a big exhibit for Coca-Cola last fall, for example. So when Hillary came out in favor of the Philadelphia soda tax because the money is going to go to pre-K seems kind of astonishing. And then for Sanders, who is more liberal, to come out against the soda tax because it was regressive and because the Teamsters didn’t support it, also seemed bizarre. Clearly he doesn’t understand the issues, or he is looking to the Teamsters as a big source of support. I don’t know.

MF: So Clinton gets the gold star on that one.

MF: Do you consider yourself an activist?

MN: In my own way – from well up in the ivory tower [chuckles]. I prefer the word ‘advocate’, by the way, rather than activist. I do it through my writing and speaking because that’s what is comfortable for me. But I hope to inspire other people to action.

MF: That said, do you have ideas as to how the food movement as a whole could raise its profile?

MN: The challenge is to get people who are interested in these very personal issues to understand how political they are. And for people who are interested in agricultural sustainability to understand the politics of that better, and to engage in the political system. That means going and talking to your local representatives and doing community organizing around issues that are meaningful to you and trying to gain support for them. It means doing classic social movement kinds of things – like deciding what the problem is and how best to fix it, working with other people to try to bring them onboard, figuring out how to frame the issue so the public understands it better, working with the media and talking to legislators. Lobbying! The problem is the food movement groups don’t have the kind of money to do that.

MF: It seems there needs to be a central lobbying entity for the food movement to be more effective politically.

MN: We have organizations that are aimed at lobbying. For example, the one that Tom Colicchio is involved in, Food Policy Action, they hired a lobbyist. That was a really good thing to do but he doesn’t have nearly enough support. His organization is not big enough. People aren’t signing on to that because for people who are working at the local level, the idea of a national food policy is just too far away.

MF: If only all those little organizations would commit a portion of the resources to a larger coalition.

MN: It’s very hard to do that. Who would lead it? Nobody wants to give up the power that they have. There are some coalitions. I think the anti-hunger people are the best organized of them. They have lobbyists on issues related to hunger, but their approach is focused on that one issue and they exclude other food issues, or have strange visions on other issues that don’t fit with other aspects of the food movement.

MF: In your mind, what would a national food policy platform include? What would be the top few bullet points?

MN: Well it’s a long list; I don’t know if I can do just two or three. You always want to make sure there is enough food for everyone in the population at a cost that everybody can afford. That’s always number one. In order to do that you need to have agricultural policies that pay farmers and farm workers a decent wage. Food has to be produced safely. You want a linkage to health policy, so there is an emphasis on producing fruits and vegetables at a cost that people can afford. You want to make sure people have enough income to be able to buy the food that they need, so they are independent of charity and food assistance. And it all has to be done sustainably. And then you can throw in kindness to animals, and a few other things.

You always want to make sure there is enough food for everyone in the population at a cost that everybody can afford. That’s always number one.

MF: Sounds like having a platform that combines a number of existing movements under one banner is the way forward. Agriculture seems like the ideal arena for that, but the agriculture industry and its lobbyists certainly have a different twist on the subject than the food movement does.

MF: And then at some magical moment things coalesce around a particular set of circumstances that provides an opening.

MN: Yeah, when the timing is right you just hope that everything is ready. There is no question that there is more public interest in these issues, and that the food industry has responded in fairly dramatic ways. Especially over the last year where it seems like every week there is another huge company that is taking something out of its food that doesn’t belong there, or says it’s going to focus on health and wellness. So it’s hard to know how it’s going to play out. I don’t have a crystal ball on this one.

MF: Hopefully it’s moving towards the point of coalescing in the near future. Maybe in the next election we will hear more from the candidates.