A long-lost wheat variety comes back to life: now bring on the whiskey. 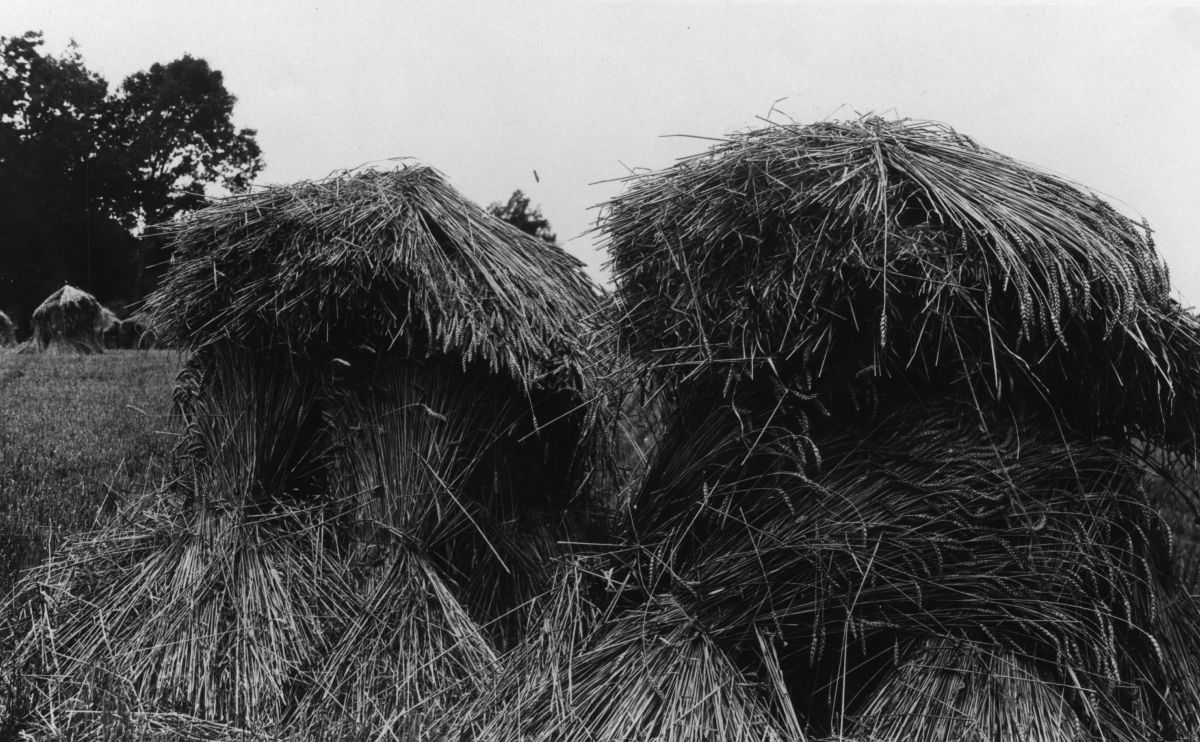 Nobody quite knows when Purple Straw wheat was first created; researchers from Clemson University have ascertained from historical records that it was certainly well-known at least in the 1700s, before the U.S. gained its independence in the Revolutionary War.

Though its stalks are, as its name suggests, a pretty shade of purple, that’s far from the only attribute that makes this variety special. It boasts a particularly high protein level and low levels of gluten, which make it ideal for certain foods and beverages prized in the American Southeast, where it was primarily grown. It is an excellent wheat for biscuits, cakes, and whiskey.

Interestingly, given its rarity now, Purple Straw also proved highly resilient to various pests and pathogens that destroyed much of the South’s wheat crops in the late 19th century. Purple Straw wheat matures extremely early, making it easily able to withstand the sorts of pests that come out to feast in the summertime. By the time the pests arrive, the wheat is no longer very vulnerable.

But with the mass embrace of just a few varieties of wheat, starting in the mid-20th century, heirloom varieties that can be trickier to grow, like Purple Straw, went out of fashion. By the time Clemson University researchers began trying to source and grow the last remaining seeds, Purple Straw was restricted to a few family farms around the country: one Amish family in Ohio had some, but not enough to share without hurting their own crop. Luckily some seed-saving institutions connected the Clemson folks with enough farmers who could share their seeds, and the researchers began growing their own crops.

This year, Clemson managed to harvest 145 pounds of Purple Straw seed, grown from the meager half a pound of seed they’d managed to scrounge up. Modern growth methods should allow that to improve exponentially; by 2018, the team expects to produce several tons of seed, effectively saving the variety from extinction. And then the food and beverage producers of the South can do what they do best: create amazing baked goods and whiskeys from the best possible product.

“Distillers and bakers from all over the world are already showing plenty of interest in the pure strain,” said David Shields, chair of the Carolina Gold Rice Foundation (CGRF) to The Cornucopia Institute. “This is a public resource that deserves to be in the hands of anyone who wants the most historically resonant and finest Southern grains.”

Where can I buy purple wheat in the United States

Popular
How to (Actually) Get Rid of Fruit FliesEmily Baron Cadloff
7 Smokable Plants You Can Grow That Aren’t MarijuanaBrian Barth
What to Do With an Abundance of PeppersShelby Vittek
Goat Sex: Everything You Wanted to Know But Were Afraid to AskAndrew Amelinckx
6 Differences Between Llamas and AlpacasAndrew Amelinckx
Explore Modern Farmer
Related
Food & Drink, Plants
In Awe of the PawpawDanny Childs
Plants
Rice Growers Continue to Battle Weedy EnemyLindsay Campbell
Food & Drink, MTMF
Meet the Georgia Farmers Who Love to JamEmily Baron Cadloff
Plants
Researchers Propose a New Way of Regulating Engineered CropsShea Swenson
wpDiscuz
We use cookies on our website to give you the most relevant experience by remembering your preferences and repeat visits. By clicking “Accept”, you consent to the use of ALL the cookies.
Cookie settings ACCEPT
Privacy & Cookies Policy