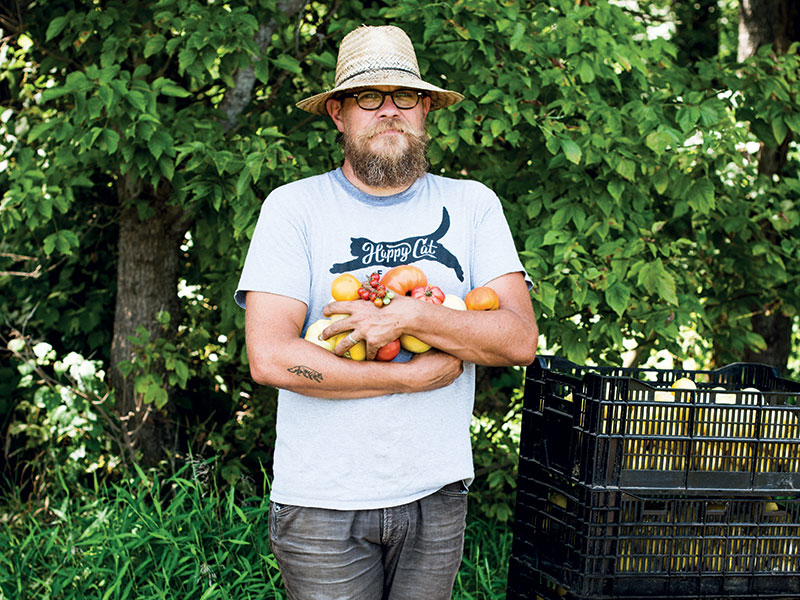 “A good tomato isn’t cheap, and a cheap tomato isn’t good.” So reads the sign at Happy Cat’s farmers market stalls, where Tim Mountz charges up to $5 for a single fruit. “Once people try our tomatoes,” he says, “they don’t talk about the price.”

The 45-year-old grows nearly 400 different heirloom varieties on 10 acres, some of them owned by the Winterthur Museum, where his wife, the aptly named Amy Bloom, serves as a staff horticulturist. “We started with a little garden under a gentleman’s agreement, and soon the director approached us about using more land,” explains Mountz, who didn’t merely marry into the plant business. “My grandparents all grew up on Pennsylvania-German farms, and they remembered hard times, so they saved their own seeds.”

In addition to tomatoes, he and Bloom raise hard-to-find radishes, onions, and greens, selling the pro-duce to Philadelphia restaurants as well as at the farmers markets. More recently, the couple began offering seeds and homemade sauces at happycatorganics.com. “When we started farming a decade ago, there were a lot of straw hats,” Mountz says. “It took a while for the Warby Parker crowd to catch on, but they support us big now.” 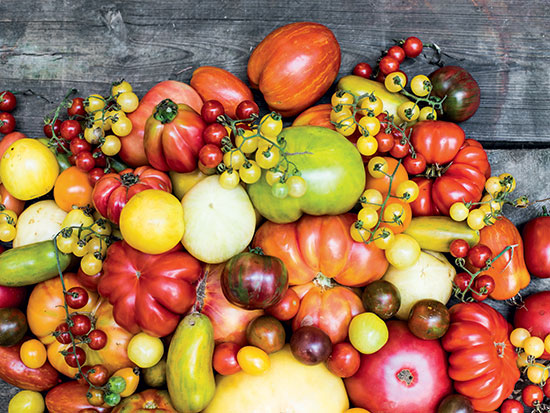 Related
Dairy, Food & Drink
Yes, the Government Really Does Stash Billions of Pounds of Cheese in...Emily Baron Cadloff
Lifestyle
These Farmers and Ranchers Turn Trash Into TreasureBridget Shirvell
Cookbooks, Food & Drink
10 New Cookbooks We’ve Been Cooking From This SpringShelby Vittek
MTMF
How Saving Seeds Is Helping This Modern Farmer Reconnect With Her RootsBevin Cohen
wpDiscuz
We use cookies on our website to give you the most relevant experience by remembering your preferences and repeat visits. By clicking “Accept”, you consent to the use of ALL the cookies.
Cookie settings ACCEPT
Privacy & Cookies Policy