Though Meagan Burns grew up on an Illinois dairy farm and married a Texas cattleman, it never occurred to her that she herself might wind up tending a 112-head herd. 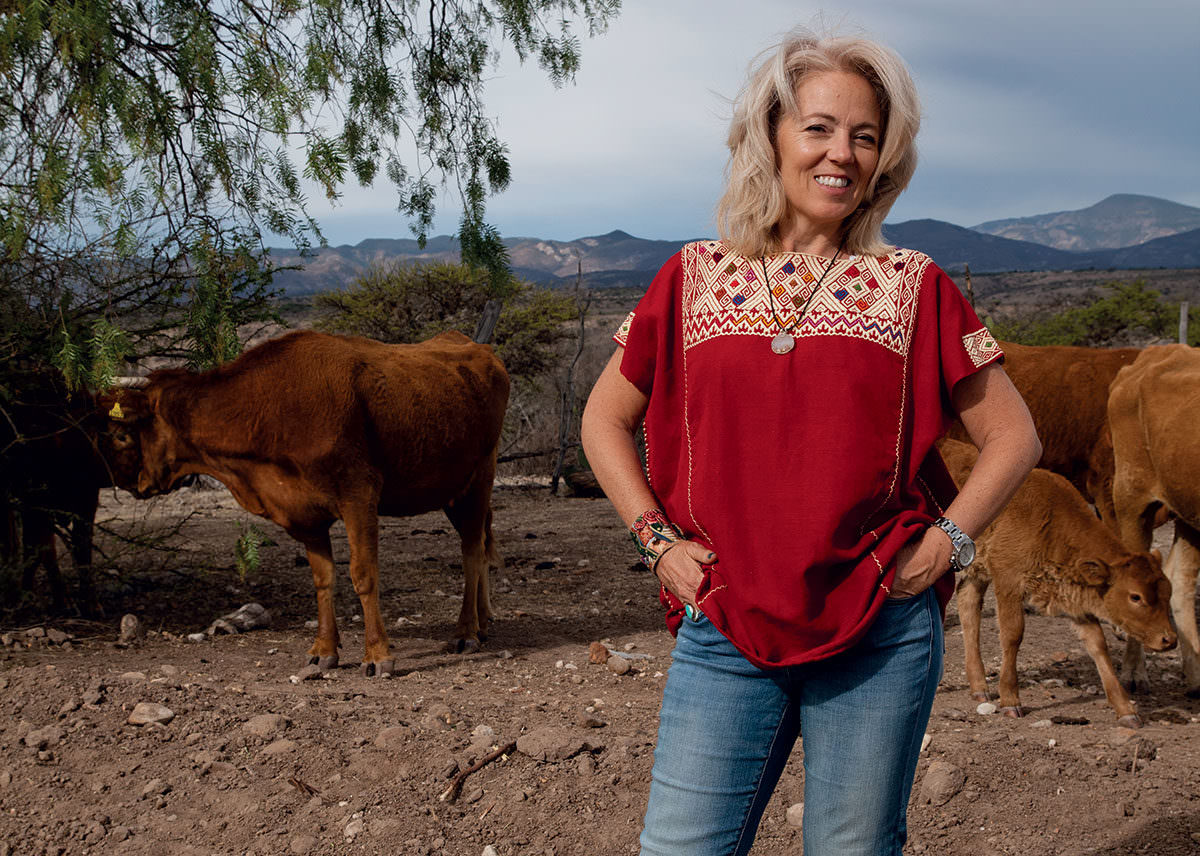 Though Meagan Burns grew up on an Illinois dairy farm and married a Texas cattleman, it never occurred to her that she herself might wind up tending a 112-head herd. The marriage didn’t work out, but one day she overheard her ex on the phone, trying to sell some cows he owned outside of San Miguel de Allende. At the time, Burns had hit rock bottom after losing two Chicago marketing jobs back-to-back. Then, her mother died. “My whole world came crashing down,” admits the 50-year-old. Burns tried to convince her former husband not to off-load his grass-fed, pasture-raised animals to producers who would fatten them in a feedlot. “He said, ‘I don’t have time to figure it out, but if you want to, go ahead.’”

She did. A mere three years later, Burns is part of a growing community of women trying to raise awareness about clean meat in a country where regulations are few and the industry has little transparency. “I know a pig lady and a chicken lady and a turkey lady. I’m the cow lady,” she says. “I’m responsible for slaughtering these animals. I don’t take that lightly, and I consider it a profound experience. I’m a better person, a more grateful person because of it. I think my mother’s looking down on all this, smiling.”

Related
Cookbooks, Food & Drink
10 New Cookbooks We’ve Been Cooking From This SpringShelby Vittek
MTMF
How Saving Seeds Is Helping This Modern Farmer Reconnect With Her RootsBevin Cohen
Food & Drink, Technology
How High-Pressure Processing Is Helping Remote Farmers Bring Fresher Foods to MarketNaoki Nitta
Plants
They’ve Come a Long Way, But Gene Banks Still Lack Protections for...Shea Swenson
wpDiscuz
We use cookies on our website to give you the most relevant experience by remembering your preferences and repeat visits. By clicking “Accept”, you consent to the use of ALL the cookies.
Cookie settings ACCEPT
Privacy & Cookies Policy