A tiny, intensely flavored berry is everything supermarket strawberries aren't. 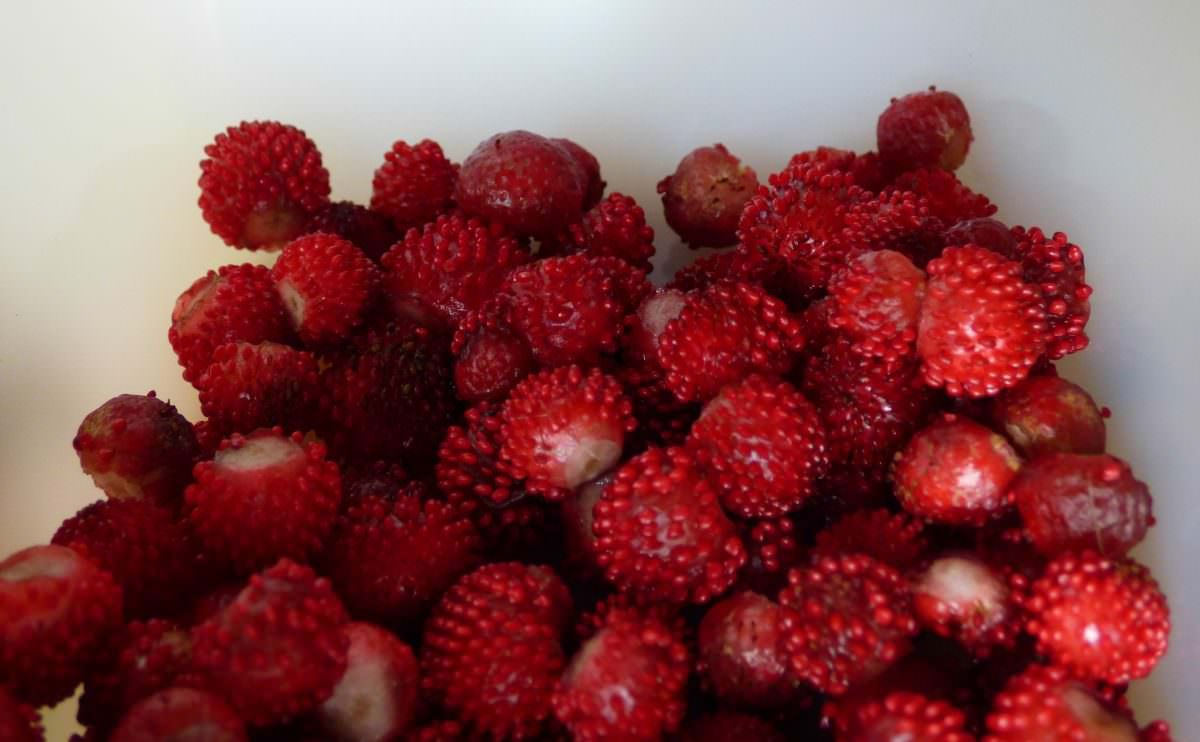 Strawberries have, according to an NPR interview with horticulturalist Marvin Pritts, undergone a huge transformation in the past century in the US. Along with many other fruits and vegetables, the strawberry has been selectively bred for certain traits including shelf life, uniform shape, bright red color, and the ability to hold up against the bruises of transportation.

You’ll notice that none of those traits involve the berry’s flavor. Mass-market strawberries can be any of hundreds of hybrid species of the garden strawberry, and almost none of them taste like much at all.

The strawberry is native throughout the northern hemispheres. It is, weirdly enough – along with the apple and stone fruits like the peach – a member of the rose family. (Here’s one more fun fact for you before I get into the fraises des bois: those things on the outside of the strawberry that look like seeds? Not seeds. They’re actually called achenes: tiny fruits in themselves, which contain a seed within them.)

There are several kinds of wild strawberries found all over the world that are usually very small, dark red berries that come to a point, and aren’t easily split into halves like supermarket strawberries. The best one of these is Fragaria vesca, which has several different names, including woodland strawberry, alpine strawberry, wild strawberry, and the one I learned growing up, fraises des bois – literally, strawberries of the forest. 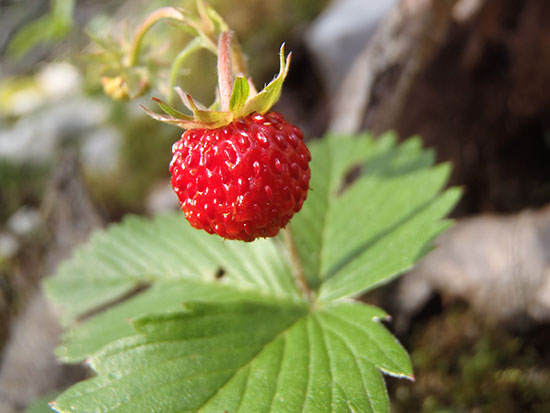 The fraises des bois is a weirdly tough plant, considering how delicate it appears: It can tolerate very cold weather, very hot weather, widely varying amounts of precipitation and humidity, and is often found right up to the point of human inhabitation. It particularly likes spots right along trails and roads. (Growing up, my dad used them as a bordering plant around his greenhouse.)

It is an incredible-tasting fruit. A fraise de bois tastes like you’ve never really eaten a strawberry before. Everything is magnified: It’s both much more acidic and much sweeter than any supermarket strawberry. It’s rich and powerful, reminding you why the Greeks saw the strawberry as a symbol of Venus, the goddess of love.

The fraises des bois is not grown commercially in the US at any kind of scale; it doesn’t produce outstanding amounts of fruit and, most importantly, doesn’t ship well. If you’re lucky, you can sometimes find it in farmers markets in the spring and summer. You can also grow it yourself, though its germination process is tricky, and it’s prone to several types of diseases. (This site has some helpful tips.)

An alternative: Lately, a few growers have been experimenting with new cultivars of strawberry that seek to blend the fraises des bois’ exceptional flavor with a little bit of the supermarket strawberry’s hardiness. The best of these that I’ve found is the tristar strawberry, which can be found in farmers markets in New York City and elsewhere. The tristar – so named for its ability to produce in three seasons (spring, summer, and fall) – is larger than the fraises des bois (but much smaller than a supermarket strawberry), and has a very similar flavor.

Either way, the message here is simple: strawberries don’t have to taste like vaguely strawberry-scented air. They can be transcendent. You just have to pick the right ones.

Hey, I know a place where you can get free 5 lb. gold bars! That is equivalent to this article. Telling you about something fantastic, then leaving you with no knowledge of where to get it. VERY DISAPPOINTING!