"We're getting squeezed out,” my mother says, referring to her midsize Ohio farm. And I have no intention of helping solve that problem. 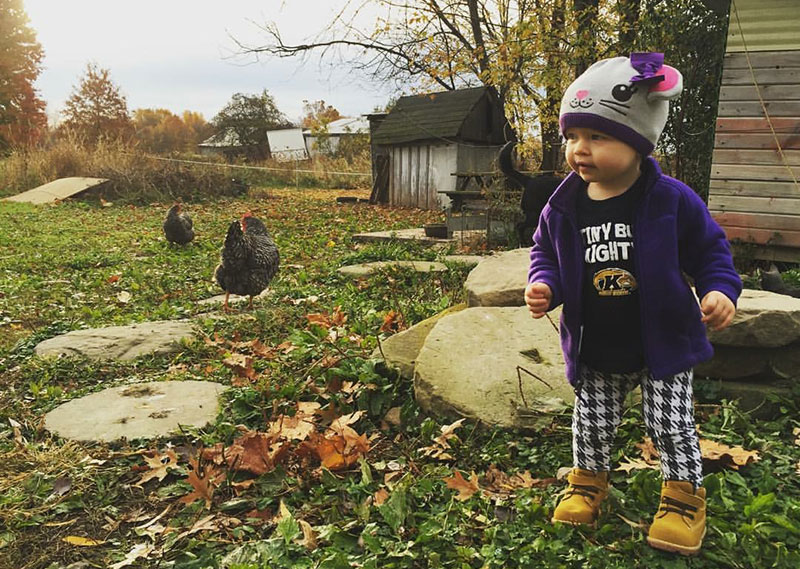 When I asked him why he didn’t want to take over his family’s farm, he rubbed his thumb against his index and middle fingers.

I couldn’t blame him. As a senior in high school, I applied to every need-based scholarship I could to go to college, receiving many. One of the organizations that awarded me a scholarship, however, thought I doctored our tax returns. They called me on the phone, unwilling to believe a family could survive on such little money. “We want people who are needy, not greedy,” they said.

My parents successfully churned out five kids on a 275-acre farm in northeast Ohio that has been in my mother’s family for five generations. She started her own niche market, selling lamb for the Greek Easter, which she continues today. She doesn’t have a website or a cell phone. Every year, her customers show up through word-of-mouth.

“People are used to a paycheck every other Friday,” my mother tells me as we discuss the future of this farm and others in the country. “They don’t know how to live on a paycheck that comes a few times a year.”

She’s right. I couldn’t do what she does – and I feel a wave of regret, as if I am betraying her.

The story of the American farm is a strange one. With a romantic tendency to focus on small, family farms and vilify vast, corporate farms, we leave out the stories of crucial, mid-size farms. In a bizarre echo of our country’s current class structure, these operations in the middle disappearing, while the small and large ones continue to grow.

With a romantic tendency to focus on small, family farms and vilify vast, corporate farms, we leave out the stories of crucial, mid-size farms

Some of the most current research from the USDA shows that in 2011, the average size of a U.S. farm was 234 acres. This number, however, belies a deeper truth. In reality, due to the unbelievable range in size of American farms, the average farm barely exists. More than half of all farms have 45 acres or less.

My mom and dad, at 66 and 72, respectively, occupy one of those farms in the greying middle. In 2012, the average age for a farmer was 58. For the past three decades, this age has steadily risen. My family’s farm is not big enough to forward contract, and not small enough to be easily worked without help.

“We’re getting squeezed out,” my mother says. And I have no intention of helping solve that problem. 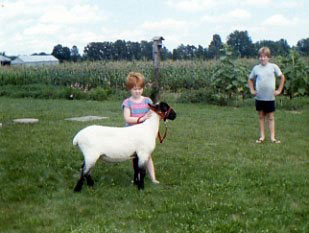 The author in 1989 practicing with the sheep she showed later in the summer at the county fair, while her brother, Aaron, looks on.

Even if I was strong enough to endure the physical demands, I would be crippled by the lack of clarity that comes with farming. I can’t handle not knowing what the weather will be like, what machine will break, what animal will die. I went into teaching where I savored the control and the crystal-clear knowledge that came with planning a syllabus months in advance.

“Farming is a crapshoot,” my mother says, not one to mince words.

When I tell her I can think of few people I know that will take over their family farm, she says, “It’s a hard life. You didn’t like it.” I have distinct memories of seeing my parents fall asleep at the kitchen table after dinner, heads resting on folded arms, worn to the core from their day.

At my most honest, I’m afraid of farming. When I look in the mirror, I see the scars it left on me, my skin damaged from growing up in the sun. Of the dozen moles I’ve had removed, one was melanoma. We caught it early and everything was fine, but now I am that mother gripping her daughter too tight at the park while I cover her in sunscreen.

“We’re getting squeezed out,” my mother says. And I have no intention of helping solve that problem.

I talk with an old friend, Jeremy Justus, who’s an assistant professor of American Literature and Digital Humanities at Indiana University of Pittsburgh at Johnstown. He worked on his grandfather’s farm until he left for college.

“My grandfather loved farming,” he says. “It was everything to him. And he was really good at it.”

As the oldest grandson, Justus says it was “sort of expected” that he would eventually run the farm. Instead, in the final year of his grandfather’s life, they worked to incorporate it.

“It was painfully clear that farm labor and I weren’t cut out for each other, and that my future was one that would take me to college,” Justus writes to me in a Facebook message.

“Thank you!” I say out loud to my empty living room, grateful for the honesty of my old grad school cohort. Few people, I had come to realize, wanted to talk openly about not taking over their family farm. The death of a farm, after all, is unapologetically depressing, but Justus’ farm escaped that.

“It’s still being farmed by local farmers, and there are provisions that will keep the land and the company in the family in perpetuity,” he tells me. The story of this farm is a hopeful reminder. In order to maintain a farm’s future, thoughtful work must be done not only in the fields and barns, but also in the mind. 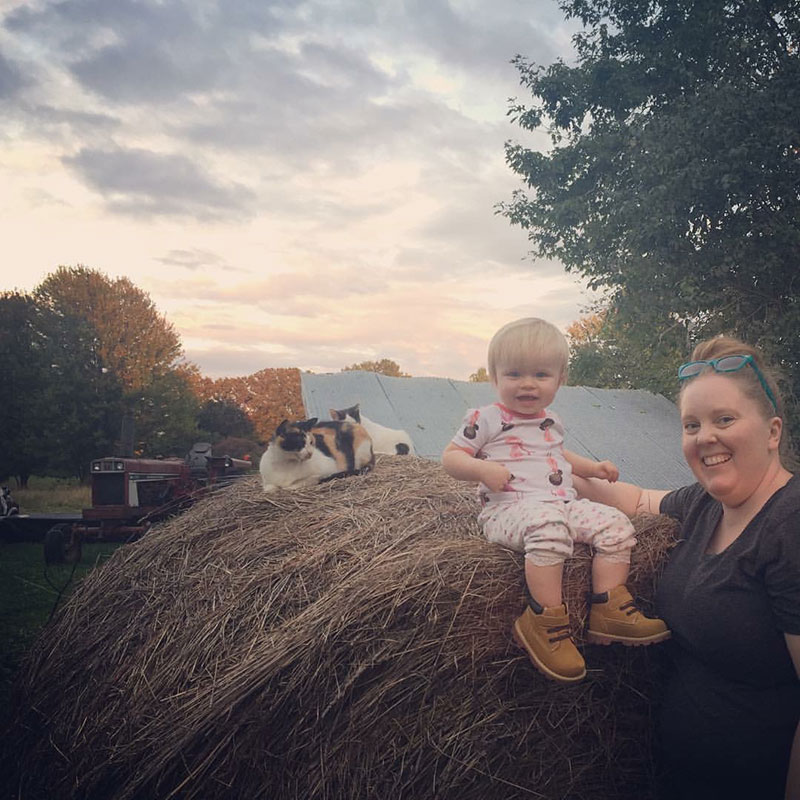 The author’s sister, Amy, with her daughter, Mae, on their family’s farm.

Without fully meaning to – after a decade of job-hopping in the American West and a brief stint in South Korea – I live 17 minutes from the farm where I was raised. I don’t know what will happen to it when my parents retire. Blurry plans exist for my brother, the firstborn, to take over and grow hops. My sisters and I, while a hardy and resourceful breed, are not that type of farmers. I prefer vermicomposting and container gardening. My house is spotless and dander-free, and I can leave it for days without worrying. I love this, but I also love my memories – and even my scars – from the farm of my youth.

Yes, between the image of your parents falling asleep at the dinner table and achieving a dander free house you can leave for weeks without worrying, everything between those is the whole story of farming. It’s not a good life as much as it feels like a penance, and not many could do it. Not even if they had to. No shame, be free.

Regenerative farming is one of the answers to global warming.
I love the incorporation of one farm, so that others can farm there and the land be preserved both from agribusiness and development.

Much of this resonated with me, as someone who also got a lot of need-based aid in college (which meant no students loans, at least) and has felt guilt for not taking over the family farm I love. The mid sized farms definitely seem to have it the hardest, though it’s no picnic for anyone right now.