This Season’s Hottest Fiber: Qiviut, the Undercoat of Musk Oxen

It's called "qiviut," and it might produce the warmest sweater you've ever worn. 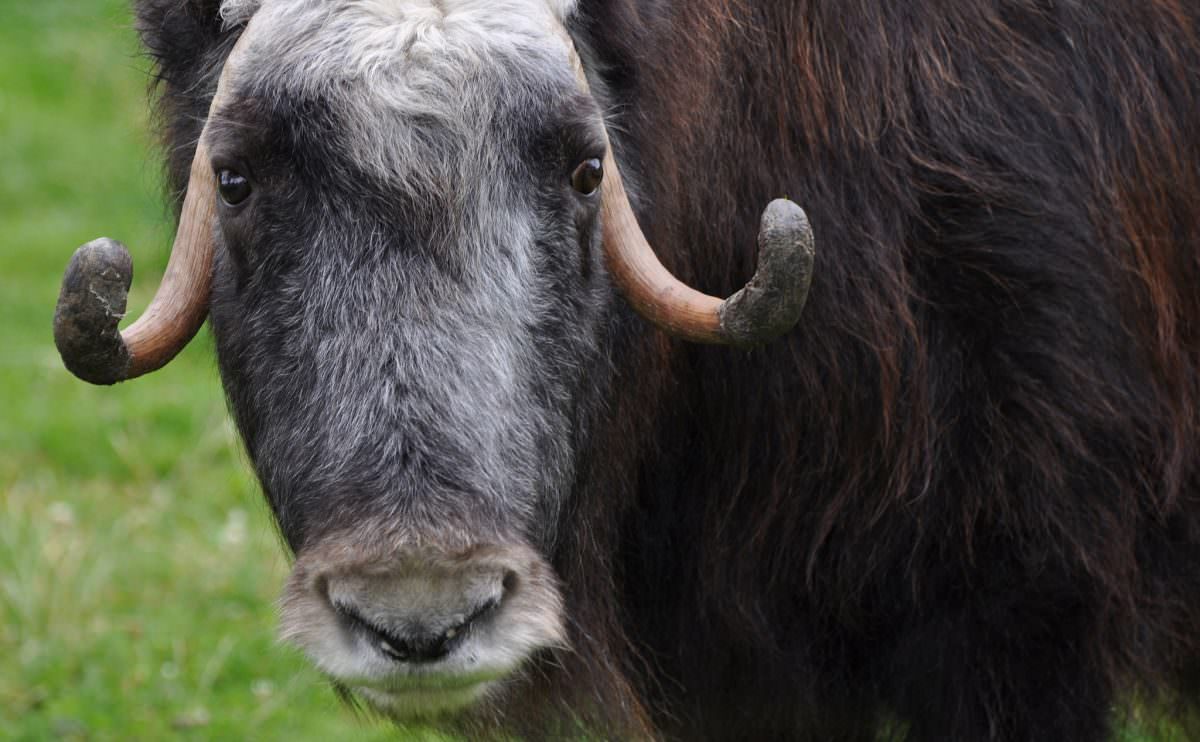 There are only two farms actively producing qiviut (kiv-ee-utt) in Alaska and none in the rest of the country, but its fantastically soft and warm qualities – plus the economic benefit it can provide Alaska – make it one of the most interesting and promising new fibers out there.

The musk ox is a gigantic bison-looking animal, though it’s actually more closely related to goats than it is to bison or cows. It’s a native Arctic animal, living in the coldest regions of North America and Greenland, but thanks to hunting for its pelt, was wiped out of Alaska in the late 1800s. Starting in 1935, though, the US government began reintroducing musk oxen back into Alaska, where now there resides a population of a few thousand. 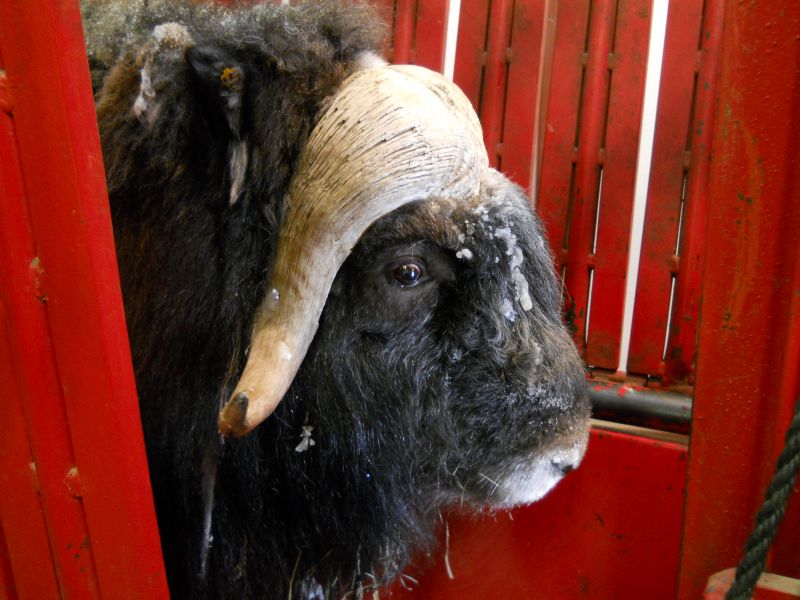 Qiviut is not a musk ox’s wool, exactly; instead, it’s the soft, fluffy undercoat, which serves as a protective element during the long arctic winters. Each spring, it’s shed all at once. “We notice when their coats start shedding, we bring them into the barn, and we have a squeeze shoot for them so they stay nice and still,” says Freeman, who works at the university’s Large Animal Research Station, studying Arctic mammals like the musk ox and reindeer. “Then we take an afro pick to pull out the qiviut from the long guard hairs.” It’s pretty nuts: That combing process basically results in pulling what looks like an entire sweater out from within the hairs of a musk ox. Take a look:

Qiviut can be brushed from the musk ox’s coat once per year, or it can be gathered wild; the qiviut comes out in little puffs naturally, but extended exposure to the sun can make it brittle and less than ideal for fabrics. Still, an Alaskan cooperative called Oomingmak has been gathering this qiviut and spinning it into yarn to be knitted into hats, scarves, and sweaters since 1969. If you want a qiviut item, they’re one of your few options, though you can buy the yarn in a handful of shops around the world.

Freeman has been studying qiviut yarn for years to find the best way to turn the product into a viable option for Alaskan farming, and the UAF’s Large Animal Research Station is one of the two farms in the state producing the fiber. “This could potentially be a really good revenue source for Alaska,” she says. “If you think about our agriculture, it’s kind of a sorry state; we’re about 15 years behind the rest of the country.” With a 90-day growing season for produce, livestock and fiber farming might be the best option to expand Alaskan agriculture.

It won’t necessarily be easy, though. Farming qiviut is a very recent development; this isn’t an ancient fiber we’re rediscovering. It was first gathered and spun in the 1930s by a home economics teacher in Alaska, and the animal was only domesticated for its fiber in 1954, right there in the Last Frontier. Everything is new: There aren’t yet any local mills that can properly separate and process the qiviut (so, at the moment, farms have to ship their yarn out to a mill in Connecticut for processing), nobody really knows yet how to optimize the musk oxen for maximum qiviut production, and there are only about 4,000 animals in the entire state. 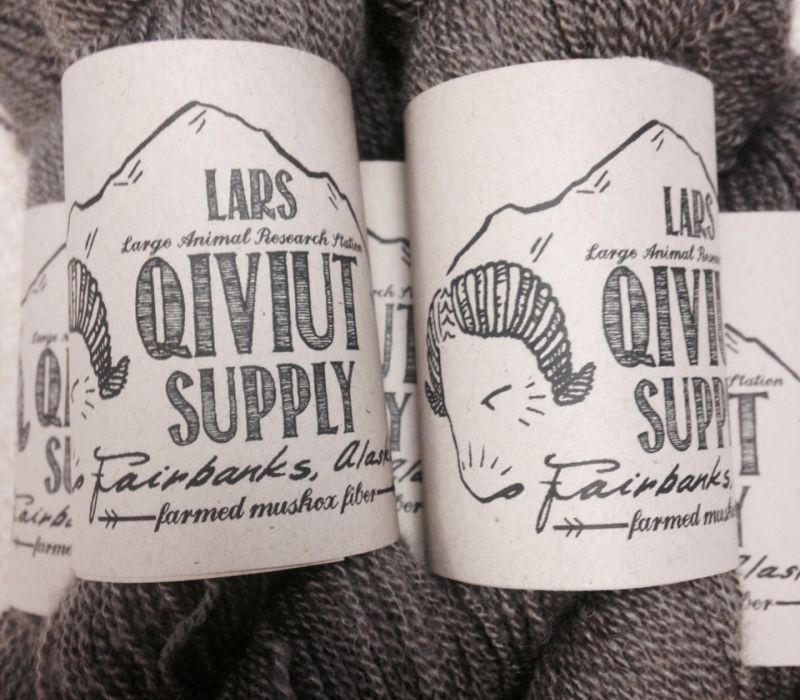 That said, there are many, many reasons why qiviut should be a huge success. Qiviut is, by all accounts, spectacularly soft and warm; it’s what keeps the musk ox alive through -80-degree F winters, it doesn’t pill or felt, and, as Freeman says, “there’s no scratch factor.” Upkeep is minimal: Musk oxen are built for the Arctic habitat to begin with, and they don’t need much since they’re able to graze for food and eat snow for water.

The prices for qiviut are insanely high right now due to the very small amount of it being produced. Raw, unprocessed qiviut goes for about $35 per ounce, which is more than twice the price of cashmere. At Oomingmak, the collective, scarves cost $275 and hats cost $190. At Cottage Craft Angora in Quebec, you can get a slightly larger collection – but sweaters are still expensive, with each near $1,000. But that’s wholly a matter of scale, says Freeman; if the interest and the processing ability is there, they can supply calves and get qiviut farming going.

After all, who knows warmth better than an Alaskan? “In Alaska you can never have too many sweaters,” says Freeman.

Thank you so much. Your article was very informative. I learned so much about Musk Ox & Qivuit.

Is there something wrong with my Qiviut? I have just started knitting with it. It felts more than any other yarn I have ever worked with. I have read that it does not felt.
Thanks, Susan

I live in Nova Scotia, Canada and I love creating landscapes with wool rovings or unspun fibres. I am looking for some natural, undyed, musk ox under-hair (or fur) for my work. Please, where might I purchase some of this and would appreciate prices too. Thank you.