Doctor: Plant Two Vegetable Plots and Call Me in the Morning

A new report from a UK think tank suggests that gardening could be the best thing for your health. 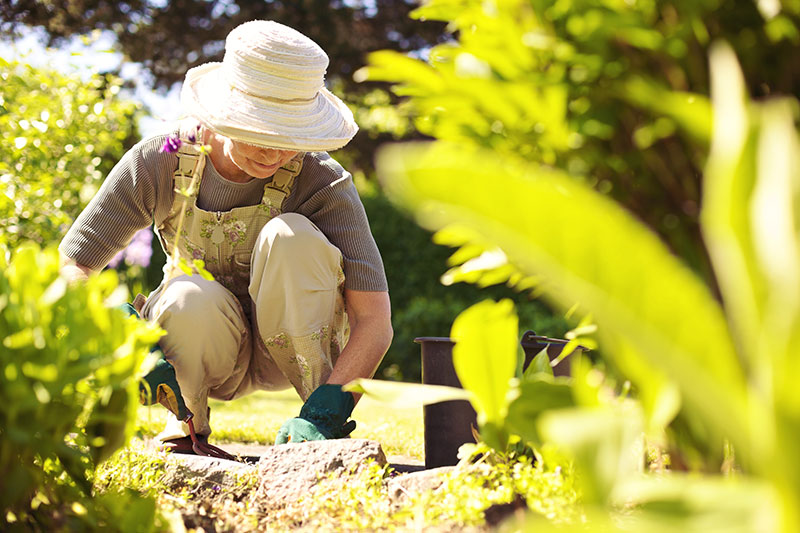 Gardening has long been linked to superior mental and even physical health, especially among seniors. Some of this research is kind of second-hand; they include gardening in studies about spending time in green space or including the reaching and stretching actions necessary as a low-level aerobic exercise. But in a new survey of gardening and its impact on health, the King’s Fund makes it clear that these correlations are too impressive to ignore.

Here’s just a small sampling of the research and conclusions used to make the argument in favor of medically-recommended gardening:

Exposure to green spaces, including gardens, is linked to reductions in health problems ranging from cardiovascular issues to obesity to mental health disorders. Children who grow up playing in gardens sport many of these same advantages, but also gain a great acceptance and knowledge of fruits and vegetables, which is likely to help them eat healthy later in life. Studies (which the King’s Fund admits are a bit limited, but promising) indicate that mental health issues from reductions in anxiety and depression to improved social conditioning have been linked to gardening.

Exposure to green spaces, including gardens, is linked to reductions in health problems ranging from cardiovascular issues to obesity to mental health disorders.

For seniors, especially, the picture painted by the survey is rosy. (Yes, the pun was intended. It feels like most puns are intended, right? Like if you write “no pun intended” you’ve recognized that there is a pun afoot and have actively chosen to keep it. You may not have intended to create it but you certainly intend to share it, is what I’m saying.) The survey finds that gardening by seniors can reduce loneliness and depression, and have remarkable physical effects by keeping people active, including reducing the number of falls a senior takes.

Another important element of the survey is how it challenges the problem with correlations like these. The big problem, as addressed by David Buck, a former skeptic and public health staffer at the King’s Fund, is that possession of a garden is restricted to those who can afford it – and decreased health problems are heavily correlated with having money. In other words, is the garden helping, or is it merely that having money helps, and if you have a garden, there’s a pretty good chance you also have some money? This new survey addresses that, doing its best to control for those sorts of variables, but acknowledges that the bias is still there.

The King’s Fund’s conclusion is to urge the National Health Service to encourage gardening not as a lark but as a legitimate health treatment option. This would include providing gardens to those who can’t afford them, which would help not just with understanding how gardening affects everyone, but also, hopefully, granting its positive effects outwards.