Big Ag Lobbyists Fight To Keep the Public From Knowing What They're Up To - Modern Farmer
Food & Drink, Lifestyle

The quasi-governmental groups behind slogans like "Got Milk?" don't want you to know anything about them. 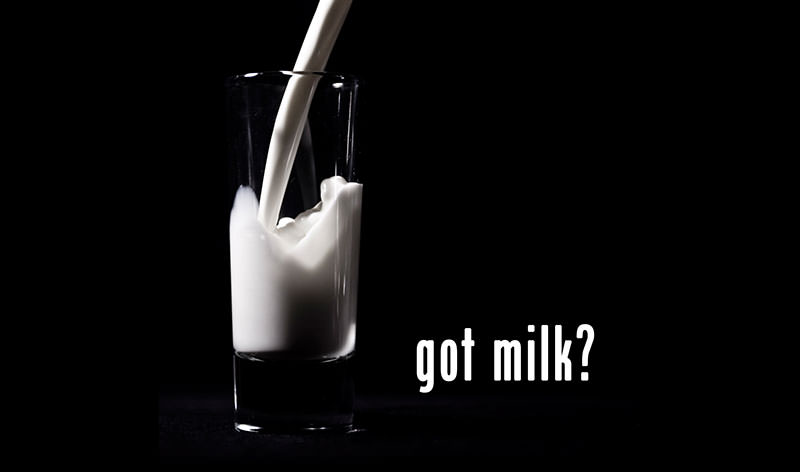 The Freedom of Information Act (commonly referred to as FOIA) is a necessary tool for transparency, though it has been amended several times throughout its 50-year history. It requires the Executive Branch of the government (including all the cabinets) to comply with requests for information from journalists, in the interest of openness and the public knowledge. Essentially, if you’re a journalist, and you want to know what your elected and appointed officials are up to, FOIA requires those officials give you what you want.

But there are parts of the government where FOIA doesn’t reach: for example, law enforcement if a reasonable argument can be made that fulfilling the request would hurt a case or put people at risk; records that, if released, would violate a government worker’s personal privacy (medical records, say); or other information that, if made public, would interfere with national security.

Fortune points us to a new wrinkle: 14 commodity groups have composed and sent a letter to the House of Representatives’ Subcommittee on Agriculture requesting to be exempt from FOIA. They are, essentially, lobbying groups for big sectors of American agriculture, including pork, eggs, beef, milk, watermelon, and Christmas trees. They specifically request that “checkoff programs” be exempt from FOIA.

This is all annoyingly complicated, but here are the basics: Commodity checkoff programs are organizations that collect dues from food producers and conduct promotional or research work. These are different, confusingly enough, from the groups that actually composed and signed that letter to Congress; those are basically lobbying groups that petition Congress to do things that the commodity checkoff programs want.

Anyway, those commodity checkoff programs are responsible for all the ads you see that advertise a basic product but not a brand name; they want you to eat more pork or drink more milk, but they won’t tell you specifically to buy any one product. These organizations have a very strange relationship to the government; the USDA “oversees” them, according to various official language and appoints members to their boards based on nominations from within the programs.

But taxpayers don’t fund these programs. The National Pork Board, which created the “Other White Meat” campaigns, for example, charges all pork producers $0.40 for every $100 of pork they sell, which goes partly to the National Pork Board for campaigns and research, and partly to the USDA for administration fees. (The fees are usually mandatory; farmers and producers sometimes try suing to get out of having to pay them, but court decisions generally have upheld the rights of the checkoff programs to force producers to pay. It’s not hard to imagine a farmer with already razor-thin margins chafing at being legally required to pay a gigantic marketing and research company to come up with ads that may not even directly benefit them.)

It’s not hard to imagine a farmer with already razor-thin margins chafing at being legally required to pay a gigantic marketing and research company to come up with ads that may not even directly benefit them.

So why are these checkoff programs, through their lobbying groups, trying to get out of FOIA? Forbes suggests that the request for exemption is related to the resignation of the CEO of the American Egg Board after the Associated Press revealed emails the CEO sent to Whole Foods trying to keep a competitor, an eggless mayonnaise, off store shelves.

This was a pretty major kerfuffle; the USDA launched an investigation into the fact that a quasi-governmental group was campaigning to torpedo a competitor. (That investigation is ongoing.) And now, about six months later, comes this letter, asking to prevent journalists from having the tools that made that kerfuffle public.

I spoke to Dave Warner of the National Pork Producers Council, which is one of the lobbying groups that signed the request for exemption. (The actual checkoff program is called the National Pork Board, which Warner says has had some of the same board members, though nobody serves on the board of both at the same time. The groups are separate but, not really; one is obviously working on behalf of the other in this matter.)

“We don’t think that employees of these boards, who are not government employees, should be subject to FOIA,” Warner says. “Any information that goes between the government and those boards, that would be subject, that’s why it’s not a blanket exception.” He stuck to this line and refused to entertain any of my theoreticals about why the press – and through the press the public – has a right to know what’s going on in these companies; he says, look, the law is clear, checkoff programs are not paid for by taxpayers, and are therefore not government employees, and thus not subject to FOIA requests.

That response is legally valid, but should it be? As in, yes, the commodity checkoff programs, by paying their own way, are technically not government employees. But does that fact make it any less important that the public know what they’re doing?

The checkoff programs compel farmers and producers to pay, exactly like taxes; they are programs whose board members are appointed by the federal government. The USDA, according to the USDA itself, oversees them. Specifically, the USDA “provides oversight, ensuring fiscal responsibility, program efficiency, and fair treatment of participating stakeholders” to these programs. They are clearly not wholly private entities just because taxpayers aren’t funding them, and the eggless mayo fiasco makes it clear that there is a real social benefit to making them subject to FOIA requests. The eggless mayo remains on store shelves because, in part, it was revealed that the egg checkoff program was throwing its weight around in unsavory ways.