When reached for comment, the farmer/artist said, "Yes it is me. I did it." 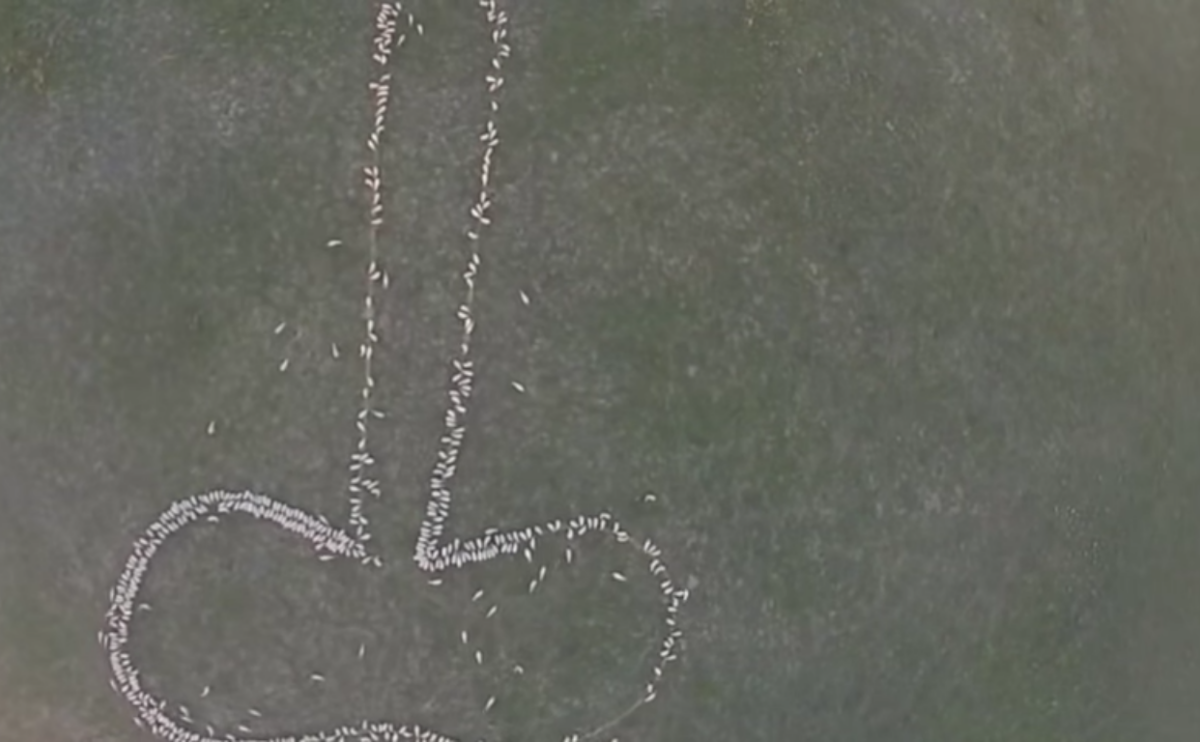 We’ve seen this before; it’s even been used to protest, as when New Zealand farmer Mike Bowler protested the high price of feed during a drought by spelling out “BUGGER” with his sheep. But we’ve never seen anything quite like this.

Hugh Beveridge farms merino sheep in New South Wales, Australia. He’s also a big fan of drones; he routinely sends up a little copter outfitted with a camera to capture the strangely soothing movements of the white sheep against the dark green pastures of his farm. But a recent project in which he arranged feed in a pattern, and then filmed it from above with a drone, gave us a pretty good laugh.

Beveridge posted this video to YouTube on May 12th, with a very brief description: “Merino sheep feeding Australia.”

After a little sleuthing (read: I sent him a message via YouTube. Reporting sometimes sounds harder than it is), I emailed briefly with Beveridge. “That is shot on my farm near a little place called Armatree in Central-West NSW, Australia,” he writes. “I mess around with drones a bit here.”

I asked what the motivation was for crafting such a beautiful and poignant image. Was this a protest of some sort, like Bowler’s? “Not really, no,” he says. “I thought it might get a few laughs that’s about it.”

He succeeded. We snickered. Haha, look at those sheep.