From the Ashes: 3 Companies That’ll Turn Cremains into a Tree

Just because you're dead doesn't mean you should stop caring about the Earth. 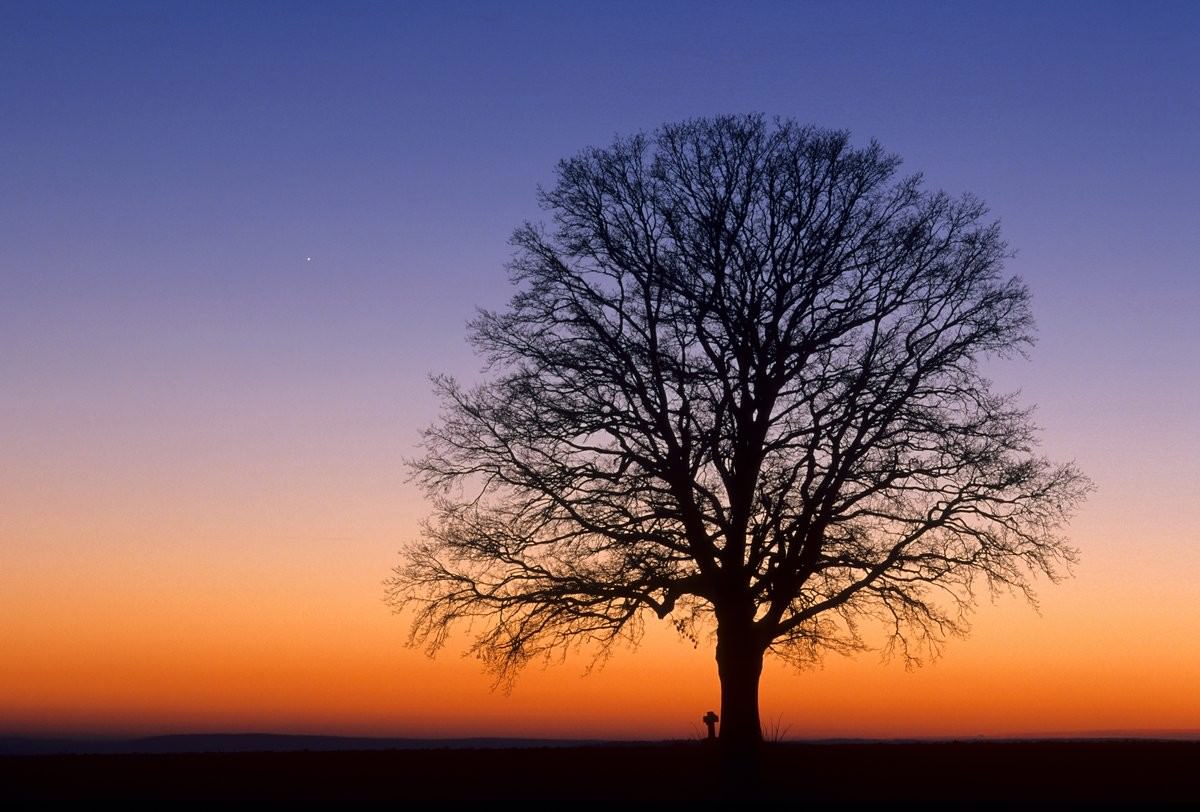 If you or your loved ones want to be environmentally friendly, even in death, you have a few options and considerations: Green burials – the practice of “returning a person to the earth” by burying in a biodegradable casket, without embalming fluid or a concrete vault – is legal in all 50 states but saddled with rules and regulations governing how and where you can bury. Not all cemeteries allow green burials (but you can find one near you here). And when deciding between burial versus cremation, consider the issue of dwindling cemetery space: It’s estimated that between 2024 and 2042, about 76 million Americans will reach the average life expectancy of 78 years; when they pass on, they’ll require burial space roughly the size of Las Vegas.

For people who choose cremation, several companies have created biodegradable urns that, when combined with specific soil mixtures, use cremains to help grow a tree. In a way, these products hark back to a time before the creation of the “traditional” burial system – when our ancestors’ remains went straight into the ground and provided sustenance for all sorts of plant life – but in a 21st century, space-saving, environmentally-friendly manner. Here are three companies that have their own particular products to help you continue the cycle of life.

Bios, a Spanish company who wants to “convert cemeteries into forests,” recently raised more than €73,000 (about $82,800) through a Kickstarter campaign for their new product, the Bios Incube. This gadget pairs with the company’s existing biodegradable urn and tree-growing kit to allow you to grow a seedling in your home, rather than find a burial spot. Incube is smart: It tracks your plant’s temperature, electrical conductivity, solar irradiance, and soil humidity; using that data, it automatically waters. Roger Moliné, the COO and co-founder, tells Modern Farmer in an email says he came up with the idea after receiving requests from a number of customers who complained of limited cemetery space or having no place to plant their biodegradable urn.

The Incube can water the tree for up to 20 days before you need to refill it, and connects to your smartphone or tablet through an app to keep you alerted to what’s happening with your seedling.

Bios will begin taking pre-orders next month on their website and expects to start shipping the Incube to their Kickstarter funders by the end of the year, with a general release tentatively scheduled for sometime in 2018. The company is also working on creating Bios Incube centers where people can have their trees incubated for them.

“We really believe it can help people who live in big cities with limited space for burials, and for those who want to take on an active role in growing something from just a seed,” says Moliné. “We decided it was okay to bring the process of death and dying up to speed with 21st-century demands and requests. We also wanted to create something that was environmentally friendly, and could encourage even those who don’t garden or aren’t used to growing plants or trees, to take on a new activity and find peace in a different practice.”

Bios Urn: $145 (choice of a five types of trees, including maple, pine, ash, gingko, and beech) 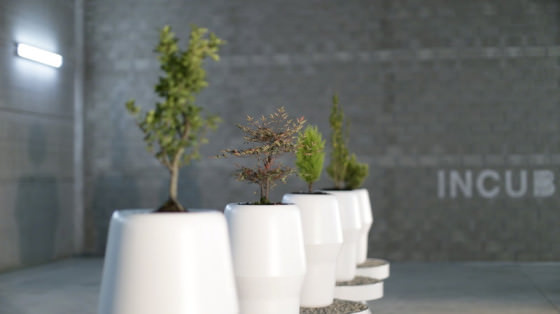 The Bios Incube. Courtesy of Bios

Based in Colorado, The Living Urn‘s system includes a biodegradable urn packaged in a handmade bamboo container, with a seedling, wood chips, a proprietary soil mix, and an ash-neutralizing agent that helps counteract the chemical properties of cremated remains to produce a balanced growing environment. According to co-founder Mark Brewer, the company provides seedlings – with a wide range of between 15 and 20 choices of tree types based on the customer’s growing zone – instead of seeds, which helps ensure you’ll actually be able to grow the tree, as seed germination can be tricky for amateurs.

Founded by three life-long friends, the idea for the product was initially conceived by another of the company’s partners, Brandon Patty, following the death of a friend. Patty wanted to honor his memory by planting a tree using his cremains. A few years later the three entrepreneurs, who all had an environmentalist bent, began working on the idea, with the help of arborists, soil scientists, and eco-friendly manufacturers. After about a year-and-a-half, the trio created to The Living Urn. They have also added a version for pets.

“We feel lucky to have such a great product and are excited to get the word out and have more and more families be made aware of this uplifting option that’s available to them,” says Brewer in an email. 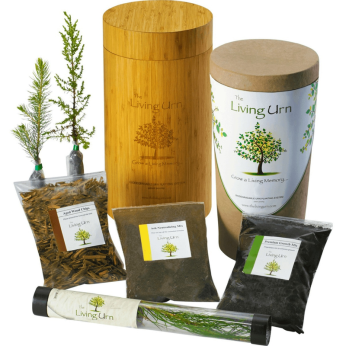 EterniTrees, which is based in Oregon, uses a proprietary growing medium that helps release beneficial plant nutrients found in cremated ashes. (On their own, cremains aren’t actually plant friendly.) The urn holds about a cup of ashes so there’s the option of planting several trees using the cremains, scattering some of the ashes, or memorializing them in some other way. The company offers a choice of around 15 tree types based on your growing area, as well as a “Personal Choice” urn that allows you to locally source the seeds you choose to germinate.

If the seed doesn’t grow or an animal destroys the seedling, the company will send you more seeds and growing medium, or an actual seedling if seasonable available, for free. 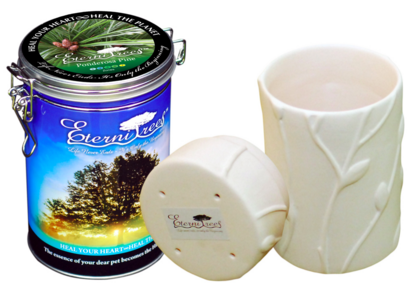 Hi, i am launching a campaign called “Treeincarnate.me” med May 2019 to create awareness and interest for Treeincarnation the process of transforming lifeless human and pet ash into magnificent living trees. https://www.youtube.com/watch?v=PgB50Rfl4K0 i have even rewritten Imagine 🙂

i told my kids that i wanted a tree burial, and found what i was looking for. the price was 119.00 not counting the price of the tree, but it stated there is a place in tennesse or ohio that you can be placed with out worry you would be cut down. .

i dont want all of my ashes to become a tree just most, how much is needed? right now i weigh 148 and am 68 inches. i want some of them spread as well. just curious

What is the process? Is the urn provided to the mortician by the family, body cremated, added to urn, and handed back to family? How long is the tree seed viable before planting? Where do you plant? Anywhere? Or are there legal considerations?