Amazing Use For Tobacco Besides Smoking It: Jet Fuel (Seriously)

Only the plane can smoke it. 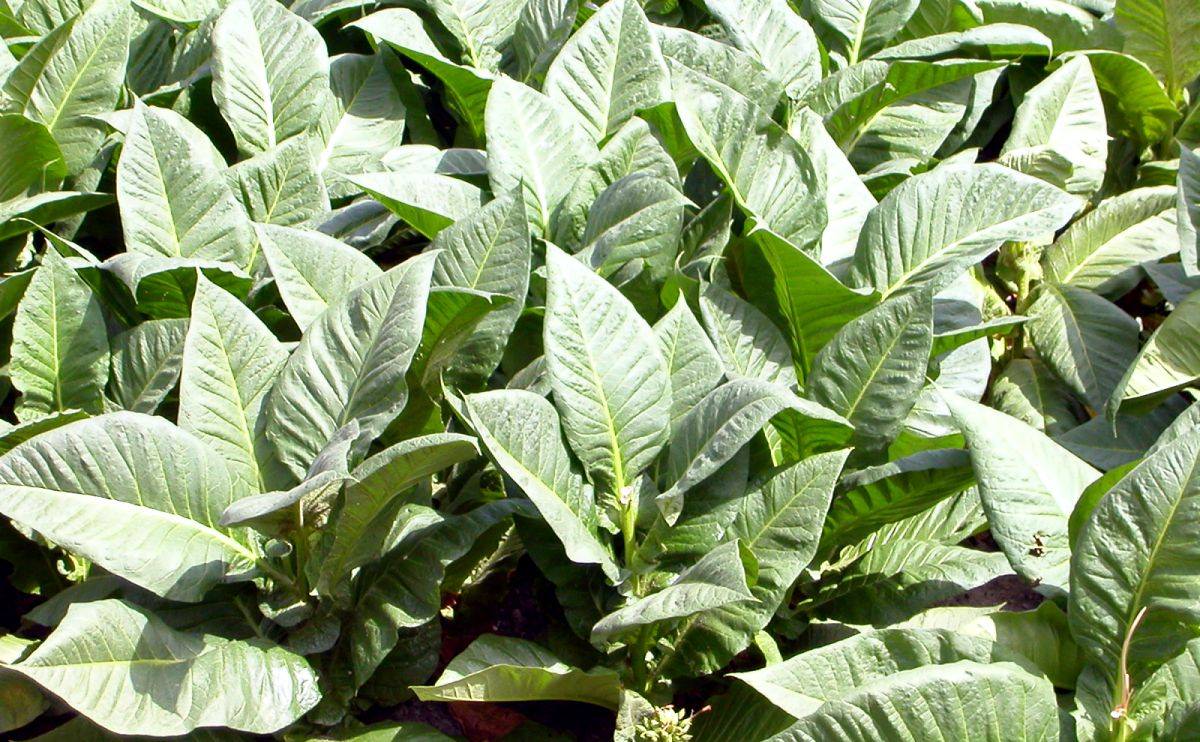 According to Fast Company, tobacco production and revenue in the US have dropped wildly, down about 60 percent from 1997 to 2011. Growing awareness of the incredibly dangerous health effects of tobacco consumption through cigarettes and other methods has placed a huge toll on the crop. Tobacco farmers, primarily in the mid-southeast states like Kentucky and North Carolina, have increasingly stopped growing it. Why bother?

But tobacco is more than just filler for cigarettes and pipes. It’s a member of the nightshade family, like tomatoes and eggplant, but incredibly fast-growing; tobacco is usually harvested multiple times a year, sawing it off at the bottom of the stem with a knife and allowing it to grow back. And that ability makes it an interesting crop for uses other than the usual cigarette.

In recent years, biologists have been messing around with breeding and modifying tobacco to change its possible use. It’s now sometimes bred to have no nicotine, the chief stimulant and addicting agent, and to have a high sugar content. Those two qualities make it totally unsuitable for curing and smoking, but promising for use as biofuel.

Denice Thibodeau of the Danville Register & Bee alerts us to a project in Danville, Virginia, an ideal environment for tobacco. Tyton Bioenergy, based in Danville*, has been working with tobacco as a source of biofuel and oil. With tobacco plants that can grow, says Thibodeau, up to 15 feet high, Tyton can secure an awful lot of plant matter to press and process into the raw materials for biofuel. In fact, the company says: “This proprietary energy tobacco can produce up to three times the amount of ethanol per acre as corn and three times the oil per acre as soy.”

Now, Tyton says they’ve figured out a way to use the tobacco biofuel as jet fuel, putting them in the surprisingly and increasingly crowded space for tobacco-based jet fuels – Boeing has been working on something similar for a little while, though using South African tobacco rather than American.

* Correction: A previous version of this article mistakenly identified Tyton Bioenergy as being based in North Carolina. We apologize for the error.

I’M INTERESTED IN ANY INFORMATION YOU HAVE ON TOBACCO PLANT USED FOR BIOFUEL FOR JETS. THANK YOU.

[…] to Modern Farmer, tobacco is more than a filler for cigarettes and pipes. It’s a member of the nightshade family, […]