The pair moved from Philly to small town Vermont when a neighbor ratted them out for their (admittedly illegal) backyard chickens. 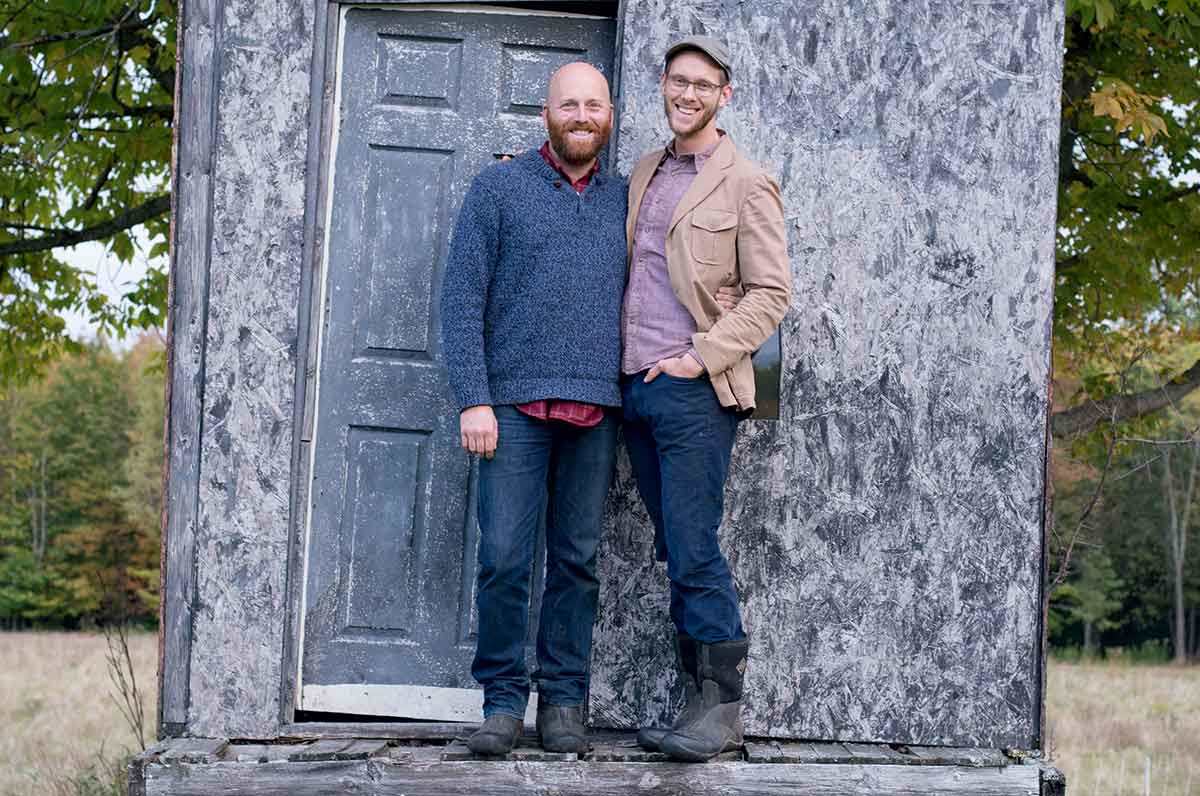 Bailey Hale (left) and Thomas McCurdy are in the process of converting this ice-fishing shack - which sat on their Vermont property when they bought it in 2014 - into a chicken coop.
Photography Alissa Hessler
Share
Tweet
Pin
Email
679 Shares

Bailey Hale knew his days as an urbanite were numbered the moment Philadelphia animal control officers showed up at the florist’s downtown row house five years ago to confiscate some 20 (admittedly illegal) hens. City of Brotherly Love? Ha. “My neighbors ratted me out,” Hale recalls. “And I liked those chickens a lot more than I liked most Philadelphians.”

Today, the 39-year-old tends more than 100 Ameraucanas, Marans, and “Olive Eggers” on 49 acres in Vermont’s Northeast Kingdom, purchased with an inheritance from his grandmother Ardelia. He and husband Thomas McCurdy, 28, also raise Gloucestershire Old Spot pigs and Guernsey goats. But the couple have found financial success by focusing on their former careers. Hale does a brisk business selling sustainably grown peonies, dahlias, and other cut flowers to area floral designers and wedding planners. McCurdy, a trained pastry chef, transforms the farm’s pasture-raised eggs into cakes, scones, and cookies, which proved such a hit at nearby farmers markets that the pair recently launched an online bakery at ardeliafarm.com. 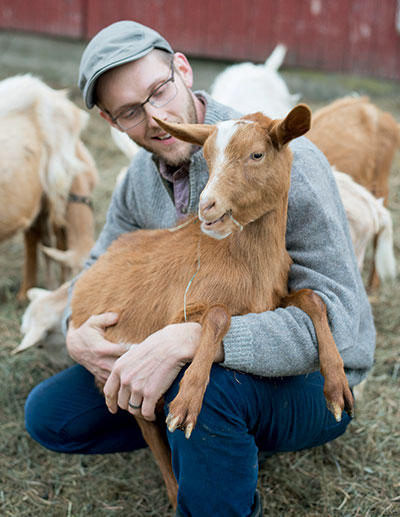 McCurdy steals a moment with Elsa, a Guernsey goat named before the farmers had heard of the movie Frozen.

As for the birds that forced Hale and McCurdy’s initial exodus? They continue to command attention. “Last winter, we posted an Instagram video of the chickens marching through the snow,” McCurdy says of a clip that quickly garnered more than two million views. “Suddenly, Al Roker was on The Weather Channel, talking about our chickens.” 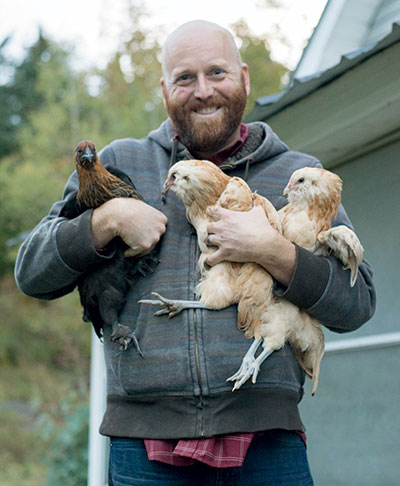