Will The Country’s Largest Fish Farm Actually Be Safe?

A gigantic fish farm off the coast of San Diego raises the ire of...everyone. 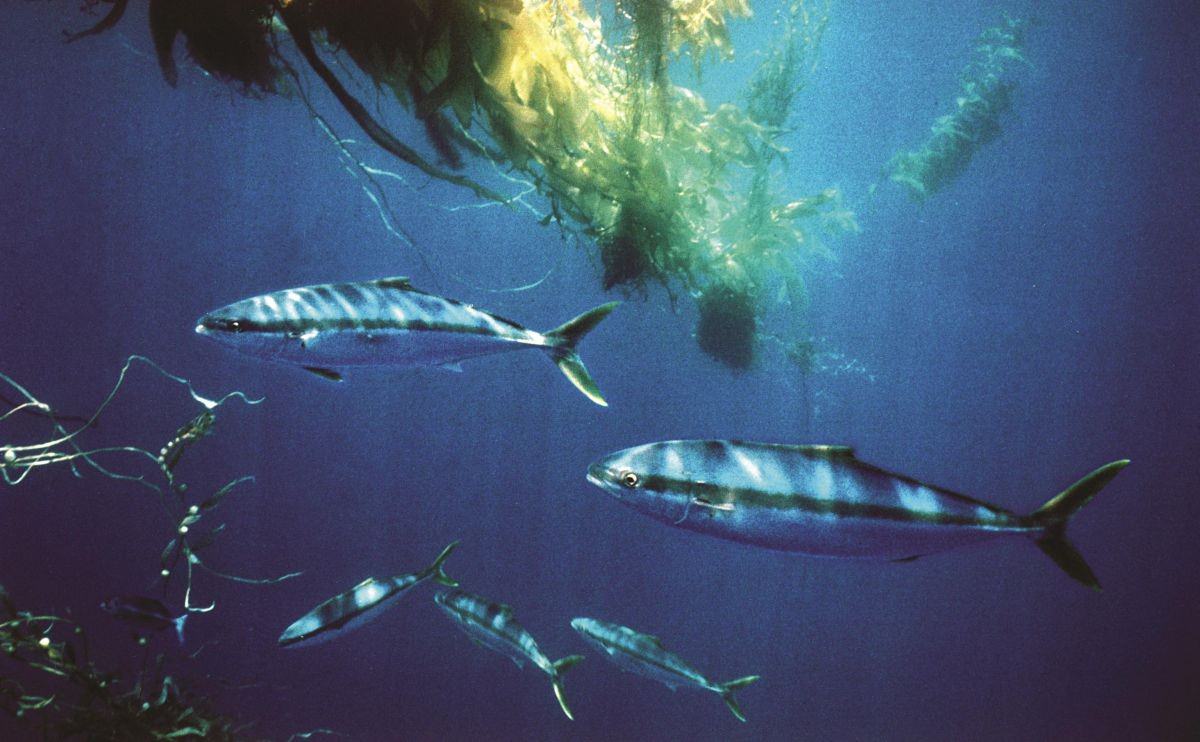 First, a little background. Rose Canyon Fisheries is a collaboration between the Hubbs-Sea World Research Institute (yeah, Sea World) and Cuna del Mar (a private equity firm). It’s planned to be a ridiculous 29,000 square meters in size, just beyond the three-mile mark in the Pacific Ocean off of San Diego. Eventually, Rose Canyon hopes to produce about 11 million pounds of yellowtail jack, striped bass, and white seabass per year.

It’ll be the first of its kind in a whole bunch of ways, if it actually gets built. Voice of San Diego has been following the project for a couple years now, noting all the regulatory uncertainty involved in this kind of project. The only real regulations in place for aquaculture are done by the states, which have jurisdiction over the waters up to three miles off their coasts. You’ll notice that Rose Canyon is just beyond that mark, meaning the state of California has no jurisdiction, leaving any regulation up to the federal government.

And the federal government basically has no laws about aquaculture. One notable bill seeking to impose some kind of regulation was proposed in 2011, but it has no co-sponsors and has yet to be passed by either the House or the Senate. Offshore waters are, basically, the wild west for aquaculture.

Despite that, Rose Canyon has had a hell of a time trying to get anything done. They told Voice of San Diego that they’ve worked out the technology to create these enormous cages that can withstand the rough Pacific, as well as working out costs to transport workers and product back and forth to the coast. Rose Canyon also repeatedly states its environmental bonafides – it’ll be farming only fish already native to the Pacific, and has an elaborate argument that the waste from the fish will be okay because “nutrients, managed properly, are beneficial wastes,” and “on land, animal wastes are routinely used as fertilizer.”

Despite that, environmentalists, including the local group San Diego Coastkeeper, are concerned about the type of feed (some fish farms use wild-caught fish as food for farmed fish, which is pretty inefficient), the possibility of disease, and the disruption to the local environment and possibility of danger to animals like sharks, whales, and seals. Nobody agrees that the waste (read: poop) is harmless because it’s sort of, in some way, like manure; groups ranging from university researchers to the World Wildlife Fund have spoken about the dangers of fish farm waste. Excess waste has been repeatedly linked to gigantic algal blooms that block out light and completely disrupt the ecosystem, killing all sorts of animals and plants under the surface.

Now, reports Voice of San Diego, some larger entities are voicing concern, too. The U.S. Navy sent a letter to Rose Canyon stating that the proposed location is frequently used by the Navy for various military activities, and that military debris or equipment is liable to drift into the farm, having who knows what kind of effect. The Navy asks that Rose Canyon either move the farm somewhere else or include legal language absolving the Navy from damages in case an unused missile or something ends up in a yellowtail cage.

Even worse, the city of San Diego is annoyed about the farm, because as part of an ongoing attempt to monitor and improve the ocean’s water quality, the city tests its water frequently. With tons of extra fish waste in the ocean, the city is concerned that their test results will be totally thrown off. And if those results show elevated levels of waste in the ocean, with the city unable to prove that the waste comes from Rose Canyon, they’ll be forced to implement an upgrade to those facilities, costing taxpayers an estimated $2 billion.

“Offshore aquaculture is the mass farming of fish in the ocean – it’s not fishing. Think of industrial feedlots for cattle or chickens and the environmental, animal welfare and human health issues associated with these large-scale meat production facilities. That’s aquaculture, but with fish,” writes San Diego Coastkeeper, an organization dedicated to protecting the waters in and around San Diego. Rose Canyon, it seems, has done little to assure the public that it’s more than that. In an emailed statement, Don Kent, President & CEO of Hubbs and Interim President of Rose Canyon Fisheries, declined to comment on any specifics. “It would be inappropriate for RCF to respond to specific comments made during the environmental review as that might interfere with EPA’s role to represent the best interests of the public and the resource,” he wrote.