How a recreational marijuana smoker and grower turned his hobby into a legal - and lucrative - business. 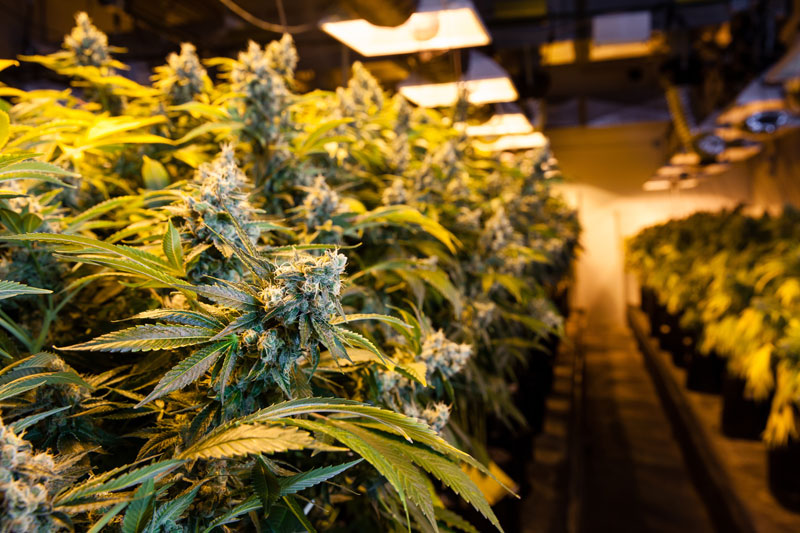 I remember scoffing at that estimate since I was in the best physical condition I’d ever been prior to my injury. I signed up for sprint triathlons, half marathons, and all kinds of other physical outdoor activities. I even subbed in as a yoga instructor at times. I felt the estimate put forth by my surgeon to be tantamount to lunacy.

Fast-forward eight years, and I’m still experiencing considerate chronic pain sometimes and moderate pain constantly. After my surgery I decided to embark upon an option made legal in my home state of Oregon: medical marijuana.

It’s a hot-button issue to some, but to me it was merely putting a stamp of validity on an activity I already knew probably more about than I should have. (After all, I did go to art school in Seattle.) Marijuana was a close ally of mine prior to my injury and continued after. Everyone has a vice: for some it’s cigarettes, others alcohol, gambling, gaming, a mix of some or way too much of another. Weed was my thing. Sure, I enjoy decent microbrews, fine Canadian-style whiskey, and top-shelf tequila, but there’s always been the green.

I’d dabbled in growing small amounts in my seasonal gardens; some seasons I’d produce enough for a month or so, and others I managed to grow quite a bit more. In 1998, thanks to the passing of Ballot Measure 67, it became legal to grow, possess, and distribute medical marijuana in Oregon. In 2009, I decided to up the ante on my personal growing game.

At the time I enrolled into the Oregon Medical Marijuana Program (OMMP), there were only a handful of legal dispensaries in the Portland metro area. Under the new laws, I was allowed to grow six plants; six budding plants. Marijuana has two main stages: the vegetative cycle and the flower cycle. Budding (the most marketable part of the plant, once dried and cured) occurs during flowering, and nearly all of the actual growth of the plant is done during the vegetative cycle.

When Ballot Measure 67 was first enacted you were allowed up to 99 non-budding plants. This was later reduced dramatically to 24 after 2010’s passing of Ballot Measure 74 – which lessened the complications of opening up a medical dispensary, as well as changed stipulations in regards to the grower. But regardless, my ability to grow was now sanctioned at the state level and in apparent abundance!

And grow I did, indeed. I teamed up with a buddy who has a degree in pharmaceutical chemistry, and we worked out the confusing calculations of nutrient solutions, soil mixtures, and additives, resulting in a unique concoction of grow mediums and fertilization. It flourished. Now I consistently have 12 plants every flowering cycle and 24 in the vegetative cycle. I distribute locally where I live along the Oregon coast at medical dispensaries, as well as recreational dispensaries, thanks to 2014’s Ballot Measure 91, which made possession of less than an ounce legal for recreational users. 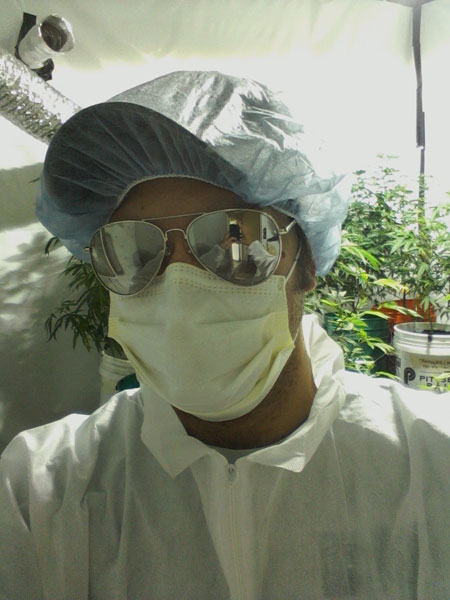 All medicinal growers go through myriad learning curves (as all farmers do), including spider-mite infestations, midges, root aphids, white powdery mildew, caterpillars, pH lockout, nitrogen deficiency, potassium deficiency, grey mold – the list goes on and on. I’ve employed nearly as many methods to combat each problem over time; mail-ordered ladybugs, NEEM oil foliar spray, fumed sulfur, and in some cases even soil-based chemical pesticides. A lesson I’ve learned though, after all of this trial-and-error, is that if you’re employing a perpetual grow (a system of staggered grow times split between two separate light cycles) it maximizes productivity.

It’s an odd feeling to know that I’m not only growing weed, but I’m also reaping financial rewards to pay bills and generally live off of.

It’s an odd feeling to know that I’m not only growing weed, but I’m also reaping financial rewards to pay bills and generally live off of, which I’m proud of since the price of legal marijuana is roughly 50 percent what it is on the black market. What first started off as a hobby has turned into my primary source of consistent income. When I first began to grow, I didn’t want to rely on its generated income – but fast forward a few years, and I’m growing, cultivating, curing, and distributing medicinal marijuana. At the age of 26, I became completely self sufficient, and now at 34, I still am.

The market for medical marijuana is quickly changing here in Oregon and elsewhere as more states, and other countries as well, examine the cost benefits of marijuana incarceration. Washington and Colorado alone brought in roughly $200 million in revenue in their first year of marijuana tax collection. (Specifically $117 million in Colorado and $83 million in Washington.) To say it is not a boon industry is to ignore the obvious fact in recent years people, many of them ill, have found the effects of marijuana favorable.

As for me and my back, well, even high-quality medicinal weed can’t eclipse some pain, but it does help take my mind off of how uncomfortable it can be – and that’s a lot for something I can easily grow and cultivate myself. I am elated to see the public perception change. It’s progress that truly needed to be made.