You Could Get Paid to Save Struggling Monarchs - Modern Farmer
Animals, Plants

You Could Get Paid to Save Struggling Monarchs

The Environmental Defense Fund will pay ranchers and farmers to grow habitat, like any other crop, to try to save these important insects. 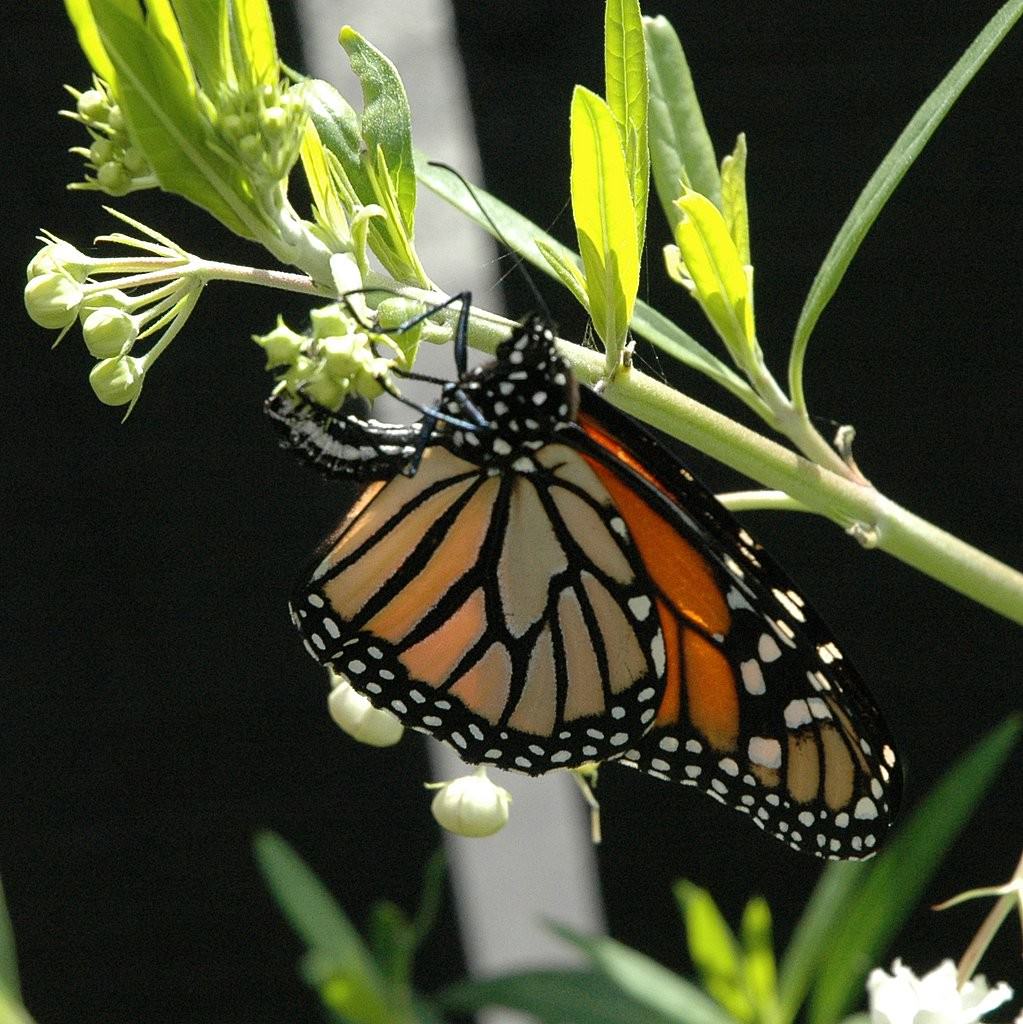 These important insects once numbered a billion strong just 20 years ago, too, but in the last few years their numbers have plummeted. In 2013 to 2014, there were around only 33 million; the next year they rebounded a bit and were estimated at about 56.5 million; and this year they are expected to have an even larger number. Even so, the precipitous drop has led some to call for the insects to be added to the Endangered Species List. The problem has to do with the loss of habitat for monarchs that overwinter in Mexico and the California coast then migrate north in the early spring making their way to Canada. These pollinators rely on milkweed – the only plant they will lay their eggs on – and flowers that provide nectar for food.

“These are the kinds of plants typically found in native prairie, roadsides, in the middle of farms. But in the last 20 years farming has changed,”ays Eric Holst, the associate vice president of the Environmental Defense Fund’s (EDF) working lands program. “It’s become a much more intensive activity, herbicide technology has allowed farms to be much more weed free. That provides benefits to farmers, but it has an unintended negative effect on populations of butterflies and other pollinators.”

There are a number of efforts underway to try and reverse the drop in monarch numbers, including the USDA asking farmers to volunteer portions of their land to establish milkweed habitat. But EDF, which brings a market-driven approach to environmental issues, is introducing another way, called a habitat exchange. It’s sort of a stock exchange – or maybe more accurately a carbon market – where landowners, farmers, and ranchers, get paid for restoring or improving monarch habitat either by entities like corporations or government agencies that need to mitigate their impact to wildlife, or by organizations and individuals who are interested in protecting monarch habitat.

“It’s a venue to connect buyers and sellers of conservation services,” says Holst. He says the idea started in the early 2000s in an unlikely place: The Army base at Fort Hood, Texas. The base was negatively impacting the the habitat of the golden cheeked warbler, a threatened bird species, and needed to find a way to offset it. The Environmental Defense Fund worked with Texas A&M University, ranchers near the base and the Army, and devised the first habitat exchange. Ranchers, by enhancing the warblers habitat on their properties, created conservation credits that the Army purchased, offsetting the loss of habitat on the base. The U.S. Fish and Wildlife Service made sure the deal met all the requirements needed. It was a win-win that led EDF to develop similar programs for other protected species like the lesser prairie chicken, the greater sage grouse, and the Swainson’s hawk, in California. The exchanges are under review by various regulatory agencies to ensure that they comply with government requirements.

In the case of the monarch, the plan is to develop the habitat exchange before the insect finds its way onto the Endangered Species List – which EDF thinks of as a last resort, since common application of the law doesn’t create strong enough incentives before a listing decision is made. They want to create an environment in which farmers consider habitat building the same as any other crop they grow. The first step is creating a “habitat quantification tool,” that allows biologists to place a numeric value on the quality of habitat, much like an appraiser would value a piece of property. Holst says they are doing that now and will be field testing the tool in April. They’re also building a “war chest” of potential buyers made up of companies, government agencies, and individuals willing to invest in monarch conservation.

“We’re proposing to launch an exchange that would create an economic, financial stimulus, so that farmers and ranchers throughout the monarch range would have a financial incentive to preserve monarch habitat. Hopefully enough habitat can be created and enhanced to avoid listing the species,” says Holst. “A lot of the politics around wildlife right now involves the idea that the federal government is out to get ranchers and farmers. We want to turn that on its head. We think tools like habitat exchanges can create an environment where farmers and ranchers see wildlife as an asset rather than a liability.”

The goal is to formally launch the monarch habitat exchange by the end of 2017. Besides field testing, EDF will be starting some pilot conservation projects this summer. While they are not actively soliciting participation right now (Holst says they have already identified their key pilot program sites), you can find out more and contact EDF here.

An earlier version of the story didn’t accurately reflect EDF’s position on the Endangered Species List, which has been clarified in this version.

If I have 30 acres Santa Cruz mountains, south facing slope sunny to grow milkweed to help monarch butterflies and pollinate milkweed with bees. Can a farmer get financial assistance?