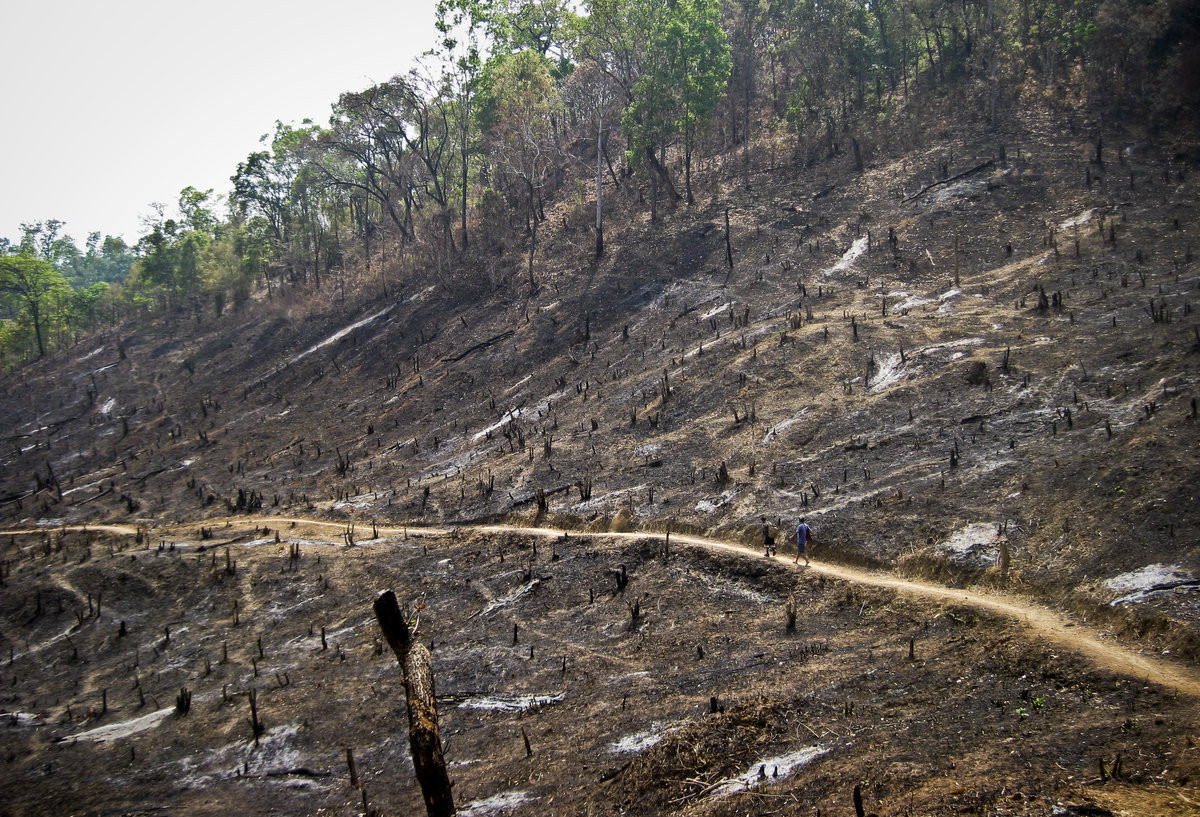 The theory that ancient farmers using slash-and-burn techniques created a dramatic rise in carbon dioxide (C02) and methane (CH4) in the atmosphere between 5,000 and 7,000 years ago was first advanced by William Ruddiman, a University of Virginia climate scientist, in 2003. The theory, known as the Early Anthropogenic Hypothesis, was hotly debated by climate scientists who believed the rise in carbon dioxide and methane could be chalked up to natural occurrences instead of human intervention.

In the latest paper titled “Late Holocene Climate: Natural or Anthropogenic?,” currently in Reviews of Geophysics, Ruddiman, the lead author of the study along with 11 colleagues from institutions in the U.S. and Europe, dig deeper than previous studies. This time, they go back 800,000 years to compare various periods of the climate record using Antarctic ice-core data, as well as looking at evidence from the fields of marine geology, archaeology, and paleoecology.

We’re currently in an interglacial period called the Holocene epoch that began around 12,000 years ago. This is the latest natural cycle between cooler glacial periods and warmer ones that the Earth has gone through due to the variations in its orbit around the sun. During previous interglacial periods, carbon dioxide and methane levels decreased allowing for cooler temperatures that ushered in glacial periods, popularly known as an ice age. This didn’t happen in the Holocene; instead there was a rise in these gases that coincided with the rise of agriculture.

“One part of the evidence is that CO2 and CH4 concentrations rose during the last several thousand years, but fell during equivalent times in previous interglaciations,” Ruddiman tells Modern Farmer in an email. “The other part is accumulating evidence of large gas emissions from the processes of early agriculture.”

According to Ruddiman and his colleagues, early farmers began clearing forests across the world in order to make space for crops and livestock. Deforestation emitted carbon dioxide, while large-scale rice cultivation produced methane, as did the growing herds of livestock. Ruddiman says the same processes are occurring now, but carbon dioxide emissions from burning fossil fuels are much larger, and other emissions of methane tied to industrialization have also entered the picture.

The most common argument against Ruddiman’s hypothesis is that such a small number of humans couldn’t have had such an oversized impact on the climate. But, Ruddiman says, they found that these early farmers cleared much larger swaths of land than later farmers because primitive agricultural practices were much less efficient. For example, in Europe 2,500 years ago nearly seven hectares of land was cleared per person, but by 1915, the number was a little more than one hectare of land per person.

While the hypothesis shows that humans have been affecting the climate for much longer than initially believed, it doesn’t in any way undermine current models on global warming in connection to industrialization and the burning of fossil fuels, according to Ruddiman.

“It doesn’t change our current understanding of the rapid warming of the last 150 years at all. But it does mean that this recent warming of about one degree celsius has built on a prior, much slower, warming of approximately equal size,” he says. “The one-degree celsius warming effect of greenhouse gases offset a natural cooling, but didn’t take climate into new, uncharted territory. This current one-degree celsius of warming has begun to do that.”