Like a game of Whack-a-Mole, ag-gag legislation has continued to emerge and will likely continue - as will the lawsuits that quickly follow. 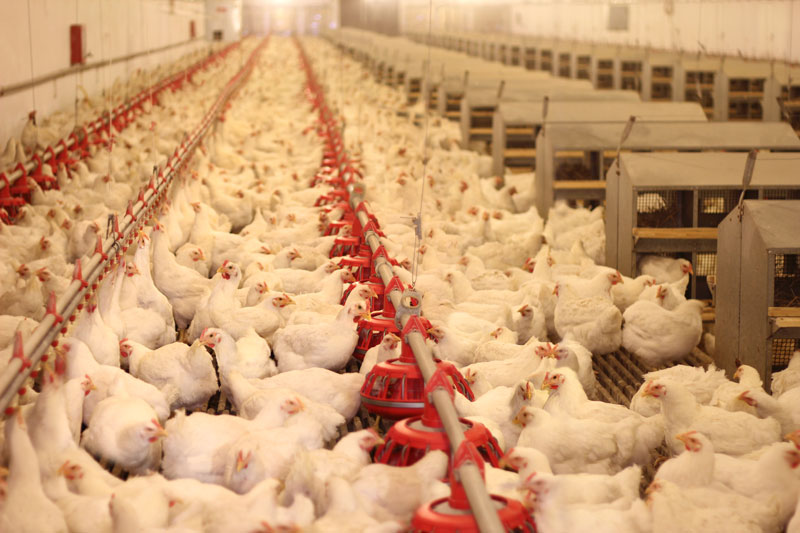 Sinclair’s first-hand knowledge of the terrible conditions came from seven weeks he spent researching at a Chicago meat-packing plant for a serialized novel he wrote for a socialist newspaper, which turned into his groundbreaking novel. If Sinclair had exposed these terrible truths in some states today, he could face criminal prosecution and huge fines. Farm protection laws, also known as “ag-gag laws” by their many detractors, first sprang up in several Great Plains states in the early 1990s and then had an uptick beginning in 2011.

“We think [these laws are] inconsistent with the history of muckraking and journalism in the U.S. We think it’s inconsistent with the First Amendment,” Justin Marceau, a Denver-based attorney involved in fighting ag-gag laws in various states, told Modern Farmer during an interview in August.

It all began in 1990 when then Kansas Gov. Mike Hayden signed the Farm Animal and Field Crop and Research Facilities Protection Act into law, criminalizing undercover videotaping at farms “with the intent of causing harm to the enterprise.” Both Montana and North Dakota passed similar laws a short time later. These early ag-gag laws were less far-reaching than those that have cropped up 20 years later. Now, the law tends to criminalize actions like getting hired at an animal facility under false pretenses and typically force people to turn over to law enforcement any footage of alleged animal abuse within 24 to 48 hours or face prosecution, which activists say doesn’t allow them to detail systematic abuse at facilities.

Lauren Gazzola and Andrew Stepanian, two leading animal rights activists in New York City in the 1990s, found out what happens when you hit corporations in their bottom line. They participated in a highly-successful campaign targeting an animal testing company in the early 2000s. But they soon found themselves in the FBI’s crosshairs for their activities. Gazzola, Stepanian, and several others, were labeled domestic terrorists by the federal government and prosecuted for their activities. Gazzola and Stepanian would go on to serve prison time.

Ryan Shapiro, another high-profile animal rights activist who had worked with Gazzola and Stepanian, and is now a PhD candidate at MIT, later uncovered information showing the fur industry, Department of Justice, and FBI had colluded in going after animal-rights activists.

In another example of heavy-handed tactics, Will Potter, an investigative journalist who was working at the Chicago Tribune in 2002, was arrested for passing out flyers about animal testing. A few weeks later, he was visited by two FBI agents who threatened to have him listed on the country’s domestic terrorist list unless he agreed to help them spy on protest groups.

According to them, some in corporate animal agriculture, along with state lawmakers, the laws are about protecting private property and privacy rights. They push for ag-gag laws and also – in many cases – help draft the legislative bills that have served to silence whistleblowers.

Kay Johnson Smith, the president and CEO of the non-profit Animal Agriculture Alliance, which represents the interests of various animal agriculture industries and food producers, says ag-gag laws are meant to protect farm families from having highly-edited videos – that aren’t really about stopping animal cruelty, she says – from being used to try to ruin them financially.

“They are designed to shock branded companies, policy makers, and consumers, with the goal of driving farmers who raise animals out of business, because [activists] feel people should not eat meat, milk, and eggs,” she says in an email.

According to Smith, animal care is the number one priority of all farm and ranch families since they are the ones with the vested interest in the animals’ well-being, as opposed to the activists. No animal abuse is condoned, defended, or tolerated, and many farms require employees to sign agreements to report any animal abuse they witness.

Currently, eight states – Montana, Wyoming, Utah, Kansas, Iowa, Missouri, North Dakota, and North Carolina – have ag-gag laws on the books, but in the face of the proliferation of these laws, a number of organizations, including those involved in animal protection, consumer rights, food safety, and whistleblower protection like the Center for Food Safety and Food & Water Watch, have stepped up to fight the various states in court and have seen some headway in challenging these laws.

In August 2015, a federal judge overturned Idaho’s ag-gag law citing its effect to suppress speech by undercover investigators and whistleblowers concerning topics of great public importance. The Idaho Attorney General’s Office has since filed an appeal in the case. Marceau – one of the lead attorneys for one of the plaintiffs, the Animal Legal Defense Fund, as well as a constitutional law professor at the University of Denver – said at the time that whistleblowing is protected speech, and video and audio recording is not just whistleblowing, but one of its most powerful forms.

Whistleblowing is protected speech, and video and audio recording is not just whistleblowing, but one of its most powerful forms.

Most recently, the Center for Food Safety, a nonprofit organization involved in litigating these types of laws, joined forces with other groups to have North Carolina’s ag-gag statute overturned. It went into effect on January 1, 2016, and is considered the farthest reaching ag-gag law since it covers not just animal agriculture workers, but all employees of private businesses in the state – leading to fears that it could stifle the reporting of abuse not just in the agricultural sector, but in industries such as childcare and healthcare. Anyone who takes unauthorized photographs or videos on non-public business premises, or removes documents or other information from the business, can face civil penalties of up to $5,000 per day.

Cristina Stella, a staff attorney for the Center for Food Safety, says the North Carolina law creates liability for any whistleblower or undercover investigator who chooses to reveal what they’ve documented outside of pre-approved channels and instead decide to go to the press or federal agencies. The law covers employees who witness animal abuse, uncover illegal pollution, or other unethical or illegal behavior, which hinders their ability to take action to stop them.

Smith, from the Animal Agriculture Alliance – who points out that, as a non-profit organization they do not take positions on legislation – says it’s important to note North Carolina’s law provides protections for all businesses, which should “have the right to protect themselves against fraudulent schemes and to expect employees to operate in good faith to complete the job they’ve been hired for, rather than advancing a hidden agenda,” she says.

Like a game of Whack-a-Mole, ag-gag legislation has continued to emerge and will likely continue – as will the lawsuits that quickly follow. They’re currently being litigated in Utah, Idaho, Wyoming, and now North Carolina. Says Stella, “These laws continue to be passed around the country and we are committing to fighting them anywhere they pop up.”

This article is presented in collaboration with Truth and Power, Participant Media’s new investigative documentary series on Pivot (Fridays at 10 p.m. ET/PT) that highlights ordinary people exposing breaches of public trust by governments and private institutions. Watch a sneak peek of this week’s episode, which dives deeper into the issues behind Ag-Gag laws.

As a part of Pivot’s “Know Your Rights” campaign, in association with the ACLU of Southern California, you can learn more about your civil liberties in the digital age. Understand your rights when exposing other instances of injustice by taking action below.