But does that really make backyard chickens less healthy? 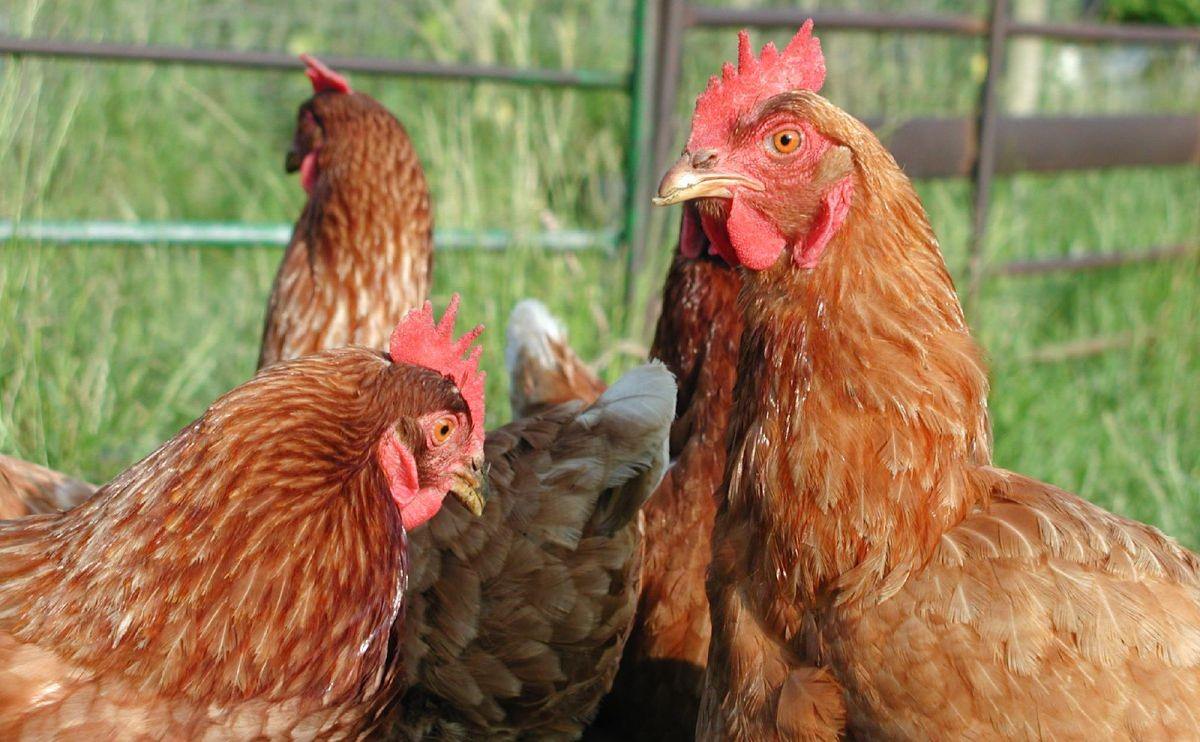 The study looked at a relatively small population of backyard chickens – just 100 chickens from 20 backyards, all in southern California. But even so, the results are interesting: 80 percent of the chickens examined had ectoparasites, meaning parasites on the skin or feathers of the chicken, like lice, ticks, or fleas. And there was an impressive variety: six different species of lice, three species of mites, and 20 percent of the population also had a particular species of flea.

This diversity, claim the researchers, is much higher than in battery chickens, the factory-raised chickens kept in tiny cages or pens. From the study’s release:

Commercial poultry flocks are known to suffer from several of the same ectoparasites, but these birds are generally housed in “battery cages” that give them little contact with the ground or substrate that immature stages of parasites like fleas and some mites need to develop. In addition, these cages provide fewer crevices that might harbor ticks or bed bugs when they aren’t feeding on birds. Finally, birds in commercial flocks are generally all the same age and breed which may affect the suite of parasites that they host.

This is all true, but can be misleading to those new to backyard chickens. For one thing, these ectoparasites are very different from the varieties that prey on humans (or pets like dogs and cats, for that matter). These lice, mites, ticks, and fleas will never jump from chickens to humans or to other animals; they are bird-specific. Another issue: Unlike deer ticks or dog ticks, these parasites don’t actually feed on blood, instead chowing down on dead skin cells, feathers, and scales.

That doesn’t mean they can’t be a problem. Serious infestations can irritate chickens severely and can impact growth and egg production. But they aren’t typically all that dangerous, and they’re a natural part of a healthy chicken’s life – “natural” in that the chicken has defensive measures it’ll instinctively take to combat them.

The bigger problem in the study is this bit:

According to Murillo [the study’s co-author, from the University of California, Riverside], many of the chicken owners that participated in this study were surprised to learn that their chickens had ectoparasites, and almost none of the owners were practicing parasite prevention.

Parasite prevention is pretty easy. Chickens, like most birds, will naturally roll around in dust or dirt in a behavior known as “dust bathing.” The particles in dirt or dust will smother, suffocate, or even tear apart the soft-bodied ectoparasites that are annoying the chicken. Chickens will do this without training, but backyard chicken owners have to supply dust for them to use. Here’s a good guide, which also includes the use of diatomaceous earth in case of really nasty infestations.

So are backyard chickens less healthy than factory chickens? Of course not. But they do have other needs that require attending.