"Get out," says private preschool and kindergarten to small local farm. (We're paraphrasing.) 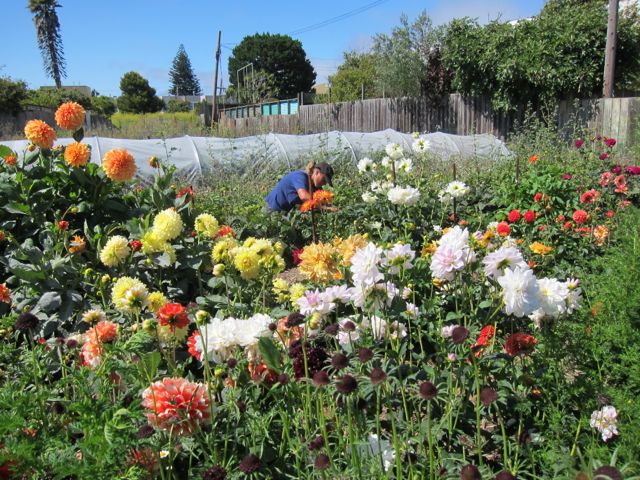 Little City Gardens may only be one acre in size, but it’s a successful working farm, selling flowers as well as providing greens and vegetables to local restaurants and markets. It is, in fact, the only working farm within the city limits of San Francisco, which local profiles have pointed out makes it pretty tricky for them to figure out which regulations apply to them.

The farm has been selling produce since 2010, but its financial situation has never been all that secure. Caitlyn Galloway, who runs the farm, does not own the land it uses; when the farm started, the land was owned by a developer whose building plans fell through and who granted permission for it to be used for agriculture. But in 2013, the developer sold the land to Golden Bridges School, a private preschool and kindergarten (though it aims to become a full grade school soon), for $1.2 million.

And Golden Bridges is kicking out Little City.

The San Francisco Chronicle reported on the debate, which for various reasons has raised the ire of neighbors. Though Golden Bridges says it’s dedicated to ecology education and that it will preserve two-thirds of the lot for outdoor space, that area does not include Little City, which will have to vacate. Neighbors are pissed, partly because the farm is a fun cool thing and partly because it’s much quieter than a bustling private school full of kids who have to be picked up and dropped off every day.

San Francisco has prohibitively expensive land, and Little City Gardens was exploiting a rare unused chunk in a city where an acre of land sells for upwards of a million dollars. And if the farm moves out of the city, it becomes much less special – just a small farm in a state full of farms both big and small.