An audacious plan to connect the eight million people along Long Island Sound by what they eat. 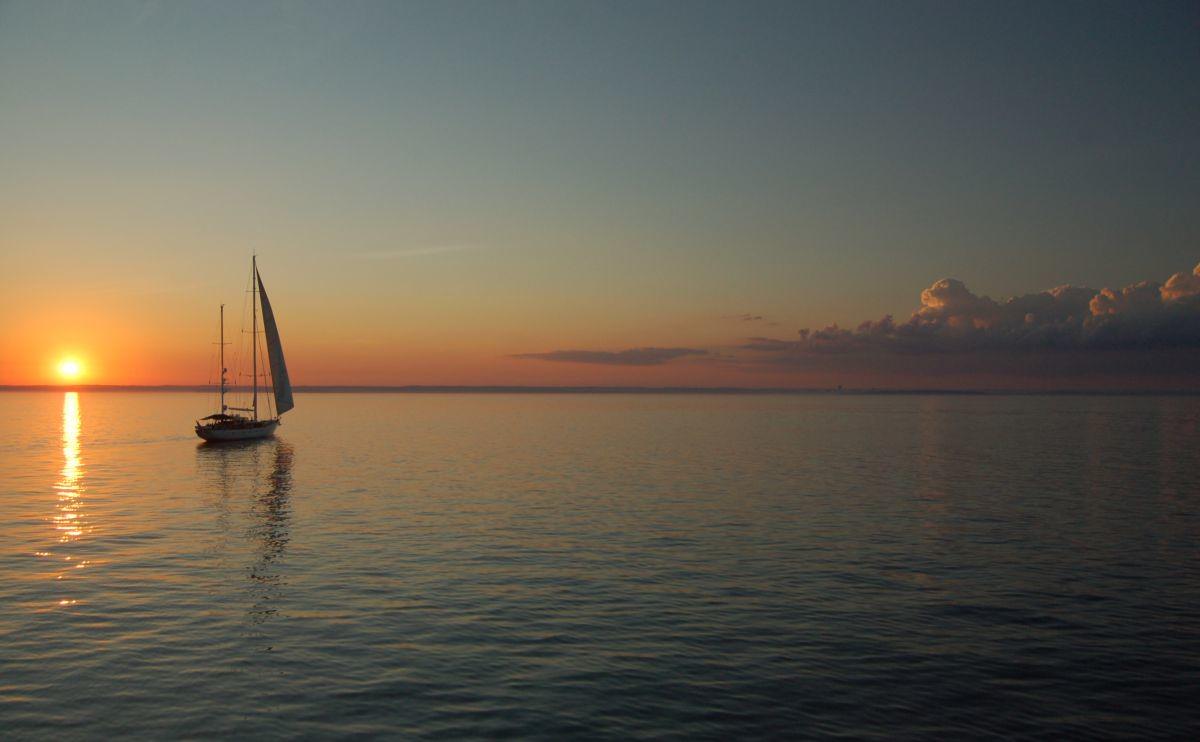 With beautiful beaches and key proximity to New York City, the Long Island Sound is one of the most trafficked chunks of water on the East Coast. Shipping and fishing boats lie just out of sight of vacationers. And along the coasts are some spectacular farms: Connecticut’s dairy farms are renowned, Westchester County in New York has amazing livestock, and Long Island produces some of the best potatoes in the world.

Yet there’s basically no way to connect those farms. “We have a big traffic problem up here in Connecticut, and when we reached out to different farmers about transportation issues, we found that the guys up in Connecticut couldn’t trade with the guys on Long Island because it was a six- or seven-hour trip in congestion through the cities and bridges,” says Bob Kunkel, the managing partner of Harbor Harvest, a multi-pronged business based in Norwalk, Connecticut. The Sound may look narrow on a map, but it’s far too wide to stretch a bridge across the wider sections, and to get from, say, Norwalk out to the outer stretches of Long Island, you have to head west all the way to New York City, battle your way through the chaos it holds, and then muscle out into the barely-less-dense stretches of western Long Island. It’s an awful, awful trip, and most farmers just don’t bother with it.

Kunkel is trying to change that. “I’m a shipbuilder by trade,” he says, an expertise he put to use by creating a hybrid propulsion vessel, similar to a Prius car, for the Maritime Aquarium at Norwalk. It takes, says Kunkel, about 10,000 children per year out into the Long Island Sound for field trips and such.

But Kunkel’s grandfather was a butcher in The Bronx, and Kunkel never lost his love of food and food production. That came to fruition with the opening of Harbor Harvest, an elaborate locavore shop, in Norwalk, earlier this year. Harbor Harvest sources produce and meats from local providers and butchers on-site. (They also have a pretty neat setup to grow herbs indoors, right on-site.) But it didn’t address the problem Kunkel saw with the Long Island Sound.

So, Harbor Harvest, with Kunkel as the lead, is working to construct an electric boat to ferry goods across the Long Island Sound, finally opening the trade routes between Long Island, Connecticut, and Westchester. The ship, which is already planned out and, says Kunkel, will be delivered sometime in the last quarter of 2016 or first quarter of 2017, is a 65-foot electric catamaran that Kunkel describes as “essentially one large walk-in refrigerator.” It’ll be capable of holding 12,000 pounds of product in both interior refrigerated space and open space on the deck. “We charge it the same as Tesla or anything else that’s plugging in,” says Kunkel.

And the best part? Instead of that eight-hour brutal slog, the Harbor Harvest vessel can make the trip from Norwalk to the Glen Cove or Great Neck areas of Long Island in only two-and-a-half hours.

Kunkel’s gotten a lot of interest from local providers and even markets, he says. “There are four ports on Long Island that want the boat, and some are actually considering bringing the farmers market right to shore.” What could be better during the growing season that making your way down to the waterfront to buy goods that by almost any definition qualify as local – but which you couldn’t find until a trade route opened up?