These 7 Professional Athletes are Also Farmers

We're not sure what's harder: coming through in the clutch, bottom of the ninth, two outs; or keeping a working farm fully operational. 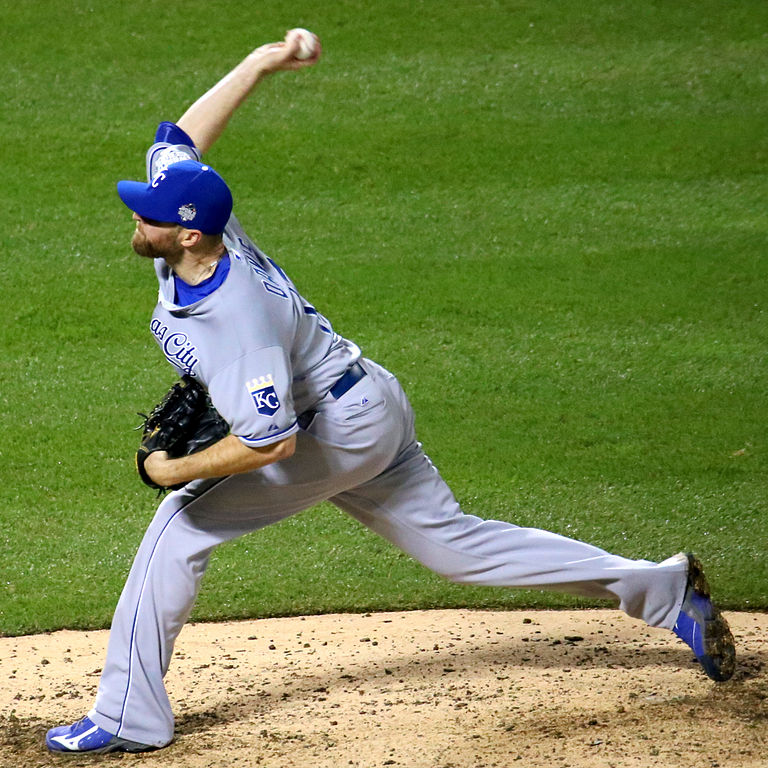 In 2012, Jason Brown shocked the sports world by walking away from a $37.5 million NFL contract to become a farmer in North Carolina. It was the former St. Louis Rams center’s religious convictions, plus a slew of how-to-farm YouTube videos, which led him off the gridiron and onto new agrarian pursuits. Last year, Brown donated 100,000 pounds of sweet potatoes and 10,000 pounds of cucumbers to local food pantries from his 1,000-acre farm in Louisburg, northeast of Raleigh. Here’s a CBS News interview with Brown from last year:

When he’s not helping the Kansas City Royals win the World Series, Wade Davis – the team’s clutch closer – spends his off-season on a 160-acre farm in Marlboro, New York, which he purchased last year. He calls it DC Farms in memory of his brother who passed away in 2013. His wife, Katelyn, told The Kansas City Star that all Davis wants to do is “hunt, farm, and play baseball.” During the season, she says, “It’s killing him to be away from it, but my dad is there farming it.” 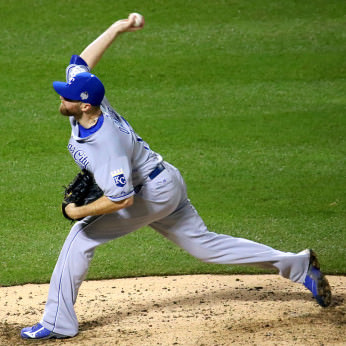 Wade Davis pitching for the Kansas City Royals during game five of the 2015 World Series. Arturo Pardavila III via Wikimedia

Plus: Meet the Original Kansas City Royal: A Cow

Jordy Nelson, a wide receiver for the Green Bay Packers, identifies more as a farmer than a football player and spends as much time as he can on his family’s farm in Riley, Kansas, where they grow wheat and raise cattle. We’re wondering if the torn ACL that has Nelson sidelined for the season is also affecting his farming workload – he’s known to put in 12-hour days.

Another Major League relief pitcher with a penchant for farming is Ross Ohlendorf, who plays for the Texas Rangers and spends a fair amount of time on his family’s cattle ranch, Rocking O Longhorns, located outside Austin. In the off-season, Ross, who once interned at the U.S. Department of Agriculture, weans calves and mends fences on their 2,000-acre spread, which was started by his father, a fifth-generation farmer/rancher. 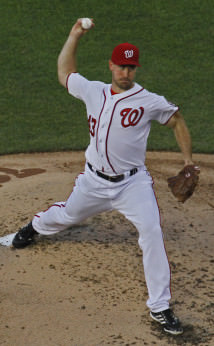 A 2013 photo of Ross Ohlendorf when he was with the Washington Nationals. DB KIng via Wikimedia

Giovanni Carmazzi, a third-round NFL draft pick in 2000, now has a small goat farm in Northern California. Before he retired, Carmazzi was a backup quarterback for the San Francisco 49ers, but never played a regular season game. He later spent time playing for the NFL Europe and in the Canadian Football League but now is busy with goats, yoga, and a company that develops online software programs for physicians.

Former basketball power forward and center Raef LaFrentz owns a farm in his home state of Iowa. He a first-round NBA draft pick who was snapped up by the Denver Nuggets in 1998 and played for several other teams before retiring in 2009.

Retired NHL legend Brian Sutter – the eldest of six brothers who all played ice hockey professionally – grew up on a dairy farm in Alberta, Canada, and has been quoted as saying that he and his brothers weren’t raised to be hockey players, they “were raised to be farmers.” Besides Brian, there was Daryll, Brent, Duane, Rich ,and Ron, who have all gone on to either coach or manage NHL teams, but have also been involved in agriculture. Their seventh brother, Gary, the oldest, was reportedly the best player of the whole clan, but stayed on the family farm to help his parents. A second generation of the Sutter family is also involved in professional hockey. We’ll have to see if they stick to family traditions and maintain their agricultural roots, too.