Before the World Series put the Kansas City Royals in the limelight, before there was even a team, there was the American Royal livestock show. 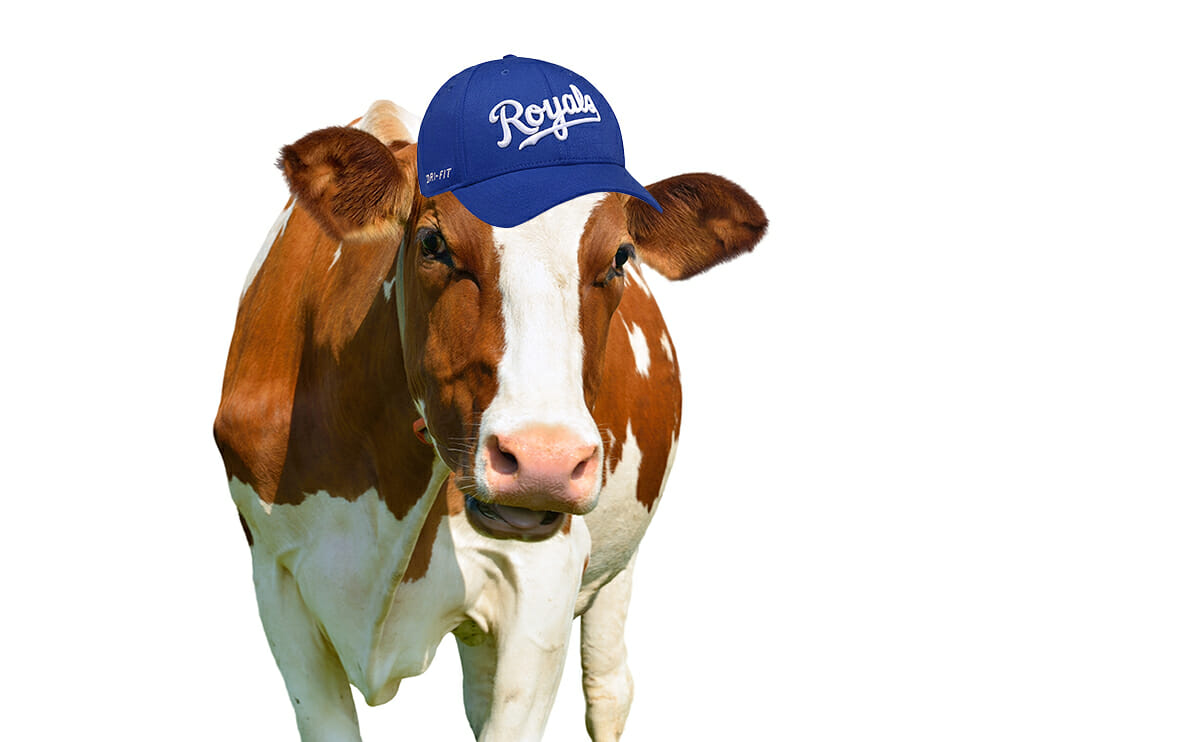 The show began in 1899 in the Kansas City stockyards, which were second only to Chicago at the time, attracting 55,000 visitors each year. This was the first American show for the exposition and sale of pure bred cattle, but it hadn’t yet adopted its regal name. In 1902 the show took on the name “American Royal” after the Kansas City Drover’s Telegram (a beef industry publication, natch) published a fervent editorial, arguing it was the American equivalent of Britain’s Royal Show.

Since the show’s earliest days American Royal seems to have been dogged by disaster. In 1903, the great flood devastated the show grounds. Then in 1917 the largest fire in Kansas City history tore through the stockyards, resulting in a loss of cattle valued at one million dollars. Once a permanent home for the show was established, another fire destroyed the main building in 1925. During the Second World War, the fairgrounds were turned over to war production, building military gliders, putting the show on hold for the duration. Eventually in 1979, the roof of the new Kemper Center, which hosted the American Royal, collapsed in a strong storm. Despite all of this, the show never faltered, and continues to grow every year.

During the 1928 show, in the Baltimore hotel in Kansas City, 33 young farmers from 18 states came together to form the Future Farmers of America. The national FFA convention would coincide with American Royal for the next 60 years (it would later move to Louisville, then Indianapolis).

“It came as no surprise that when it came time for Kansas City to choose the name for their new baseball team, “Royals” was at the top of the pile.”

When it came time for Kansas City to choose the name for their new baseball team in 1968, the city made it a public contest. “Royals” was obviously at the top of the pile, but “Mules” and “Cowpokes” were also in the running.

A cow would be a natural fit for the mascot of the Royals, yet when a mascot was voted on in 1996, fans went with a crowned lion. This seems to be a reflection of no one seeming to know why the team was named Royals. This could have been partly to do with a city effort in the 1970s to bill itself as more up to date city ready for tech and not cattle. Humorist Calvin Trillin noted ‘COWTOWN NO MORE’ was the standard headline associated with KC’s image overhaul.

Whether or not the World Series gives it any residual glamor, the American Royal continues to be one of the nation’s top livestock shows. One of the most popular events is now the barbecue contest, aptly named “The World Series of Barbecue.” Considered one of the biggest in the world, the contest attracts over 70,000 visitors.

Besides a crown jewel of American livestock shows, the Royal American has also formed an economic backbone in Kansas City, bringing in roughly $60 million into the city. It’s also a boon to charity — last year, its prize-winning steer sold for $160,000, all of which went to charitable organizations.

So while San Francisco may be banning Lorde and their mascot may lead you astray, the true heritage of the Kansas City Royals rests in stockyards and award-winning hogs.