Who knows what treasures lie beneath these crops? 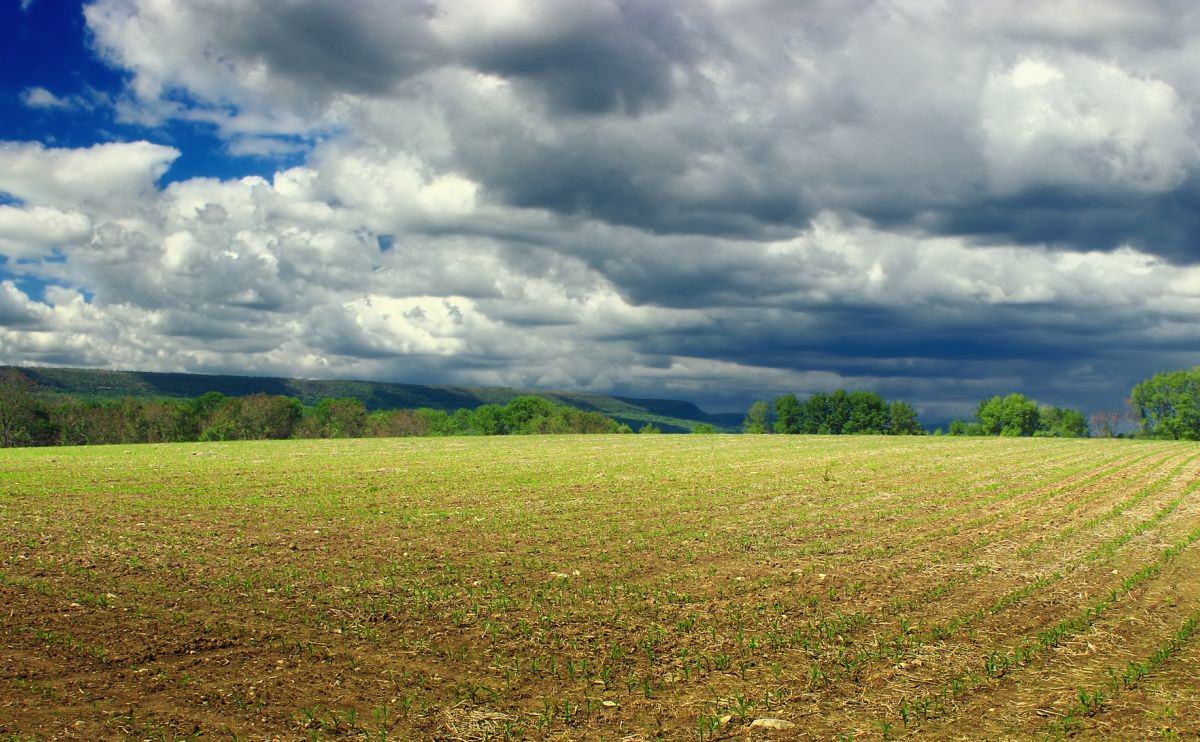 In 2013, North Dakota farmer Steve Jensen smelled crude oil for a few days before figuring out why. Then, while harvesting wheat, he noticed black oil bubbling out of the ground. More investigation revealed that nearby Tesoro Corp had suffered a break in one of their pipelines, and the oil had spread over an area about equal to seven football fields. It cost about $4 million, but the leak was eventually repaired.

Caches of cash (ha!) have repeatedly been found in farmland, buried by someone in years past. Where that gets more interesting is when it’s a fantastically large amount of money, or when it’s something super weird. Two examples: In 1922, Kentucky farmer Dave Jones stumbled upon a store of early British gold coins worth, at the time, about $48,000. (In today’s dollars, that’s more like $185,000.)

Another one, also from the Chicago Tribune‘s archives: In 1961, a Georgia farmer dug up a stump, only to find a nice present left behind: a gold bar worth an estimated $12,000 in then-current dollars (about $94,000 now). People just love to bury gold in farms!

This is a find so precious that it has its own name: the Crosby Garrett Helmet. An ornate copper-alloy antiquity – now a bit greenish thanks to the same chemical reaction that turned the Statue of Liberty green – the helmet dates back to the late 2nd or early 3rd-century. It was a ceremonial rather than a war helmet, but it wasn’t found in any ancient Roman ruins: It was found in a farm in Cumbria, England, in May 2010.

A metal detectionist (meaning someone who owns a metal detector) had found a few old Roman coins on land owned by farmer Eric Robinson. (The detectionist’s identity is not publicly known.) He stumbled upon the helmet, which was eventually auctioned off by Christie’s for a whopping $3.5 million in 2010. Robinson got half of that. 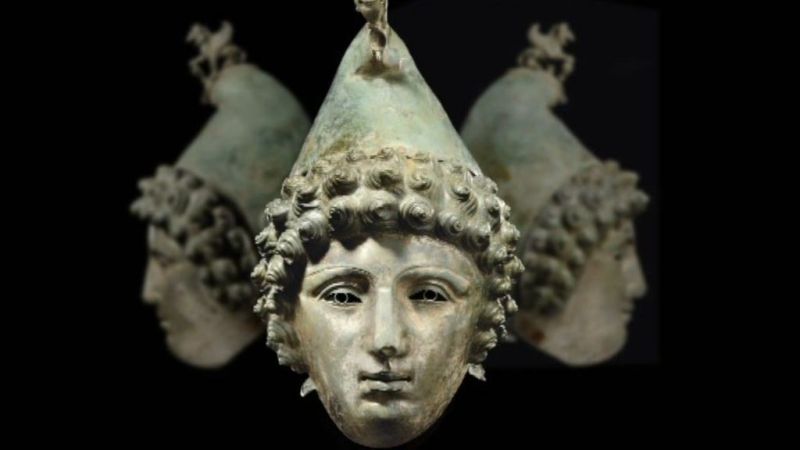 What better place could there be to grow a leafy crop like cannabis than in a field where leafy crops are already being grown? Cannabis plants are a fairly common find in the middle of large farms, like this cache of 150 plants found growing in a Pennsylvania cornfield.

Fossils can be found all over the place, but the process of converting bone to fossils is a delicate one that tends to function best in undisturbed, large, flat environments not particularly close to water. Know who else loves that kind of land? Farmers. So it’s no surprise that many fossils have been found in farms over the years.

A recent one, from earlier this week, actually: Michigan soybean farmer Jim Bristle was installing a drainage pipe in his farm when he banged up against an astoundingly intact mammoth skeleton, which dates from around 15,000 years ago. It’s a particularly interesting score to paleontologists, too, as it appears to be a hybrid of two mammoth species: the woolly and the Columbian. Bristle recently donated the skeleton to the nearby University of Michigan. 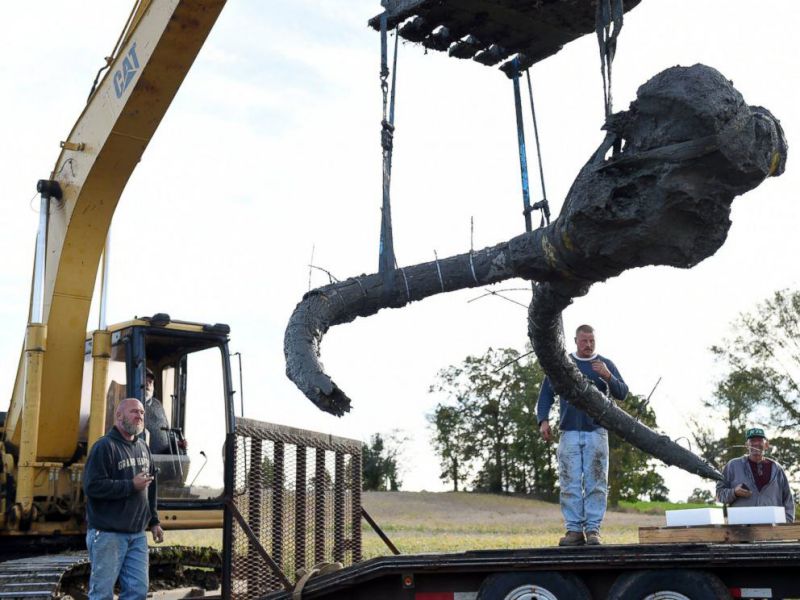 via Jim Ericson, University of Michigan

Weapons are often designed for toughness and durability, and if they find themselves lost in a field, they could sit there unharmed for hundreds or thousands of years as the land above changes. Eventually, that land may become a farm, and that farmer may do some digging, and, well, that’s how you end up with a 60-year-old farmer in the Chinese city Chongqing using a centuries-old sword as a kitchen knife.

As one of the oldest professions, sometimes farmland and farmhouses are handed down for generations; the houses can be almost as old as the tilled land. In Guatemala in 2012, a farmer decided to redo his kitchen only to find that one of his ancient stone walls held a beautiful Mayan mural depicting the earliest visits of Europeans to Guatemala. Many more could exist, but how would we know?