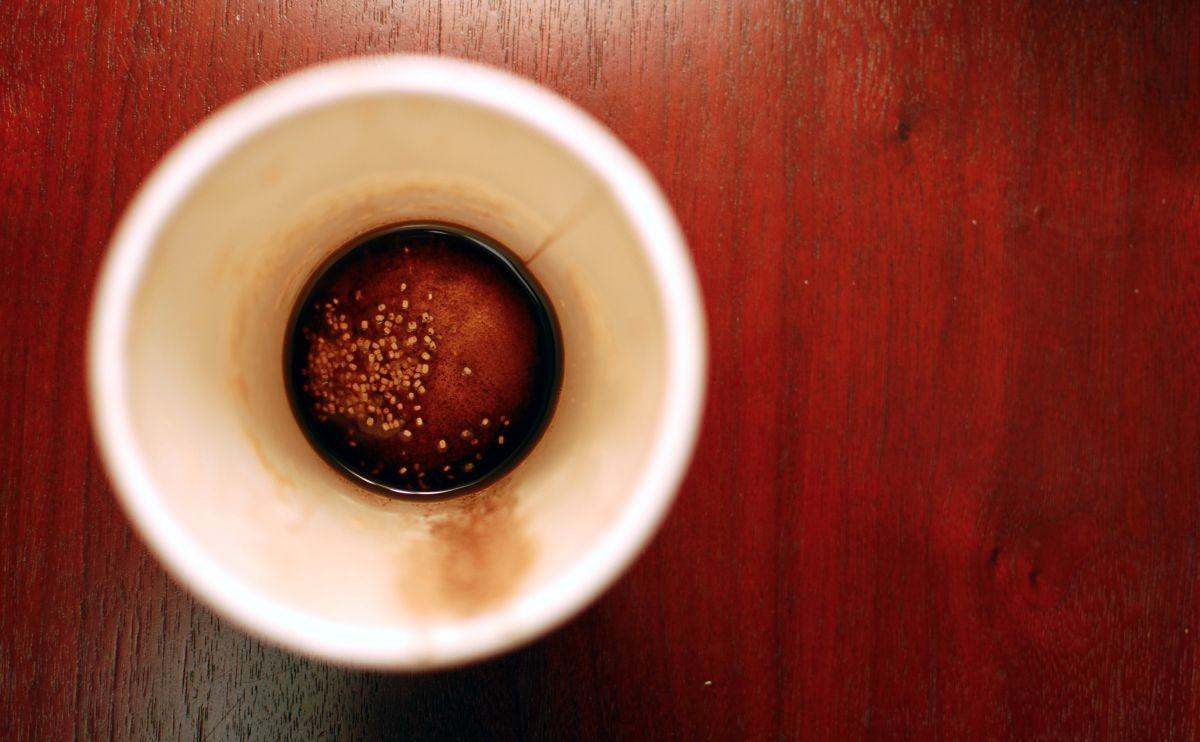 In desserts, where it’s now an essential element, salt both balances and brings out the sweetness of already-sweet elements. But in coffee, it takes on another role entirely. Serious Eats finds it to be a way to mitigate the bitterness of over-brewed coffee. Alton Brown put up a recipe on the Food Network’s website for an embarrassingly named “Man Coffee,” which includes a pinch of salt. And Bustle recently gave it a shot, stirring table salt into a cup of brewed coffee to see how it tastes.

The best-tested example probably comes from Chris Young of Modernist Cuisine, who in an interview with Eater advocated for the practice. But he doesn’t explain why this works, only stating that: “The idea with adding a tiny bit of salt to mask the bitterness of the coffee, and the trick when doing this is to get it so you don’t really detect the saltiness.”

Turns out that the way salt reduces our taste perception of bitterness is a well-known, but not at all well-understood, phenomenon. Chemists including Gary Beauchamp, director of the Monell Chemical Senses Center in Philadelphia, like to give a fun demonstration to show off how this works. It works like this: Take a glass of tonic water, a very bitter drink due to the presence of quinine, and add salt. Taste it again, and what you’ll find is that the tonic tastes both less bitter and much sweeter. (Tonic water is already extremely sweet, but it’s hard to tell because of the overpowering bitterness.)

Keep adding salt, and the tonic will taste sweeter and sweeter, until eventually you’ve salted it too much, and it’ll taste salty. “You’ll marvel at how the bitterness in the salted tonic has been reduced – there is as yet no hard and fast evidence as to why this happens, though one of the more likely theories is that the salt diverts the mind away from the bitterness inherent in the tonic, and it is the reduction in bitterness that creates the perception of sweetness,” writes famed chef Heston Blumenthal, owner of the legendary The Fat Duck, in a 2003 article for The Guardian.

To test it, I brewed coffee my usual way (freshly ground beans, in a moka pot on the stove) and added sugar before pouring in the first bit of coffee that brewed, imitating a Cuban-style espresso but with a pinch of salt instead of a lot of sugar. It tasted…strange. Not salty, certainly, but different: smoothed out, in a way that I didn’t necessarily find pleasant. The coffee I use is a fairly light roast, leaning towards acidity over roasted or bitter flavors, and the salt seems to have negated not just whatever bitterness was present but also the acidity. It wasn’t bad, exactly, but I don’t think I preferred it.

But the technique isn’t really meant for modern-style light roasts: Bustle, for example, loved the effect of salt on a very dark-roasted pre-ground Eight O’Clock-brand coffee. That’s a coffee with a lot of bitterness and not much acidity, which might take to the bitterness-reducing salt a bit more.

I don’t think I’ll continue to salt my coffee, but the trick is evidently not a placebo.