Florida is Making Progress in War with Giant Crop-Eating Snail

Snail-related terror in the Sunshine State might be coming to an end. 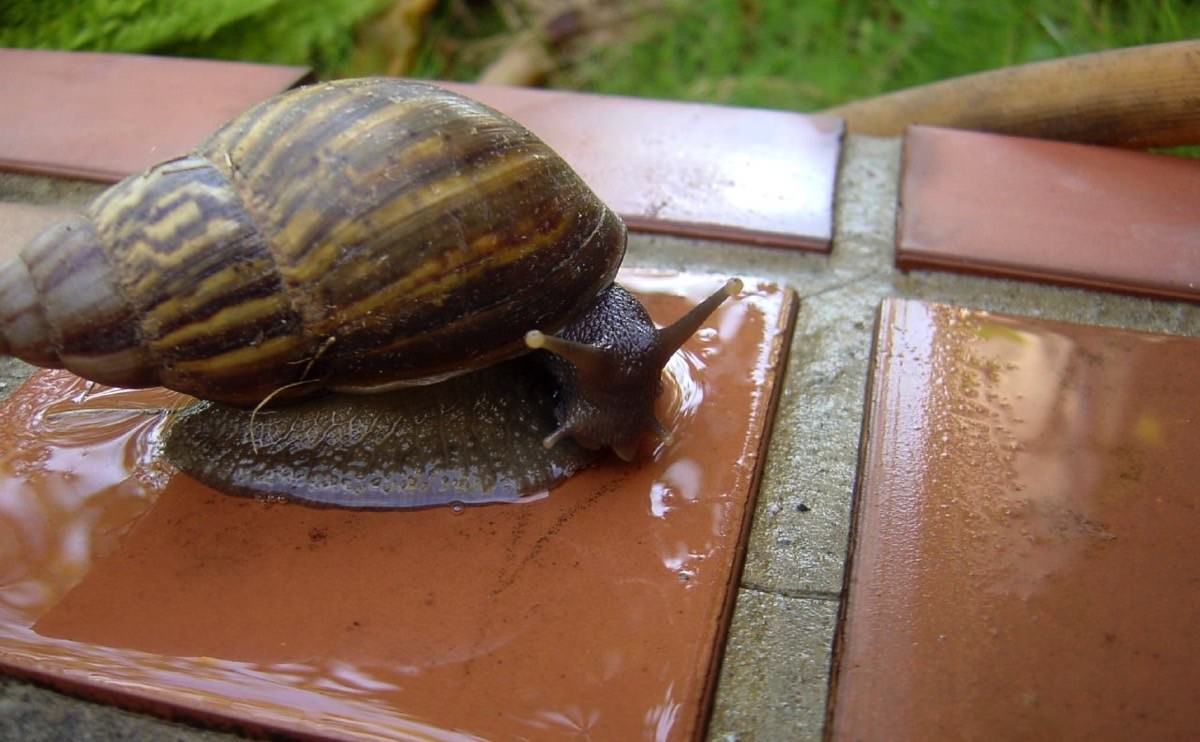 Native to East Africa, GALS is more precisely known by its scientific name, Achatina fulica. The snail is enormous – eight inches long in some cases – and is such a voracious eater that in Florida it’s not just a hazard to crops: it’s been known to devour stucco and building foundations. Of all the invasive species in Florida, the snail might not seem as scary as pythons or as entertaining as a monkey, but for agriculture, the snail is among the worst.

GALS eats, upon rough estimation, literally everything that’s ever grown. It will eat basically any crop. It will eat fruits, vegetables, leaves, stems, and roots. It sometimes eats sand and small rocks, for reasons not well understood. It has been known to eat bones. It will on occasion eat other GALS. It’s a hermaphrodite that needs no partner to reproduce, and will reproduce often in the nine or so years it lives. And even scarier, it’s known to carry pathogens that can infect humans, including nasty diseases like meningitis.

GALS was first spotted in Florida in 2011, and the state, with unusual vigor, has been trying to stamp it out ever since. This week the Florida Commissioner of Agriculture, Adam H. Putnam, announced that serious progress has been made: More than 159,000 GALS have been eliminated in the past four years, and collection efforts have shown that the population is dropping rapidly. “The eradication program has been very effective, shown by the fact that the number of snails collected weekly has dropped from several thousand at one point into the single digits,” writes Randall Weiseman at Southeast AgNet.

The eradication effort hasn’t stopped, of course: Teams of staff and detector dogs search key areas (places with lush greenery are favorites for the snail, and you can imagine there are quite a few of those in Florida) to capture and kill the snails. But signs point to the reign of the snail being short-lived in the Sunshine State.