And it doesn't make up for downward trending diversity in other regions. 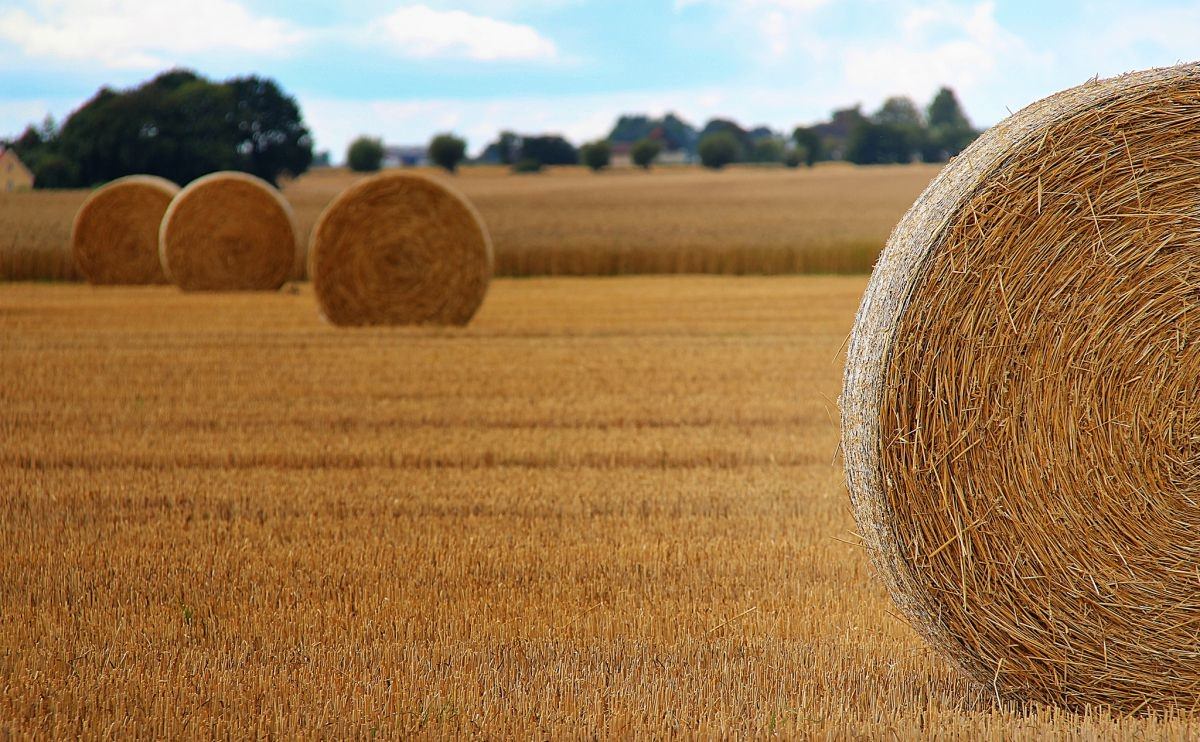 The study – which was published in the scientific journal PLOS One, and led by Kansas State University, North Dakota State University, and the US Department of Agriculture itself – looked at the USDA’s crop diversity data spanning from 1978 to 2012, a period of time that’s seen a few key upheavals in the way agriculture works in this country. One is the great rise in ethanol, and the need for plants that can be used to fill our gaping maw for fuel. Another is globalization and the narrowing of key crops for export around the world. But these trends, among many others, have affected different regions in different ways.

As a whole, crop diversity is lower than it was in 1978, which is kind of crazy given what we know now about the importance of diversity. In recent years, farmers have begun to realize the holistic nature of agriculture; that every little thing depends on every other little thing, and that scrapping dozens of crops for just a single one – like, say, corn, or soybeans – can have some nasty effects. From Sustainable Table:

Biodiversity is important at all scales of the agricultural landscape. From billions of different soil microbes that help cycle nutrients and decompose organic matter, to wasps and bats that help reduce crop pests, to birds and insects that pollinate high value crops, biodiversity helps farmers successfully grow food and maintain sustainable farm landscapes.

The new study maps in ever-tightening circles, so we can see trends from the country as a whole down to broad growing regions down to even individual counties. What it finds is that crop diversity is heavily affected by the country’s breadbasket, from the Dakotas down to Texas and as far east as Ohio. On the coasts, crop diversity took a dive from 1978 to about 1987, and then raised to right around its 1978 levels by 2012. And one region, the Mississippi Portal Region (which includes parts of Mississippi, Louisiana, Kentucky, and Arkansas) actually raised its crop diversity in the period measured. 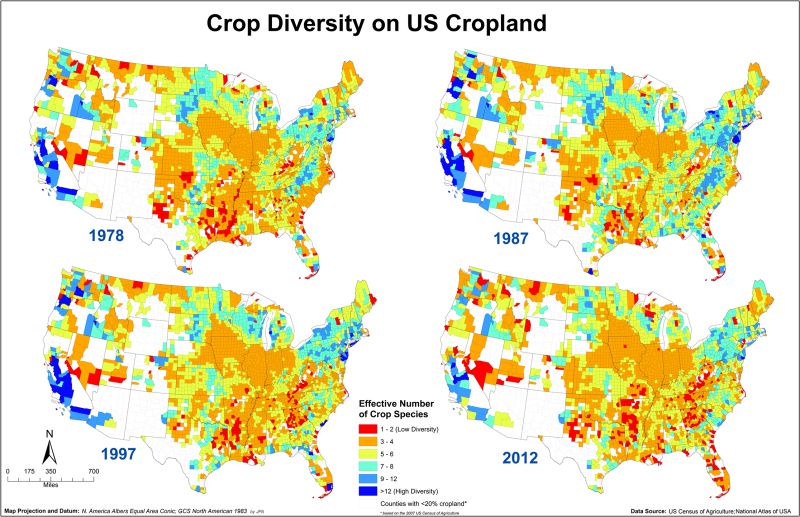 Where things swing south is in the biggest growing regions in the country. The Heartland Resource Region, which includes all of Illinois, Indiana, and Iowa, and parts of Ohio, Missouri, Minnesota, South Dakota, Nebraska, and Kentucky, contributes 22 percent of all US farms, and had by far the lowest crop diversity. That region’s diversity has steadily dropped since 1978, with the many farms focusing almost exclusively on corn and soybeans. You can read the entire study here.