Are there chicken cages in Alcatraz? 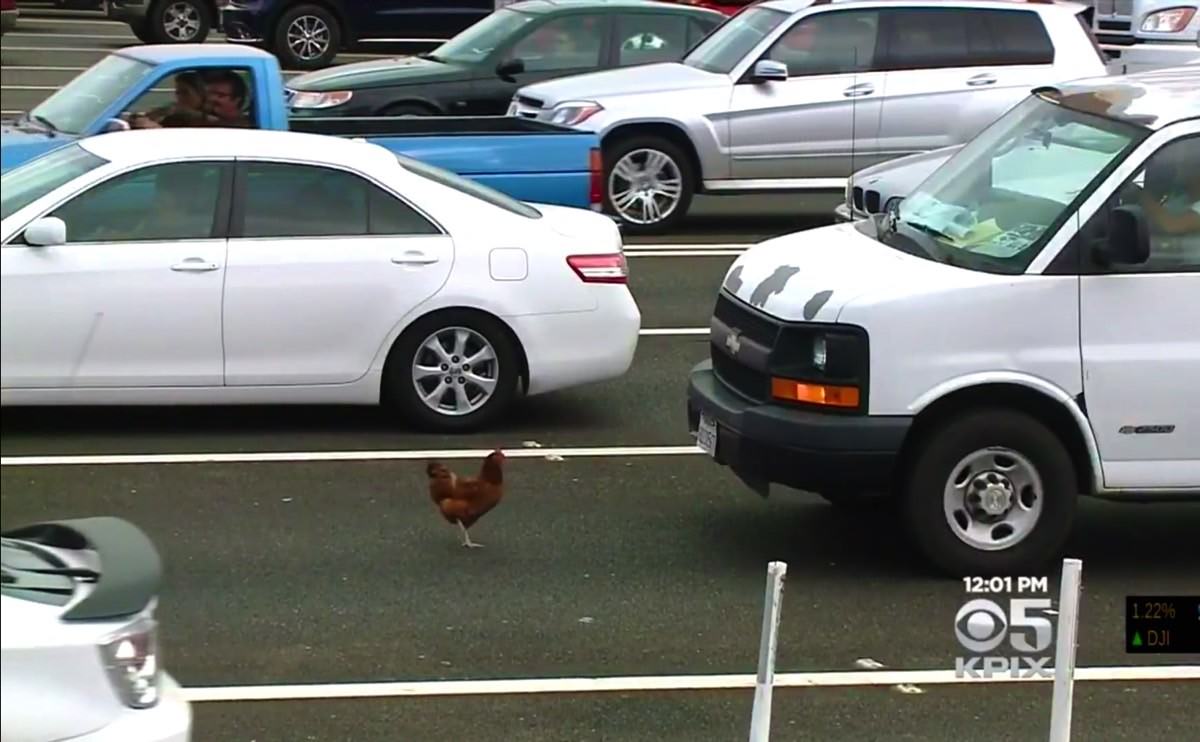 For more than four hours, one feathered fugitive made a truly egg-cellent mess of the Bay Bridge, which connects San Francisco with Oakland. A common brown hen was first spotted early in the morning, at around 5:50 AM local time, wandering around the tollbooth area. Not too big a deal at that time! People were, mostly, amused.

But as the bridge filled up with the usual weekday morning rush hour commuters, the situation turned anything but sunny (side up).

Bay Bridge METERING LIGHTS ON BACKED UP TO THE FOOT OF THE MAZE THERE ARE REPORTS OF A BROWN CHICKEN RUNNING AROUND IN THE FASTRAK LANES – Tom Benner (@benneradio) September 2, 2015

Both commuters and the authorities were unable, at first, to halt what can only be described as a traffic fowl.

CHICKEN UPDATE: Caltrans said they are letting it run the toll plaza for now. http://t.co/ksF9tmiNnO pic.twitter.com/0wKU55uM6j

But by 10:10 AM, to everyone’s relief, the birdbrains over at animal services managed to capture and subdue the chicken, placing it where all escapees end up: the back seat of a squad car. 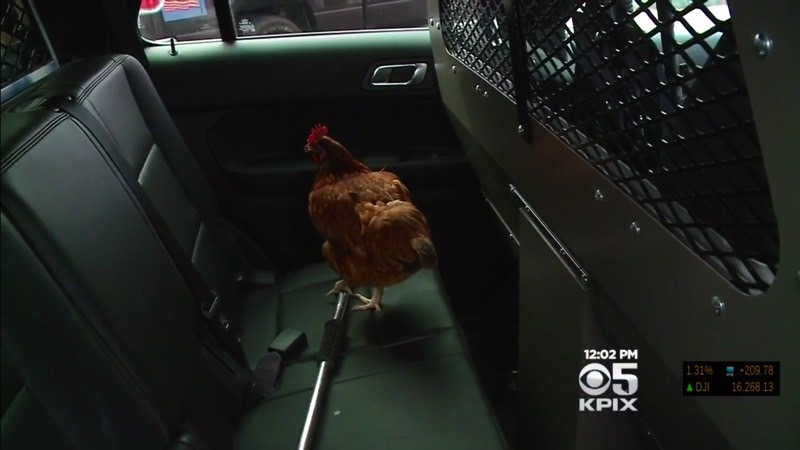 No word as yet regarding the eventual whereabouts of the chicken.

Popular
The Potential of Propolis for BeekeepersHolly Regan
Yes, the Government Really Does Stash Billions of Pounds of Cheese in...Emily Baron Cadloff
7 Smokable Plants You Can Grow That Aren’t MarijuanaBrian Barth
How to (Actually) Get Rid of Fruit FliesEmily Baron Cadloff
What to Do With an Abundance of PeppersShelby Vittek
Explore Modern Farmer
Related
Plants
Why You Should Grow Almonds and Thyme TogetherShea Swenson
Plants
This Seed Detective Travels the World Tracking Down Lost CropsEmily Baron Cadloff
Environment, Plants
Making the Case for IntercroppingShea Swenson
MTMF
Meet the Modern Farmer Helping Immigrant Farmers Sell Their ProduceBridget Shirvell
wpDiscuz
We use cookies on our website to give you the most relevant experience by remembering your preferences and repeat visits. By clicking “Accept”, you consent to the use of ALL the cookies.
Cookie settings ACCEPT
Privacy & Cookies Policy