The pesticide may not kill them, but the effect it has is very strange and possibly harmful in ways not expected. 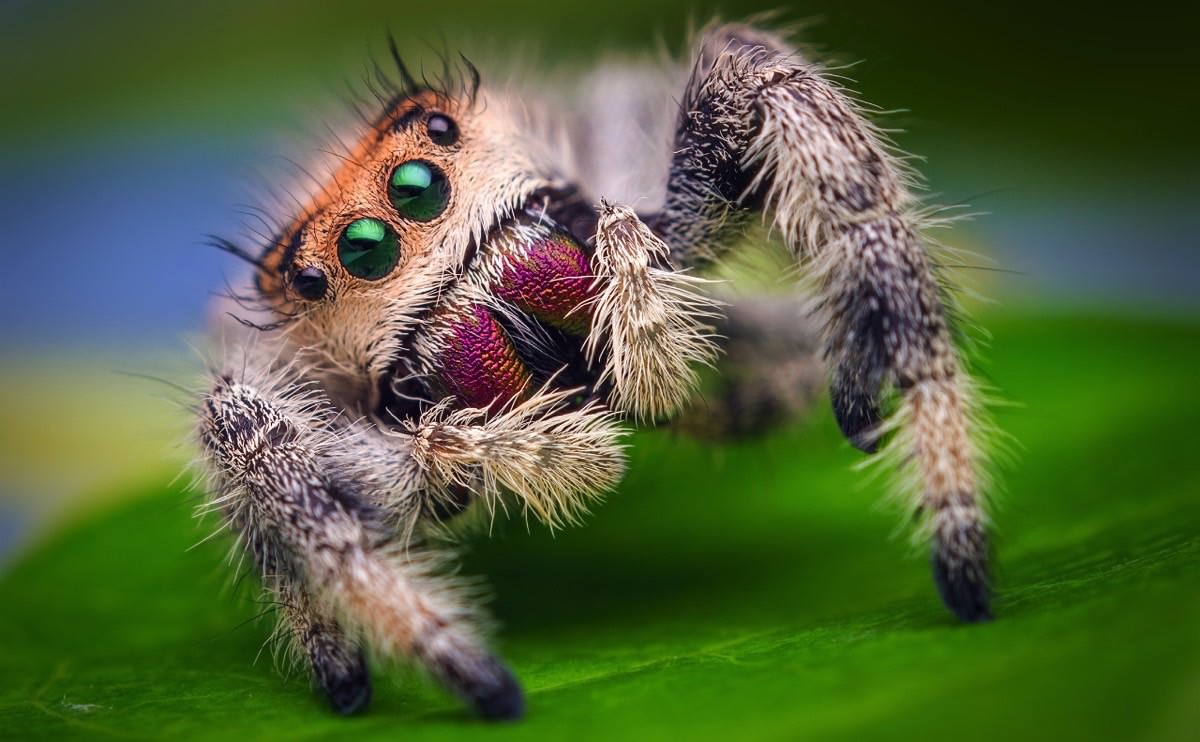 The pesticide the researchers tested is called Phosmet, which is widely used especially in apple orchards to target the codling moth, whose larvae is known as the apple worm. Phosmet is rated as highly hazardous even here in the States, and is well-known to be extremely toxic to bees. Bees, of course, are a beneficial and arguably essential element of agriculture, responsible for pollinating crops.

But Phosmet, when used in careful doses, is considered non-lethal to the bronze jumping spider. This species of spider is known as a beneficial creature to agriculture, feeding on pests like the oblique-banded leafroller. Given that it’s non-lethal, legislation allows it with no restraints based on its effect on this variety of spider.

Yet the new research finds that the pesticide does indeed have an effect, and a very strange one at that. The bronze jumping spider, say the researchers, has two distinct personality types, which you could think of as broad spectrums of behavior. One is considered more “bold,” prone to aggressive behavior and more predation, while the “shy” personality hunts less, eats less, and attacks less. (The distinction was made largely through a mirror test; bold spiders attack the mirror, while shy spiders shy from it.)

Phosmet, say the researchers, causes the spiders to behave unpredictably. Shy spiders may behave aggressively. Bold spiders may stop eating as much. It’s an effect not dissimilar from recreational drugs or alcohol on humans. “It means we can measure the effects of insecticides before any effects on the spider population as a whole are detected, and in this case, it’s raising some red flags,” says Chris Buddle, the co-author of the paper, in a release.

This is all part of a deeper and more inclusive look at exactly how pesticides affect the environment. It remains to be seen exactly what kind of effect pesticides have on this population in the macro sense, but by examining the building blocks of the pesticide’s effects, you can build a more complete picture of exactly what’s going on. And in this case, what’s going on isn’t good.