We’ll Have The Carrot Liqueur, Please

Could this be the start of a new wave of vegetable-flavored liqueurs? 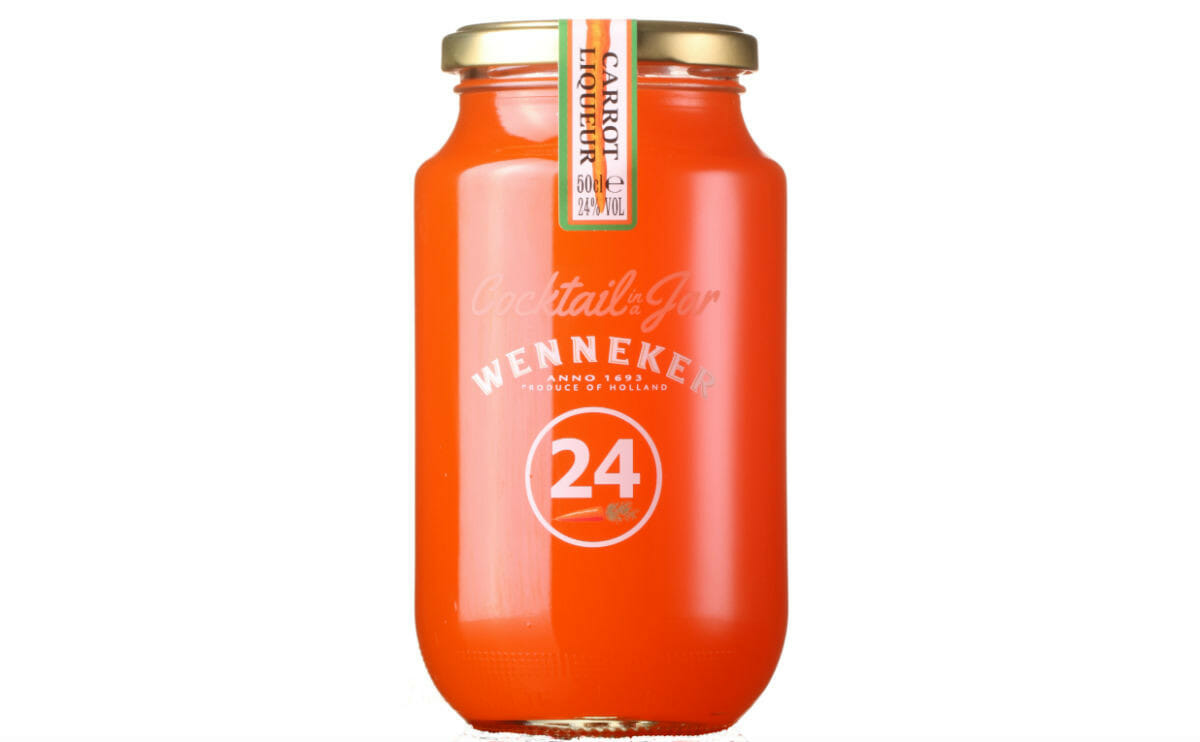 From bittering liqueurs like Campari and Fernet to herbal liqueurs like Chartreuse, today’s bargoers have a huge selection of sweetened alcohols to drink alone or in cocktails. But one avenue that hasn’t really been explored is that of vegetable liqueurs – at least, until now.

Most liqueurs are made from fruits, spices and/or herbs: Amaretto, Triple Sec, Cointreau, schnapps and the various cream-based liqueurs (cassis, menthe, cacao) come to mind. Very few are made from vegetables for the same reason that few desserts are made from vegetables: It takes a skilled hand and an adventurous palate to sweeten them. (One exception would be Cynar, a liqueur made from artichokes and many herbs and spices.) But one vegetable that takes well to sweetness has been exploited by Wenneker, a Dutch distiller: the humble carrot.

Wenneker has been around since 1693, and is primarily known for its genever, a gin-like spirit popular in the Netherlands. This year, the company introduced its punny Wenneker 24 Carrot Liqueur, a 24-percent alcohol-by-volume liqueur packaged in a Mason jar.

“We saw the trend to drink cocktails in a jar coming up in the USA, which idea we liked,” writes Carmen van den Maegdenbergh of Wenneker in an email to Modern Farmer. (Her English is not perfect, but is wholly understandable, so it’s preserved intact.) The company is very excited about using a Mason jar. “Because once the jar is empty, one can perfectly use it as a jar to serve a cocktail in,” she wrote.

Van den Maegdenbergh says that savory cocktails, as well as “healthy” cocktails, are becoming more popular, and that the carrot seemed the perfect fit. She’s right; Eater recently published a list of the best carrot-based cocktails in New York City, so the liqueur is right on trend – albeit a small trend.

The liqueur is made from an extract of carrots grown in France, as well as a carrot distillate. When I asked about the flavor of the liqueur, a bright orange, cloudy liquid, van den Maegdenbergh said, “Think of carrots, freshly picked from sandy soil on an early summer morning.” As a sweet, rather than bitter, liqueur, the company recommends that it be used in simpler, sweeter cocktails, or drunk alone. They specifically mentioned mixing it with prosecco, mixed into a daiquiri, or in a Notkinglooie.

Could this be the start of a trend for new crop-based liqueurs? We eagerly await the announcement of alcoholic kale.