The Quest To Reintroduce Biblical Sheep To Israel

A gorgeous, intimidating, four-horned (!) sheep might be making a long journey home. 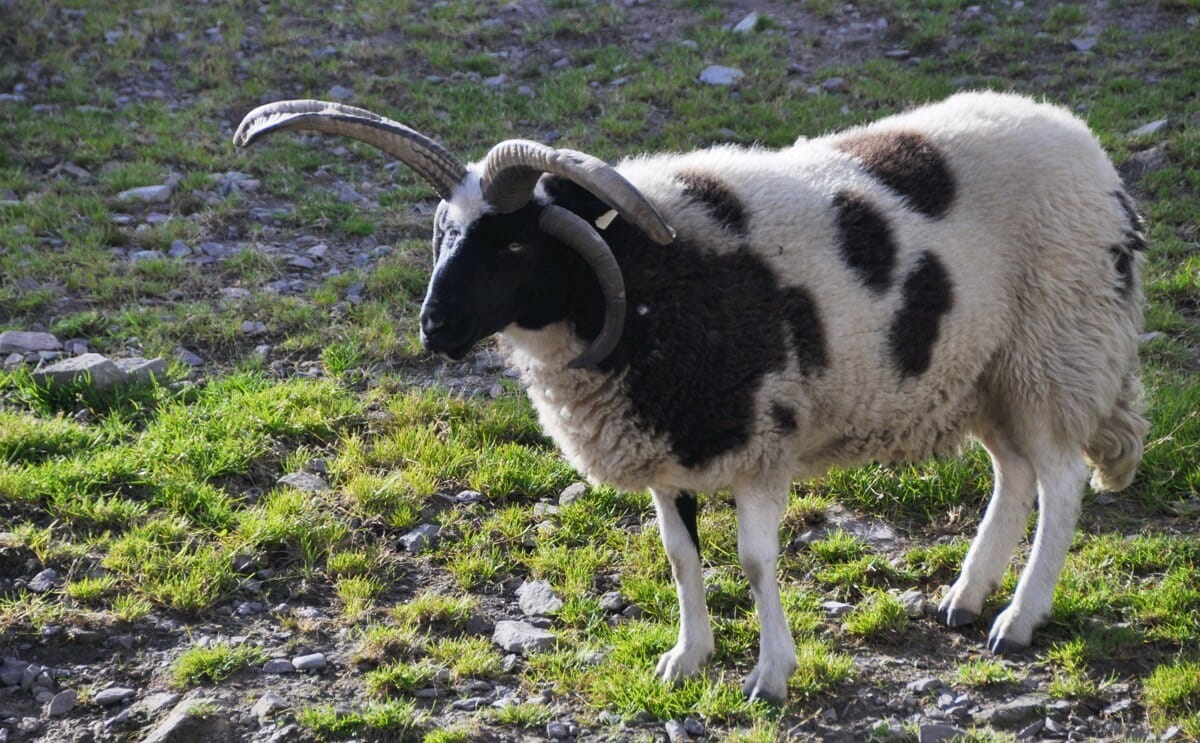 These days, this fairly recently-named Jacob sheep is a very rare breed, with only a few thousand in existence. Gil and Jenna Lewinsky want to bring it back to Israel. Back home.

Nobody is really sure if the Jacob sheep is really the breed mentioned in the Bible, but certainly it dates back a few thousand years. There are only around 5,000 Jacob sheep left in the world, and it’s the North American ones that tend to be the most purebred. As it’s a small and an heirloom breed, it’s not very common, so there’s very little money in Jacob sheep husbandry. But the breed has its fans, especially among those who care about the history of sheep breeds, and the Lewinskys are two of the biggest.

The Lewinskys have 80 Jacob sheep on their farm in British Columbia, Canada. They are attempting to create a park in the Golan Heights, formerly Syrian territory now (sort of) part of Israel, to which they’ll bring a collection of Jacob sheep for educational purposes.

The Jacob sheep is a particularly striking breed. It usually boasts four horns, two large and curving over the head and two smaller ones on either side of the face. It’s a piebald, or spotted, sheep, typically black and white, and is relatively small and compact. It’s sometimes described as goat-like in appearance, which may be due to the fact that it’s a spectacularly old heirloom breed, unchanged by interbreeding for thousands of years.

Bringing the sheep into Israel may be tougher than the Lewinskys think; the Israeli agricultural ministry told the Jerusalem Post that there are strict laws for importing livestock, and that there are no special considerations either for Canada or for possibly-biblical sheep breeds. But the Lewinskys seem determined – and, after all, this is a pretty spectacular sheep.