A farmer with unusual ideas about how and why to farm hops tells us what the business is like these days. 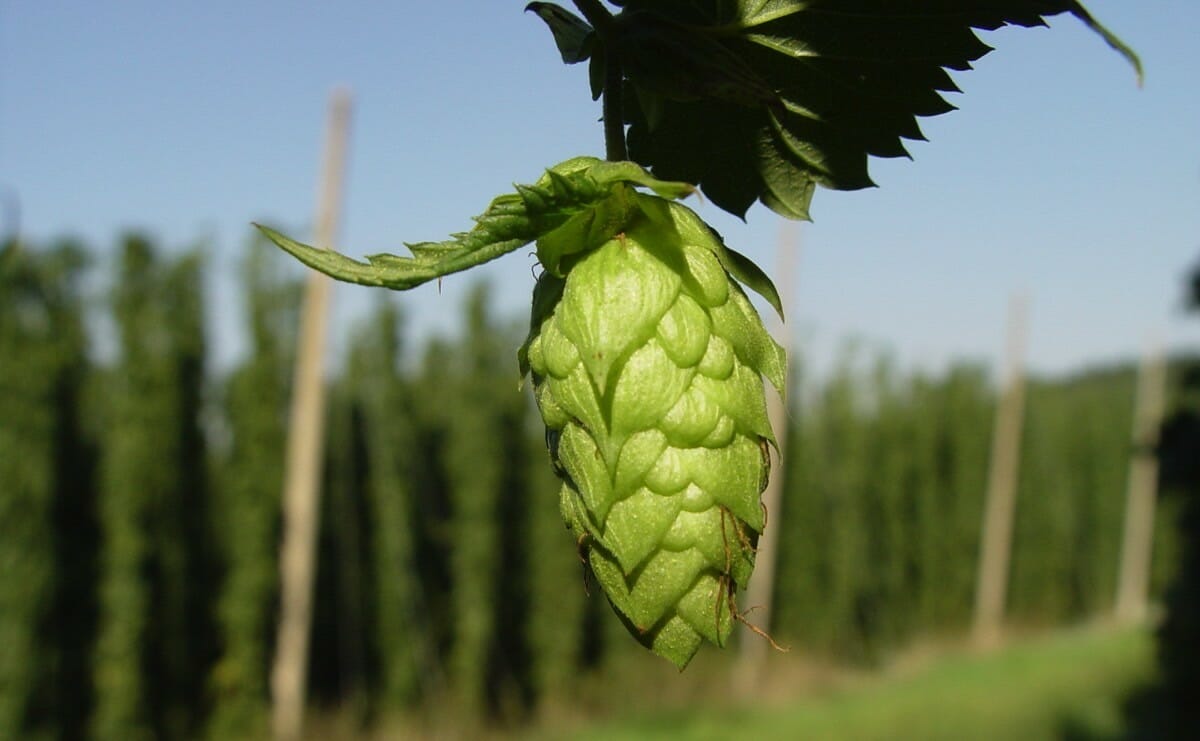 Hoppy beers tend to be (though they aren’t always) more bitter than other beers, thanks to a heavier hand adding hops during the brewing process. In the past decade, there has been an explosion in the popularity of this style of beer, including some absurdly hoppy beers like the Gluttony Triple IPA from the Midnight Sun Brewing Company in Alaska. There’s even a sort of arms race to be crowned the hoppiest beer of all.

So what’s it like to be a hops farmer these days? To find out more, we spoke with James Altwies, the president and CEO of Wisconsin’s Gorst Valley Hops, a collective that’s doing some really interesting work in the hops field.

Hops are an agricultural product, the female flowers of a plant in the cannabis family. The hop plant is a perennial, just like rhubarb, so it grows back every year without having to replant. There are hundreds of varieties, grown exclusively for the female flowers (known as hops) which are almost exclusively used for brewing beer. They’re climbers and grow vigorously pretty much no matter the climate. “They grow 16-20 feet tall, so there’s a considerable amount of infrastructure that goes into growing hops – poles, high-tensile cable, twine that we hang,” says Altwies. A hop farm looks bizarre and otherworldly.

They also grow very densely, about 1,200 plants per acre at the farms under the Gorst Valley umbrella. “Hops are a very vigorous plant. They grow like crazy, so people ask if hops are easy to grow, I say, hops are easy to grow. They’re not easy to grow properly,”says Altwies. At harvest time, each plant is cut down entirely, and the whole vine is sent through what’s basically a combine, which separates the female flowers from the rest of the plant. Each vine produces about 0.75 to 2 pounds of dried hops.

This is a very strange plant. It’s native to much of the world, including North America, but it isn’t really edible in any simple way. The hop plant was considered a weed before its peculiar properties were discovered, namely that it has specific antibacterial effects. Hops extract creates an unfavorable environment for most microorganisms, meaning that bad bacteria can’t grow. One of the only varieties of bacteria that can survive is brewer’s yeast, making it perfect for beer. And the bitter flavor of hops, normally not that desirable in food and beverage manufacture, serves well to balance out the sweetness of beer. 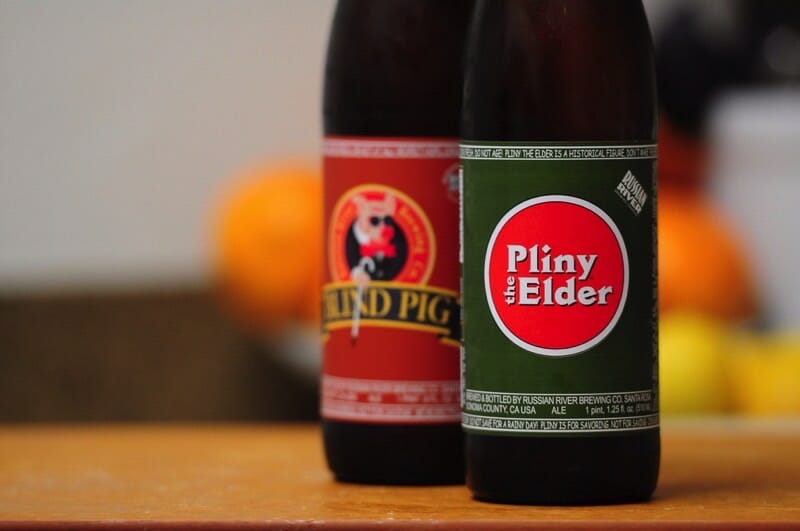 There are hundreds of varieties of hops, but they can be generally separated into two categories: bittering and aroma. Bittering hops are usually added earlier in the brewing process, and are largely used for antibacterial properties as well as bitter flavor. But hops aren’t only bitter in flavor. Aroma hops are used to add all sorts of other flavors. “Some are citrusy, some are piney, some are earthy, some are dank and musty, some are very fruity,” says Altwies. “The brewer really does have a full palate to look for.”

Like a lot of specialty crops, the hops market is dominated by just a few companies. (Altwies names Hopsteiner, Yakima Chief, and John I. Haas as three of the biggest.) And American hops growing is currently dominated by the Pacific Northwest. But hops, as we found out in a conversation with Altwies, is not particular about climate, and can grow pretty much anywhere. More and more growers are popping up all across the country. 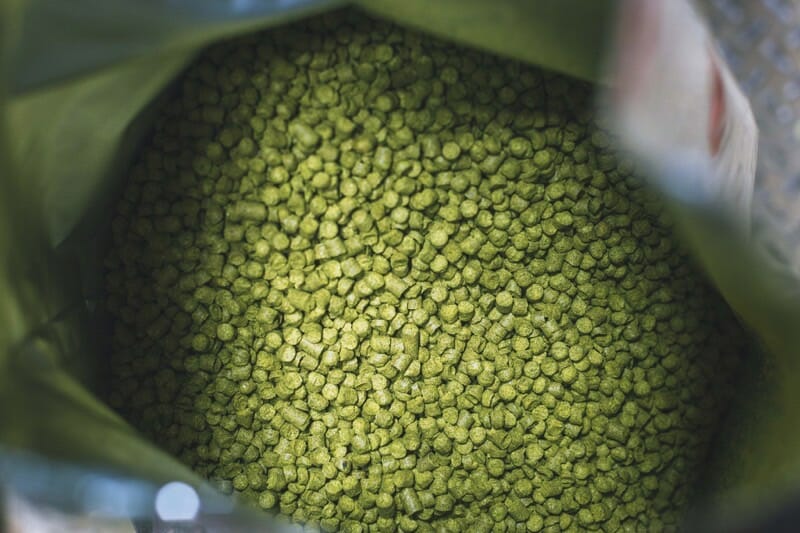 What’s really interesting about Gorst Valley Hops is not just that it’s a collective specifically designed to provide local hops to local brewers in Wisconsin, but also that Altwies is seeking to reignite a bond between the Upper Midwest and the hops plant. Around 150 years ago, he says, Wisconsin provided as much as 20 percent of America’s hops. But by the early 1900s much of the hop industry had moved to the Pacific Northwest. Gorst Valley works with dozens of unusual types of hops, but they’re also working with ones that have gone feral. “In our valleys here, we’ve got numerous wild types,” says Altwies. “Some of them are true natives, some of them are left over from the production heyday in the 1860s and have been left to pollinate and cross for 150 years. We’re finding some of these female plants that have been pollinated are producing very unique flavors that brewers seem to enjoy.”

Hops can be a lucrative crop to grow. The giant providers out in the Pacific Northwest are wholesaling for as little as $3 per pound, but Gorst Valley’s small-scale hops can net as much as $15 per pound, giving the crop the potential to be an extremely profitable plant. At that higher price, hops yield around $25,000 per acre. Compare that to, say, asparagus, which nets less than $1,200 per acre. That kind of money can cause potential hops farmers to develop dollar signs in their eyes, but Altwies cautions that this is no easy plant to grow at those high values. “The reality of that is, if you’re three days off of exactly perfect for your nitrogen application, your yield will suffer. Disease is significant. What we spend on fungicide is ridiculous, but that’s what it takes. We have to train these vines to go up the twine by hand, every year, and it takes five tries, easily. If you train them too late, and could be just five days, you’ll have problems,” he says.

Finding new kinds of hops is a trendy new avenue for brewers, who are always on the lookout for new ways to make better and more buzzworthy beer. It is, all in all, not a bad time to be a hops farmer, all things considered. But this isn’t a field you can get into on a lark. Altwies has decades of experience in research programs for agricultural-chemical companies, as well as a graduate degree in horticulture and environmental physics. He’s seen a lot of folks come strolling in the past few years, trying their hand at hops farming. “They have their beer-colored glasses on. And I’m not going to say it isn’t cool to be in the beer business, but, you know. This is farming,” he says.

How difficult is it to grow hops organically? Our farm has not received any unnatural products in over 30 years. We exceed USDA organic standards. Please don’t tell me fruits and vegetables cannot be grown without pesticides as I have been doing it for 45 years. I also retired from USDA.

I’m from a farming background
Just bought a 120 acre farms in Acton Maine.
Micro breweries everywhere
Your thoughts ?
Thanks

In response to ” One of the only varieties of bacteria that can survive is brewer’s yeast, making it perfect for beer.”
“Yeast is a single-celled organism like bacteria. However, that is about all they have in common. Unlike bacteria, yeast has a nucleus which contains its genetic information and organelles. This makes yeast a complex cell, or eukaryote, whereas bacteria is a simple cell, or prokaryote.” – https://study.com/academy/lesson/what-is-yeast-definition-uses.html

I am looking to partner with someone with experience and expertise to grow hops on a farm on Lake Erie.

Is this,a viable crop for upstate NY… We live in the upper Hudson Valley on the opposite side of the river from Albany, NY… We are zone 5 growing area.

Would like to grow some hops in Wi. for a microbrewery perhaps. Any suggestions for a certain kind?

can hops be grown in central florida?

Can it be grown in India,especially in gangatic plain with alluvial or sandy soil and full sun