No more artificial colors or flavors. No more MSG. More organics. In a can. 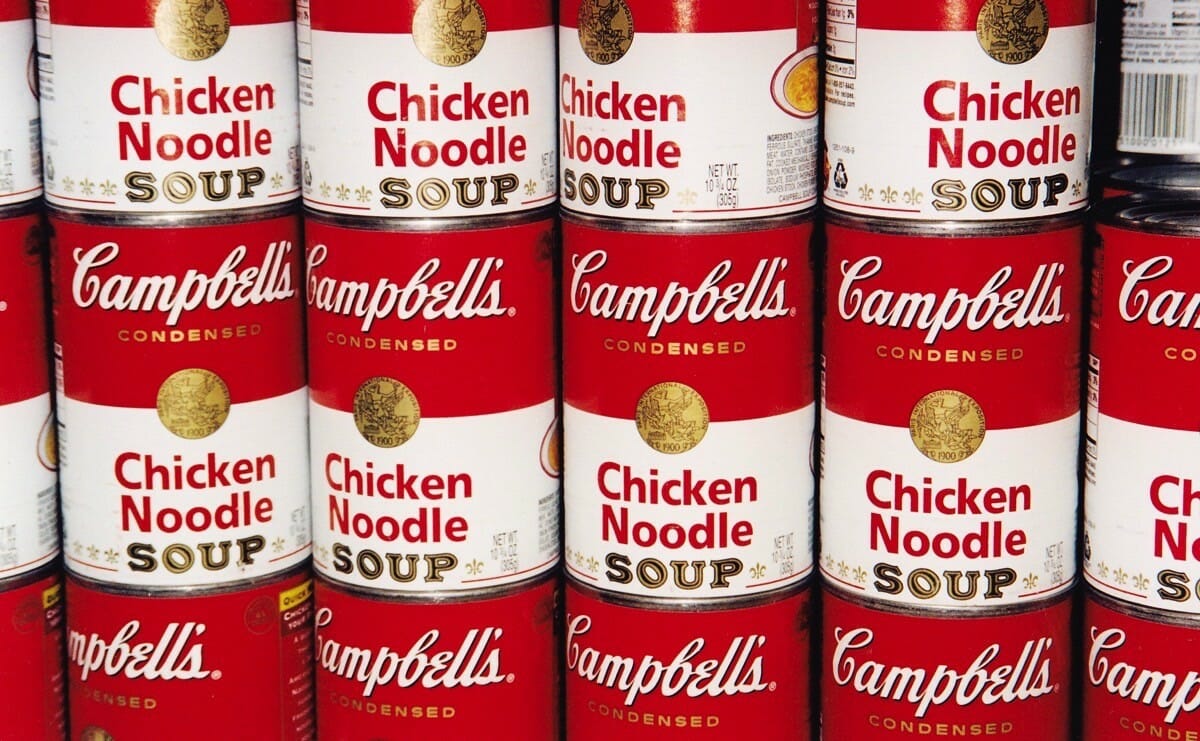 Campbell’s soups, for the most part, are already fairly additive-free; though often high in sodium, the company uses no preservatives and plenty of vegetables. But the company has pledged to make some changes to further streamline the ingredient list of its soups. “We’re talking, thinking and acting differently about the food we make,” Morrison said during the announcement, according to Bloomberg. “We will be more honest about what goes in our food, how we made our food.”

For one thing, that means eliminating any artificial flavors and colors added to the soups. That puts Campbell’s firmly on trend; companies like General Mills have also recently pledged to eliminate these ingredients from their products. But Campbell’s is going a few steps further.

The New York Daily News reports that the company will also eliminate monosodium glutamate (MSG) from any soups aimed at children. (This despite the fact that MSG is a naturally occurring additive that has never actually been linked with any health problems. But still!) The company will also scale back on its use of high-fructose corn syrup, though it’s unclear if that means it will replace the syrup with other sweeteners or reduce the use of sweeteners entirely.

You keep saying your taking msg out of the soups but haven’t yet.

MSG may not be linked to any health problems but are you aware it is the number one trigger of migraines? I have fought migraines for years not realizing almost all chicken products and soups contained MSG.

There are loads of studies showing the msg used now, is a chemical additive and not naturally occurring. It causes a whole load of problems from migrains, bloating, hyperactivity, and, in my case of horrible painful diarrhea. I have been so sick with pain and dehydration, I have come close to being hospitalized. It took me years of serious health issues to figure it out. Just look at the plethora of drung to treat IBS, IBD, and Crohn’s. So farvotvis 2019 and the ingredients in most of Campbell and progressive soups still contAin msg. Of course otvis also in most… Read more »

because of MSG, I carry an Epi-Pen with me at all times. I get a severe reaction, my lips and face swells up terribly.

I’m so, so happy to hear this. I wish everyone would remove it. I get awful migraines from MSG.
Way to go Campbell’s!!!!

This info is almost 5 years old and Campbell’s still has MSG in their soups, terrible health reactions to this additive….. STop NOW!!!!!!

Msg is a neuro toxin that can make people very sick. It should be outlawed

Campbells – the HFCS, MSG & salt soup company: I’m tired of reading articles about Campbells, that talk about removing MSG, High Fructose Corn syrup (GMO grade), salt reduction, etc. They obviously don’t do what they talk about in the articles they have written. There’s a book out, “MSG – The taste that Kills”, that discusses how MSG, among other things, kills brain cells. I routinely call Campbells consumer line and complain about all these additives & chemicals that don’t belong in any soup, and later notice that nothing gets done. As a result, their soup sales are “off” about… Read more »